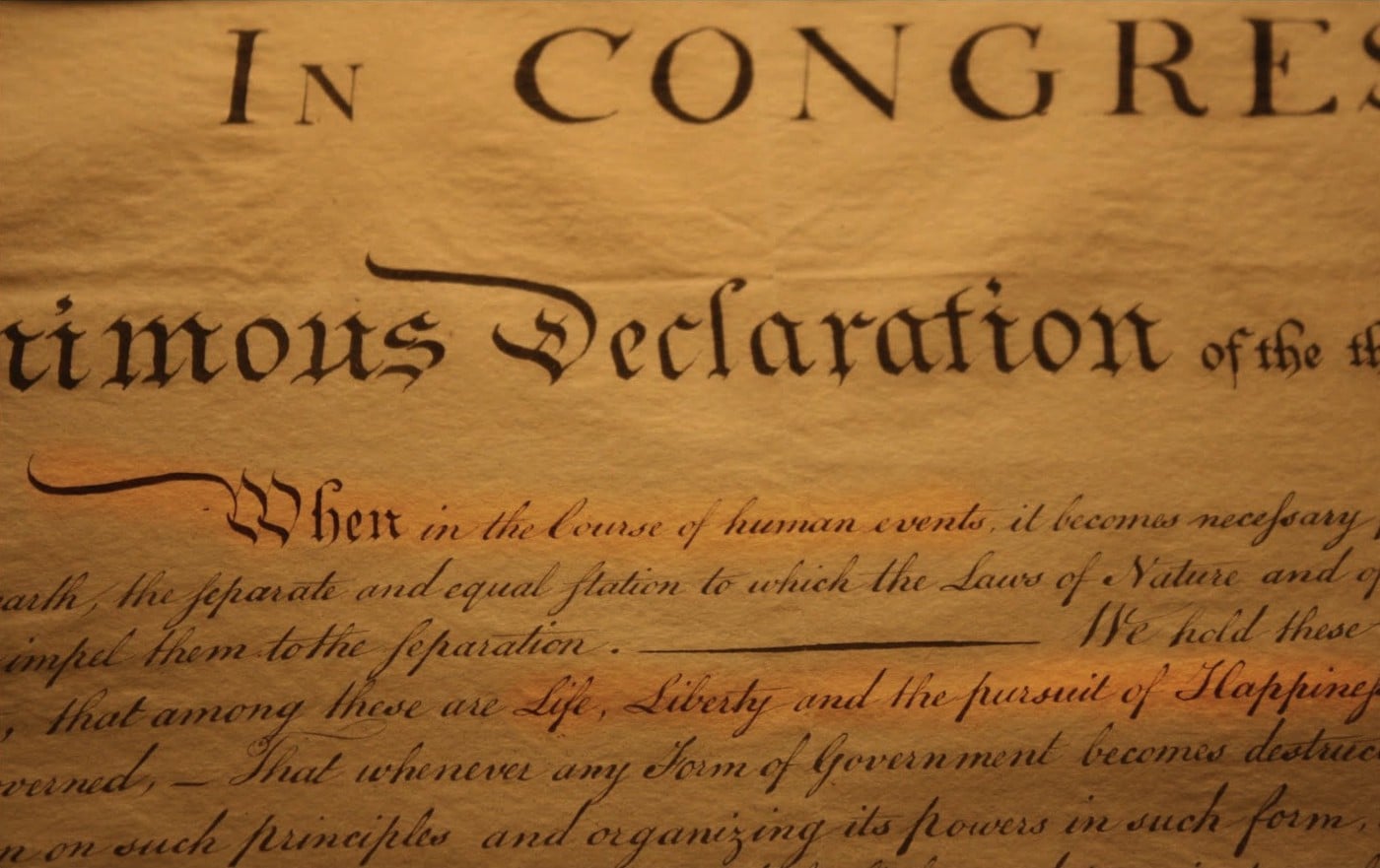 How about we do something novel in the new year? Let’s stop worrying about the stuff most politicians, pundits, and activists want us to worry about and instead think about ourselves, our families, our friends, and whatever communities we choose to be part of. Let’s forget about “the country” and the rest of the world. Let’s individually pursue happiness.

All I’m saying is that it’s finally time for the politicians, bureaucrats, and know-it-all intelligentsia, left or right, to get out of the way and let us set our own agendas.

Too self-centered? Well, too bad. Much evil results from people failing to mind their own business. But what I have in mind does not involve wishing other people ill or seeing life as a zero-sum game in which you can win only if others lose. On the contrary, we benefit from other people’s, including distant strangers’, good fortune because at the very least it opens up opportunities for mutual gains from trade. (“The division of labor is limited by the extent of the market,” the wise Adam Smith pointed out some time ago.) In reality, it opens up so much more.

There’s little chance this sort of world would result in what is often stigmatized as “selfishness.” The vast majority of us understand that truly caring about oneself necessarily means caring about other people in a variety of proper ways. In fact, the person who claims to care only about himself actually cares little even about himself. That’s why mutually beneficial social arrangements have been bottom-up affairs. As Thomas Paine recognized in The Rights of Man:

Great part of that order which reigns among mankind is not the effect of government. It has its origin in the principles of society and the natural constitution of man. It existed prior to government, and would exist if the formality of government was abolished. The mutual dependence and reciprocal interest which man has upon man, and all the parts of civilised community upon each other, create that great chain of connection which holds it together. The landholder, the farmer, the manufacturer, the merchant, the tradesman, and every occupation, prospers by the aid which each receives from the other, and from the whole. Common interest regulates their concerns, and forms their law; and the laws which common usage ordains, have a greater influence than the laws of government. In fine, society performs for itself almost everything which is ascribed to government.

Yet the policy elite and much of the ideological left and right don’t want us to understand this. They have other plans for us. They always do, don’t they? So they can’t let us get it into our heads that their agendas are illiberal impositions.

The ruling establishment and its mouthpiece media try to keep us agitated by a variety of threats. As Ted Galen Carpenter notes,

In recent years, U.S. executive branch officials and members of Congress from both political parties have routinely portrayed Russia or China (and frequently both countries) as existential threats to the United States. It also is becoming increasingly common to find news articles or opinion pieces that adopt the same theme. Moreover, a significant number of politicians and analysts put smaller powers, especially Iran and North Korea, and even non-state actors, such as Al Qaeda and ISIS, in that category. The concerted campaign on the part of opinion-shaping elites to hype the danger from such sources is leaving an indelible mark on public attitudes. Many Americans now believe that their country faces multiple, horrifying threats.

More sober reflection should cause the public to conclude that the dangers are greatly exaggerated, and that the individuals, agencies, and organizations that foster such hysteria are not doing the country any favors. (“Paranoid Superpower: Threat Inflation is the American Way.”)

Do the real or imagined threats to Ukraine or Taiwan really represent existential threats to the world including the American people?

Then there’s the so-called climate emergency, which doesn’t exist. After more than 40 years of the most ridiculously bad predictions of the imminent catastrophe, it’s time for those who still take the doomsday scenarios seriously to realize that “Wolf!” has been cried too many times. The same goes for other “crises,” like the ones supposedly presented by immigrants, global free trade, and the allegedly rampant racism, sexism, anti-Semitism, and the assortment of imagined phobias.

We can also tell the “woke” left and the national conservative right that we have our own lives to live, thank you very much. And, no, we don’t have too much freedom, no matter what they may think. They can include us out of their culture wars.

The point of freedom is to be left unimpeded in our own individual and voluntary cooperative pursuits. It will forever be remarkable that the Declaration of Independence specified “the pursuit of happiness” in its examples of unalienable rights. Let’s never forget it.