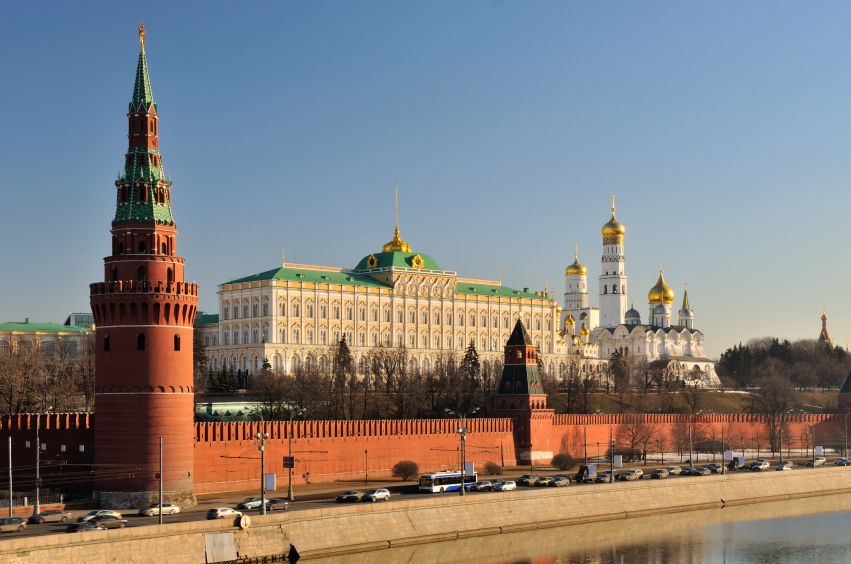 If the reader will indulge me, I want to relate some further thoughts about the concern over Russia and the American political system. For the sake of discussion I will assume that expressions of this concern are sincere, that “Russia” did what it’s alleged to have done, and that the American political system, over which officialdom is fretting, is generally wholesome. (In fact, I believe those assumptions to be rubbish.)

Nothing exemplifies the divide between the intelligentsia and regular people than the apparent divergent reaction to the phrase “exposed to Russian propaganda.” For most politicians and pundits, no words should strike greater fear in our hearts than those words. Nothing — perhaps not even climate change — could be worse. Yet I have the impression that most other people don’t feel that way. I don’t find it coming up in everyday conversation. From that, I infer that regular people have more good sense than most card-carrying members of the intelligentsia (again taking those members at their word and not as mere H. Clinton supporters bent on retribution for the theft of her birthright).

Polls may indicate otherwise, but maybe that’s because people think pollsters will judge them poorly if they appear unconcerned. A close look at what we’re supposed to be concerned about supports my case for apathy.

Yesterday I was reading a Wired article about Cambridge Analytica that contained this sentence:

The sentence linked to an Oct. 5, 2017, Washington Post article — “Russian propaganda may have been shared hundreds of millions of times, new research says” — to which I next turned. There I found this:

Facebook has said ads bought by Russian operatives reached 10 million of its users.

But does that include everyone reached by the information operation? Couldn’t the Russians also have created simple — and free — Facebook posts and hoped they went viral? And if so, how many times were these messages seen by Facebook’s massive user base?

The answers to those questions, which social media analyst Jonathan Albright studied for a research document he posted online Thursday, are: No. Yes. And hundreds of millions — perhaps many billions — of times.

In other words, to understand Russia’s meddling in the U.S. election, the frame should not be the reach of the 3,000 ads that Facebook handed over to Congress and that were bought by a single Russian troll farm called the Internet Research Agency. Instead, the frame should be the reach of all the activity of the Russian-controlled accounts — each post, each “like,” each comment and also all of the ads. Looked at this way, the picture shifts dramatically. It is bigger — much bigger — but also somewhat different and more subtle than generally portrayed.

The Post explains that Albright looked closely at six of the 470 alleged “Russian-bought [Facebook] pages and accounts [since closed down] … and also has downloaded the most recent 500 posts for each of them.” The Post continues:

For six of the sites that have been made public — Blacktivists, United Muslims of America, Being Patriotic, Heart of Texas, Secured Borders and LGBT United — Albright found that the content had been “shared” 340 million times. That’s from a tiny sliver of the 470 accounts that have been made public. Even if those sites were unusually effective compared to the 464 others, Albright’s findings still suggest a total reach well into the billions of “shares” on Facebook.

Frightened yet? Well, hold on.

The Post explains that Albright measured the Russian impact first by “shares”: “how often a post may have made its way into somebody’s Facebook ‘news feed’ — without determining whether any of these users actually read the post” (emphasis added). But more importantly, he is also measured it by “interactions”: “the number of times individual users acted on what they had read by sharing a post with their Facebook ‘friends,’ hitting the ‘like’ button, making a comment or posting an emoji symbol.”

That measurement for those six accounts, Albright’s research showed, was 19.1 million. That means that more people had direct ‘interactions’ with regular posts from just six accounts than saw the ads from all 470 pages and accounts that Facebook has identified as controlled by the Russian troll farm in St. Petersburg, called the Internet Research Agency.

To recap, Russians posted stuff on Facebook that came across millions of people’s news feeds to which many of those people reacted in one way or another. No one can say the material — which contained content sympathetic to conservative and progressive causes, as well as uncontroversial statements — was precisely targeted (as though that were some kind of science) or that anyone actually read it. Sharing, “liking,” commenting on, or posting an emoji symbol to something in a news feed is no guarantee that any particular person paid close attention to or even read that particular item. In other words, we’re given no grounds to believe that this Facebook activity was of any significance whatever.

That conclusion is reinforced by what the Post goes on to tell us:

The other revelation in Albright’s download, including thousands of posts he has put online in an interactive graphic, is that most of them have nothing to do with the Nov. 8 election. Instead they are tailored to fit seamlessly into the ordinary online conversation of their particular audiences — politically activated African Americans, gay women, Muslims and people concerned about illegal immigration, Texan heritage or the treatment of veterans. There is talk of political issues, but relatively little about voting for Republican Donald Trump or against Democrat Hillary Clinton. [Emphasis added.]

If that is so, then how could it have affected potential voters? If that’s the best Putin can do, then why worry? I’d worry more about the Keystone Kops.

Albright thinks what the Russians were up to was keeping people at home rather than getting them to vote one way or other: “A lot of these posts had the intent to get people not to vote.”

How can he know that? Unless a post says, “Boycott the election.” or “Stay home on November 8,” how can one tell a right-wing post intended to keep people home from one intended to mobilize the Trump vote? You can’t.

You especially can’t when the posts included these:

“Elvis was pretty good, but he wasn’t Chuck Berry.”

“When a rapper doesn’t need to swear in every line you know they actually have talent! And some brains.”

“Today, those of us in America who see what [sic] happening to our country, to our freedom, to our future are really alarmed. We don’t want that [sic] a free America will only be a legend to our grandkids. But we can change the situation, because America deserves better.”

“Yes, I’m lesbian and proud. No, I’m not going to make out with a girl for your entertainment!”

And let’s not overlook this one: “What do you want for Christmas”?

Some posts contained statistics and dollar figures, like: “Obama is going to admit 10,000 Syrian refugees, about 72% of whom are men of military age. Refugees are pouring into our great country from Syria. We don’t even know who they are. They could be ISIS. They could be anybody. What’s our president doing?”

Are these numbers accurate? Hell if I know. A better question is this: don’t we routinely see the same sort of stuff from domestic sources?

If we believe the people who claim to be so concerned about Russian Facebook activity, we really ought to be concerned about something much deeper: the apparent fragility of American society. For if the Russians can strike a propaganda blow comparable, as some have ludicrously said, to Pearl Harbor and 9/11, isn’t that also true for any number of domestic websites across the political spectrum? What difference does it make that one source is Russian and the other American? You need to be skeptical about any political speech, regardless of its source; therefore, knowing the source is not important in appraising a statement. (The prestigious media use unnamed sources all the time.) We live in a global marketplace of ideas; it’s time we got used to the fact that assertions can come from anywhere. And as long as the U.S. government is policing (often bombing) the world, we should not be surprised if people outside the country may wish to weigh in on American elections. Can you blame them?

Most politicians and pundits don’t see it that way. So they want direct action to keep our politics — WARNING: swallow whatever you’re drinking or you’ll spit it on your keyboard — pure. Yet the people who would crack down on social-media companies and the internet generally to prevent alleged Russian propaganda are logically committed to similar restrictions on domestic sources. Why is homegrown propaganda good and foreign propaganda (excepting Israel’s) bad?

Of course, ridding the political system of propaganda would pose a problem: who would be empowered to decide what is propaganda and what is legitimate campaign content? No doubt a bipartisan commission — modeled on the presidential debates commission — could be arranged.

END_OF_DOCUMENT_TOKEN_TO_BE_REPLACED 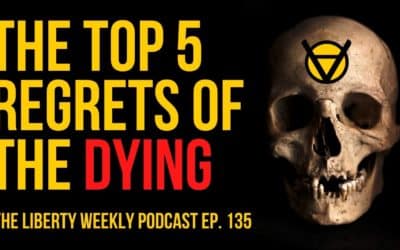 Lessons from the Top 5 Regrets of the Dying Ep. 135

https://youtu.be/sr1dvyNUZTY As Harry Browne said, "Freedom is the ability to do what you want with your life." Keith and I reflect on this message with the help of a few psychological studies of the dying. Subscribe to Keith Knight's "Don't Tread on Anyone" on...