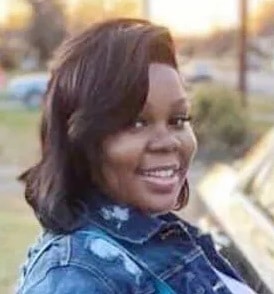 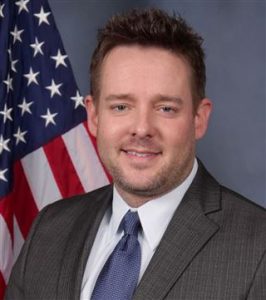 If this one hadn’t gone viral, the “law” would have buried innocent slain victim Breonna Taylor‘s heroic boyfriend Kenneth Walker under the prison for attempting to murder a cop.

Now the tapes of his interrogation have been released. As NBC News explains:

Walker was interviewed just hours after the shooting. He waived his rights to an attorney and emotionally recalled the chaotic night, saying he shot once at what he believed was an intruder before officers opened fire. Days later, the 27-year-old was indicted for attempted murder of a police officer and assault. …

At 4 a.m., hours after the raid, PIU Sgt. Amanda Seelye introduces herself to Walker.

She and her colleague Sgt. Chad Tinnell explain to a tearful Walker that their team is like “internal affairs.”

“We investigate officer-involved shootings,” Seelye says. “We’re here just to try to find out what happened.”

“I’m scared about what to say,” Walker says.

She encourages him to sign the Miranda rights waiver and talk.

“It would be good for you to sign this and then we can get you, get your statement and then we can leave you alone,” she tells Walker. He’s compliant, later also providing his iPhone passcode when Seelye asks for it.

Six days later, Seelye testified before the grand jury that indicted Walker. In a two-minute statement, she described the shooting but did not tell the members of the jury that Walker thought the noise at the door was an intruder.

Do you see what’s going on there? In the name of Internal Affairs — implying that she is investigating the crime of the cops’ murder of his girlfriend, rather than his one defensive round fired — PIU Sgt. Amanda Seelye encourages the innocent heroic victim to admit he fired a shot. Then she went and testified for the prosecution at the grand jury and did not tell the whole truth that he was legitimately afraid for his life and was defending himself — or at least that he even claimed so. They then indicted him in-part based on her description of his admission!

Read the rest of the story to see how the same investigators fed the proper defensive answers to the murderer cop to keep him on the safe side of self-implication:

“That’s kind of like what I was getting to because of your positioning, you know, initially when you’re shot — and then rightfully so, you’re returning fire,” says Vance [Seely’s partner, while she’s standing right there].

“But you know you just said you made a conscious decision, you know, ‘I’m now injured I need to move, so they can protect themselves and me as well,’” says Vance. “And then — I don’t want to put words in your mouth …”

Vance also offers that the apartment’s layout made it a “difficult” location.

“You’ve got to nearly 20 years of police experience, would you, would you say that the positioning of that apartment, made it extremely difficult?” asks Vance.

None of the people responsible for murdering this young woman will go to prison. Not the judge who signed the warrant who no one would even think for a moment could ever possibly conceivably be held accountable in any way whatsoever for his actions — ever, not the cops who pretended to believe the innocent dead young woman possessed “contraband” drugs at her home, not the “Internal Affairs” cop who framed the surviving victim and perjured herself before the grand jury against him, nor her partner who conspired with the guilty murderer to frame his answers in the most exculpatory way. None of them will be held accountable ever. You know it and I know it and boy do they know it.

And you wonder why people riot.

By the way, according to her family’s lawsuit against the city of Louisville, they have credible reason to believe that her death was the result of a city government conspiracy to seize her ex-boyfriend’s land for a big new urban renewal project by trying to tie him to the commission of some drug “offences.” You know who should be surprised by that? Absolutely no one.