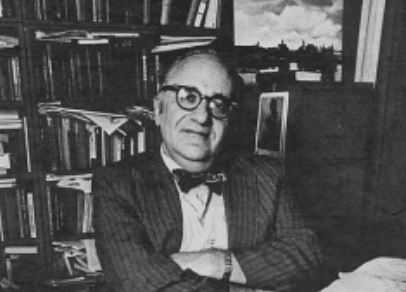 “War is even worse than OSHA and price controls.” –Murray Rothbard

Chris Sciabarra: In September 1980, I extended an invitation to Murray to be among the speakers featured in a nearly week-long “Libertython” sponsored by the NYU chapter of Students for a Libertarian Society—dedicated to exploring the politics, economics, and philosophy of freedom. On September 23, 1980, he gave the second of six scheduled lectures that day. His lecture focused on “The Crisis of American Foreign Policy,” wherein I introduced him to a slightly smaller audience than the event sponsored by the History Department. The size of the audience didn’t matter; for Rothbard, there was nothing more important than the issue of war and peace. As he put it, libertarians were usually quite good in opposing the regulations of OSHA or criticizing the destructive effects of price controls. But when faced with the role of the warfare state as the single most important factor in the expansion of government power: “Blank out”—a turn of phrase he used, giving credit to Ayn Rand—was the typical response he’d witnessed from far too many libertarians. By not focusing enough attention on the role of “war and peace,” all the other issues concerning price control, free will and determinism, and so forth, become “pointless … if we’re all washed away” as a species.

With a bit of gallows humor, he couldn’t resist criticizing the U.S. military’s plan that would whisk away politicians to safety as nuclear warfare becomes imminent such that the “goddamn government” will go on in bomb shelters, while the rest of us perish. As the antidote to war, he cited W. C. Fields, who, when asked by the Saturday Evening Post how to end World War II, remarked: “Take the leaders of both sides or all sides, in the Hollywood Bowl, and let them fight it out with sackfuls of guns.” The Post didn’t publish the comment, Rothbard says, but he yearns for a world that gets back to jousting between the leaders of warring governments, rather than a policy of what Charles Beard once called “perpetual war for perpetual peace,” in which twentieth-century technology had made possible mass murder on an unimaginable scale.

Some will have difficulty accepting Rothbard’s argument that in any clash between “democratic” and “dictatorial” countries, the latter is not necessarily the source of contemporary conflict. In fact, Rothbard argues, the foreign policy of the “democratic” United States has been at the root of many of the global conflicts in the post-World War II era.

During the Q&A session, folks who are familiar with the voice of Don Lavoie will recognize him instantly. Included here as well are several self-acknowledged “digs” that Rothbard takes at the Libertarian Party’s 1980 Presidential candidate, Ed Clark, with some surprising comments on subjects such as immigration policy.

Reprinted with permission from The Mises Institute.