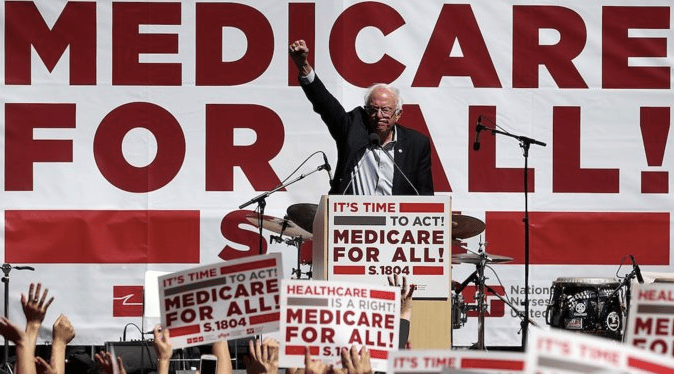 There’s a four letter word beginning with ‘f’ that’s on a lot of people’s lips these days.

Free just might be the most powerful word in the English language. It drastically alters people’s behaviors and can short-circuit mental reasoning like few other words can.

I can vividly remember many years ago when I worked events for a major league baseball franchise. The team would occasionally have “giveaway” nights in which the first 1,000 or 5,000 fans would receive a free souvenir gift.

Mind you, these gifts were typically low-quality, cheap trinkets that most folks would otherwise either never buy or not pay more than a couple bucks for. Valuable memorabilia autographed by star players these most definitely were not.

But because they were advertised as “free,” people lined up an hour or more before games to ensure their spot in line to get one. And the panicked and outraged looks on people’s faces after we ran out of the souvenirs struck me as completely irrational. Why do people get so worked up over something so cheap, just because it’s “free”?

It’s this experience that sticks with me as I see the groundswell of support for politicians like Bernie Sanders promising voters “free” stuff like healthcare, college and daycare. If people got that excited over a cheap souvenir given away for free at a baseball game, just imagine how downright hysterical people will get over the thought of getting such vital and expensive services like healthcare and college for “free.”

There’s just something about the idea of getting something for free that makes people lose their minds.

And don’t dare try to convince the average Bernie supporter that nothing in life is free. Just like the lottery player wouldn’t care how his winnings would be paid for, Bernie bros can’t be bothered with the notion that all this “free” stuff actually comes with a cost.

And when pressed for a price tag, Bernie himself can’t seem to be bothered to come up with an answer.

Witness his February 60 Minutes appearance, when Sanders unapologetically answered, “No, I don’t” when directly asked if he had a price tag for all his programs.

Nothing in life is free

As the old saying goes, “there’s no such thing as a free lunch.”

When politicians promise free stuff, what they really mean is that it would be free at the point of exchange for the user.

But University lecture halls don’t organically sprout from the ground, they need to be constructed. Hospitals and day cares need to be built. Doctors, nurses, daycare providers and professors need to get paid.

When the government provides goods and services for “free,” it really means they are shifting their costs onto others, by force.

A Yahoo News headline was quickly seized on by social media and made into a meme exposing the reality of supposed “free” government programs.

When a third party is paying the bill for something, that’s when costs explode. Because it’s free at the point of service, demand will rise. In a free market, when demand rises, prices will typically rise and both tamp down demand and encourage more supply. Market forces would push the price for this product toward equilibrium.

When the government is paying, however, the market forces are absent. Prices won’t rise, because they remain free at the point of service. Demand will continue to climb.

But because payment is made by the government, and reimbursements paid to providers do not increase along with demand, there is no incentive in place to encourage supply to increase. Moreover, because the consumer is not the one actually paying, there’s little incentive for providers to compete for customers. Producers will have virtually no incentive to economize production in order to offer their product at a lower price, or improve quality to capture a larger share of the market.

Non-price factors become more influential in the rationing of the goods and services. Costs in the form of shortages, long wait times and lower quality are forced upon consumers in lieu of prices.

Meanwhile, demand for the “free” goods and services remains unchecked, so the amount of goods and services being consumed rises beyond government bureaucrats’ expectations. This process then mainly serves as an excuse for government to dig deeper into taxpayer wallets forcing them to subsidize more and more people desiring to acquire goods at someone else’s expense.

Why politicians love the F word

Politicians exploit the power of the F word to gain votes and power. Their political calculus is this: “If I can convince enough voters that they will get free stuff paid for by a small group of ‘rich’ others, I’ll secure enough votes to win the election.”

And because their time horizon of concern is the next election, any long-term consequences don’t concern them. When the bill comes due and the system begins to collapse, they’ll be out of office and the current officeholders will get the blame while they enjoy a cushy retirement or lobbying career.

The siren song of “free” is incredibly alluring, especially to the young. Voting is such a small price to pay for the potential of free college or healthcare.

But “free” comes with a steep price. Society must choose: free stuff, or free people.