The Fed Panicked, and Its Rate Cut Is Making the Economy Worse

The Fed Panicked, and Its Rate Cut Is Making the Economy Worse 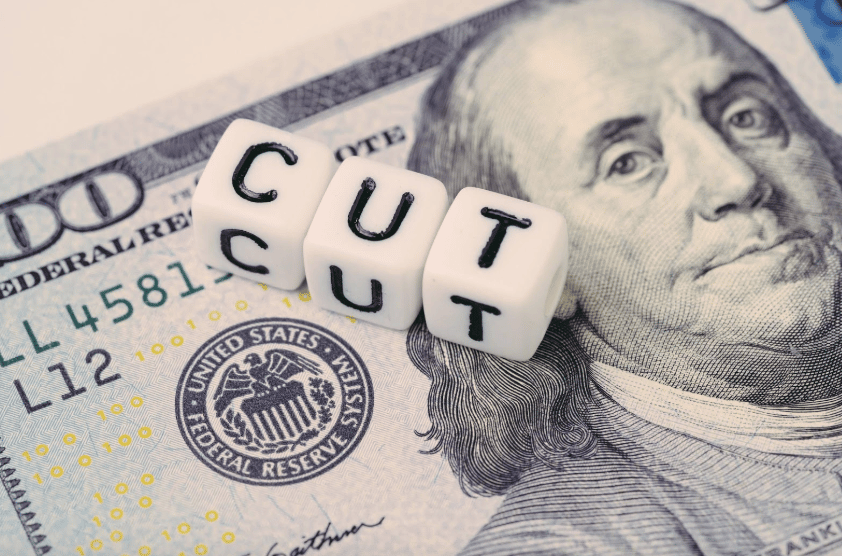 The Federal Reserve’s monumental mistake of cutting rates this past week can only be understood in the context of the rising God complex among central planners: an overwhelming combination of ignorance and arrogance.

Less than a week ago, several members of the Federal Reserve board reiterated—rightly so—that cutting rates would not have a significant impact in a supply shock like the current one. We must also remember that the Federal Reserve already cut rates in 2019 and inflated its balance sheet by 14 percent to almost all-time highs in recent months, completely reversing the virtually nonexistent prior normalization. Only a few days after making calls for prudence, the Fed launched an unnecessary and panic-inducing emergency rate cut and caused the opposite effect of what they desired. Instead of calming markets, the Federal Reserve’s 50–basis point cut sent a message of panic to market participants.

If the jobs and manufacturing figures are better than expected, and the economy is solid, with low unemployment, what message does the Fed’s emergency cut transmit? It tells market participants that the situation is much worse than it seems and that the Fed knows more than the rest of us about how dire everything can be.  It is a communication and policy mistake driven by an incorrect diagnosis: the idea that the market crash would be solved with easy monetary policy instead of understanding the impact on stocks and growth of an evident supply shock due to the coronavirus epidemic.

There is no lack of monetary stimulus in the economy. Global money supply has soared to $81 trillion, an all-time high, in the middle of the epidemic, most leading economies have cut rates and implemented zero and negative real rates. In fact, major central banks were already injecting more than $150 billion a month (PBOC, ECB, Fed, etc.) into a doped economy long before the coronavirus was even in the news.

A supply shock is not solved with demand-side policies. Governments and central banks will generate a deflationary crisis by adding fuel to bubbles and increasing overcapacity in an already bloated economy only to create an artificial boost to GDP.

Cutting rates, printing money, and increasing deficits is the wrong response to a viral short-term shock. Furthermore, if these massive demand-side programs are launched aggressively, the result in the medium term will be a new crisis. We already saw it in 2009 with the misguided response of the eurozone, spending almost 3 percent of GDP in white elephants and adding debt to a financial credit crunch problem. It triggered a worse crisis afterward.

No economic agent is going to consume more or invest more because of an interest rate cut. Banks are not going to lend more into a supply shock and even less at lower rates. However, central banks should consider the massive risk in disguise. With $14 trillion in negative-yielding bonds and $81 trillion in global money supply, the combination of a panic-induced fall in asset prices and massively leveraged bets could generate a rapid financial shock. We must remember that the risks for dangerous corporate loans have hit an all-time high, according to Moody’s, with 87 percent of all leveraged loans — one of the riskiest types of corporate debt — issued with “covenant-lite” clauses. This means almost no protection for investors.

The error of taking extreme monetary measures in an epidemic is to assume that the problem of the economy is an excess of unjustified savings and a lack of demand that must be created artificially via interventionism.

Interest rates are already disproportionately low. To think that companies are going to invest more if rates are cut even further is simply ridiculous. The vast majority of long-term investment decisions by citizens and businesses do not change due to short-term rates. Demand for credit does not increase in the face of an epidemic and a supply shock. However, lower rates are likely to generate two dangerous side effects: a disproportionate increase in refinancing of already nonperforming loans and a credit crunch in the profitable economy. Banks will be forced to refinance and keep bad existing loans as well as finance governments at ultralow rates while seeing no alternative but to cut loans to new customers and small enterprises.

These rate cuts disproportionately benefit recklessly spending governments and existing indebted sectors, no matter how unprofitable, at the expense of small and medium enterprises, families, and productive sectors, which will suffer from the credit crunch and the tax increases that will inevitably follow the government binge on white elephants and unnecessary spending.

The absolute imprudence and irresponsibility of maintaining ultraexpansive policies and deficit spending in a growth period come to bite now.

Now central banks and governments know they have no effective tools that may increase confidence. It is in situations such as this epidemic that the irresponsibility of the European Central Bank in keeping negative rates and increasing the purchase of already massively inflated sovereign bonds, buying billions of government bonds with yields that are absurdly and completely disconnected from reality, is more clearly visible. And it is also at times like these that the irresponsibility of increasing deficits and spending in a growth period becomes clearer. Governments and central banks have exhausted all fiscal and monetary tools to generate a perceptible effect.

The obsession with maintaining and increasing the bubble of sovereign bonds in times of growth has led central banks to a dead end. They are now forced to take even more useless measures and, on top of that, the confidence of financial agents diminishes.

The failure of demand-side policies was already evident in 2019 with the indebted deceleration. Now central planners will do the same again. Fail, repeat.

It has been absolutely imprudent to maintain ultraexpansive policies in a growth period.

The US ten-year bond yield at 0.73 percent is not a sign of confidence or the success of government policies, but an unequivocal sign of fear. Eurozone yields at negative levels are not a sign of strength, but of a bubble.

Of course, there are measures that can be taken to reduce the impact of the coronavirus.

Postpone the payment of taxes for companies in difficulty, reduce bureaucratic burdens, open cooperation between health and scientific organizations, facilitate alternative supply chains by lifting trade barriers and tariffs, and provide working capital financing to SMEs (small and medium-sized enterprises) at rates that already existed for governments and zombie companies before this unneeded cut. Supply measures to supply shocks. Spending on white elephants to inflate GDP, cutting already obscenely low rates, and buying insanely expensive bonds is not only a bad response, but also the recipe for a guaranteed stagnation spiral.

Some tell us that the monetary helicopter must be imposed because Hong Kong has done it. I cannot believe it. Hong Kong has huge reserves, a gigantic financial balance and can afford an expense—which in any case will be useless—of $6–7 billion. However, not even that experiment will get Hong Kong out of a problem that was already evident before the onset of the coronavirus, due to social protests, nor will it work in the eurozone.

The idea that if an insane monetary or fiscal policy does not work it is because it was not large enough should have already been dismantled. Repeating the most common Keynesian excuses of “it was not enough,” “it would have been worse,” and “it must be repeated” is already a joke, but generating a recession by implementing headline-grabbing spending and debt measures is irresponsible.

Dr. Amesh Adalja, an expert in infectious diseases, pandemics, and biosecurity at the Johns Hopkins Hospital explained this week that governments have a greater impact on the economy than the epidemics themselves, making poor decisions to give the impression that they are doing their job. At a conference this week, he explained that “the virus will be endemic and seasonal, given its resemblance to other coronaviruses” and that the “mortality rate is low and I would expect it to be reduced once the generalized tests for the detection are in place.” “The severity of the virus is very low, but governments will take containment measures such as canceling events to prevent hospitals from collapsing, and these measures will not be effective in containing it,” he said.

It will possible to get a vaccine in a period of about a year, and in the coming months we could see several therapeutic treatments become available, according to the expert. The only thing we can ask of governments and central banks at this point is to do everything possible to avoid grandiose gestures to “calm down,” because the reaction will likely be the opposite.

Deficit increases using the coronavirus as an excuse and raising already huge current expenses could throw us into a recessionary and deflationary spiral in months. An increase in artificially created excess capacity would be added to a punctual supply shock, generating a double negative effect in the long term.

Increasing current expenditure and adding excess capacity in sectors of very low productivity to solve a global short-term supply problem is lethal in the medium term. The financing capacity of the economy is squandered between demand-side policy errors and rising automatic stabilizers. The latter will soar anyway in economies that are already heavily indebted and doped with low rates. More current spending, in this case, will be less.