The Founders Warned Us About the Fed

The Founders Warned Us About the Fed 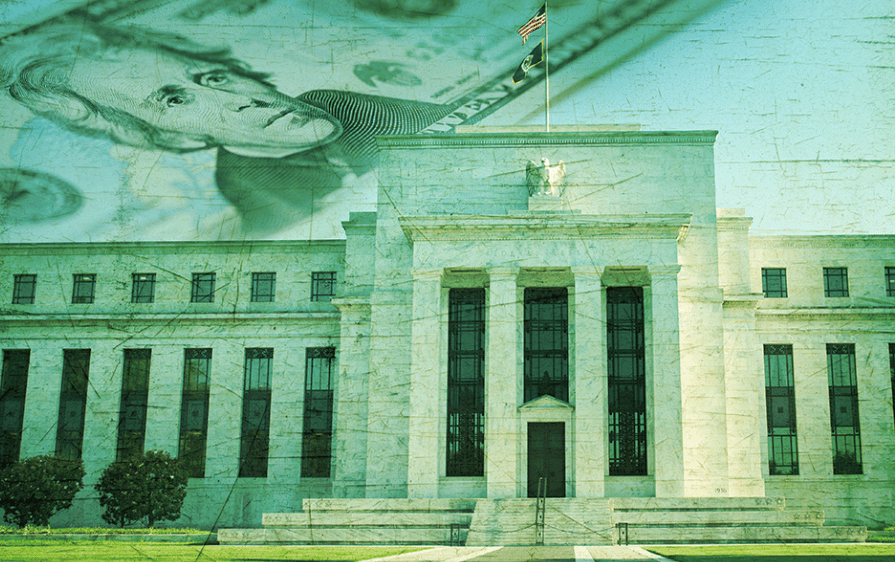 The Federal Reserve just lowered interest rates for the second time this year and announced more quantitative easing by injecting even more U.S. dollars into the market. The days of cheap money will soon come to an end, and I fear that many people won’t realize what’s happening until the rug is pulled out from under them.

As economist Henry Hazlitt wrote, the practices of the Fed distort the real-world market indicators of cost, future prices, investments and production. A recent study from the National Association for Business Economics showed that 72 percent of economists now predict that a recession will occur between 2020 and the end of 2021. Some have even warned that the U.S. is on the brink of the biggest bubble in world history — not just a correction of a business cycle or another recession, but a complete collapse of the U.S. dollar.

Yet the dangers of centralized banking are not new knowledge. For centuries, people (including many of our founding fathers) have tried to warn us of the numerous threats posed by institutions like the Federal Reserve.

Today, it’s understood by many that the recklessness of the Fed allowed for the subprime mortgages that caused the Great Recession of 2008. With over $22 trillion in debt, $120 trillion in unfunded liabilities, and, soon, an all-time high debt-to-GDP ratio (comparable to World War II levels), however, it’s not overstating it to say that the Fed-facilitated out-of-control federal government spending constitutes the greatest threat to the American way of life in history.

To understand the full extent of the debt and the destruction of the dollar, it’s essential to realize that paper money has a history of being printed as bills of credit to finance runaway government. In 1775, the Founders attempted to use paper money without gold or silver backing, and they found that the inflation robbed them of any value. In 1788, Thomas Jefferson wrote, “Paper is poverty. It is only the ghost of money, and not money itself.”

Finally, in 1971, the Nixon Administration suspended wages, issued price controls, and canceled dollar-to-gold convertibility, completing the final step in ending the “gold standard.” This gave the central government planners — and the federal reserve — the power to print money without restraint. This is how the national debt has been able to reach the levels that it has. The only thing backing the U.S. dollar today is public debt.

Remember when Coke was a nickel? In 1913 (the year the Fed was founded) a bottle of Coke cost five cents. Today, a bottle of Coca-Cola costs an average of $1.79. While there are many factors (like supply and demand, cost of goods, etc.) that help set prices, inflation plays a critical part. At an average inflation rate of 3.12 percent annually, inflation alone accounts for $1.30 of the actual cost of Coke.

The addition of more U.S. dollars doesn’t mean that anyone is more wealthy; in fact, it means that the dollars you have are worth less. You will need a higher amount of dollars to buy the same goods and services. Hence, saving inflated dollars, in many cases, is losing value. Those who save money are being robbed.

With the continued decline of the dollar, there could also be hyperinflation on an unprecedented scale. Both James Madison and Thomas Jefferson warned that “the greatest threat to be feared” was the “public curse” of “public debt”, and that “banking establishments are more dangerous than standing armies.” The founding fathers understood the dangers of centralized manipulation of the money supply, the hidden taxation of inflation, and the control of buying power. They understood that gold and silver are real money.

American revolutionary leader Christopher Gadsden once said in Sept. 1764 that “The evils attending a wanton exercise of power, in some of the colonies, by issuing a redundancy of paper currency, has always been avoided by this province, by a proper attention to the dangerous consequences of such a practice, and the fatal influence it must have upon public credit.”

People across the U.S. should heed his warnings by allowing gold and silver to be used as legal tender once again. Some states like Utah have done just that. While this won’t stop the Federal Reserve’s destruction of the dollar, it will allow people to convert dollars to sound money before a collapse. Sound money, like gold and silver, acts as a check and balance on big government, a hedge against inflation, and a way to combat manipulation by the Fed.

This is exactly why, in my home state, I will soon be filing the “2020 South Carolina Sound Money Bill”, allowing South Carolinians to use gold and silver as legal tender. I will also introduce legislation to exempt gold and silver from capital gains tax, both of which are already exempt from sales tax in South Carolina. We the People can restore sound money by using the Ninth and Tenth Amendments to the U.S. Constitution.

It is my hope that, with the success of these bills, other policymakers elsewhere will become inspired to lead by example on this vital issue as well. The key to protecting the American way of life from the federal reserve’s obliteration of our currency rests with the legislatures, but we must heed the lessons of history now.

Republished with permission from The Tenth Amendment Center.