The Income Tax: Still the Root of All Evil

The Income Tax: Still the Root of All Evil 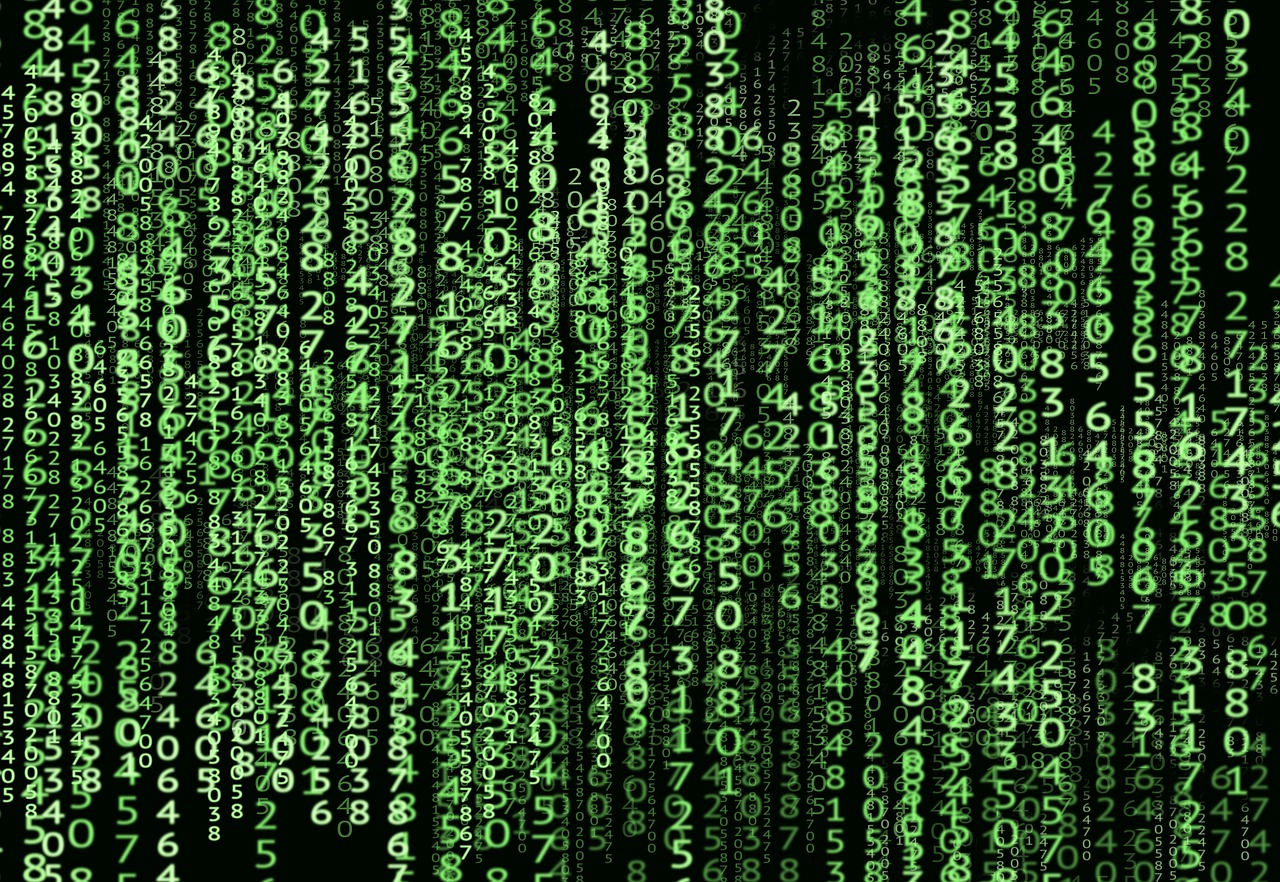 February 25 is a momentous day in American history. It is the day in 1913 the 16th Amendment, authorizing a federal income tax, took effect with the certification of Secretary of State Philander C. Knox.

Because of the crucial effects the income tax has had on America, one would hope that there would be some serious discussion of it in the media. But that hope is routinely disappointed.

But serious consideration of the effects of the income tax has occurred. For example, in his 1954 book, The Income Tax: Root of All Evil, Frank Chodorov showed how the abrogation of citizens’ property rights by the income tax leads to the expansion of government far beyond reason and corrupts Americans and America’s experiment in liberty in the process. And because Chodorov’s analysis brings us back to first principles, it is worth remembering his understanding of the Constitutional revolution it caused.

“A government is as strong as its income. Contrariwise, the independence of the people is in direct proportion to the amount of their wealth they can enjoy. We cannot restore traditional American freedom unless we limit the government’s power to tax.”

“Trace this wholesale infringement of our rights to the power acquired by the federal government in 1913 to tax our incomes—the Sixteenth Amendment…where the doctrine of natural rights has been all but abrogated in fact, if not in theory.”

“Getting something-for-nothing from government… this trade is often made, and… government is able to enter into it because of its income-tax revenues.”

“The government says to the citizen: ‘Your earnings are not exclusively your own; we have a claim on them, and our claim precedes yours; we will allow you to keep some of it, because we recognize your need, not your right; but whatever we grant you for yourself is for us to decide.'”

“The right of decision as to the disposition of your property rests in the government by virtue of the Sixteenth Amendment…it gives the government a prior lien on all the property produced by its subjects.”

“When the Sixteenth Amendment became part of the Constitution, the American political order, which rested on the axiom of inalienable rights, underwent a major operation.”

“The Constitution of 1789 barred the income tax. The Founding Fathers could not have put it in, even if they had a mind to, and there is no evidence that they had… They had come by freedom the hard way and they meant to hold on to it.”

“A people who remonstrated so vigorously over a measly tea tax could hardly have understood the idea of letting their pockets be picked. The suggestion would have sounded preposterous.”

“In the important matter of taxation, the Constitution quite definitely granted the new government very limited powers: import tariffs and excise taxes… As a consequence, it was a weak government, in the sense that it could not become bothersome; and the freedom of the people made them strong, so that wealth multiplied and the country flourished.”

“On the whole, previous to the Civil War the government of the United States confined itself to the business for which it was created, that of protecting people in the enjoyment of their God-given rights. It should not be forgotten that the Founding Fathers, agreeing with John Locke… thought of government principally as an instrument for safeguarding private property; and that was considered the prime business of the United States government until 1860. The dictum that “all men are created free and equal” held in the matter of taxes… No one, and no group, could be singled out by the government for special spoliation.”

“[The Sixteenth Amendment] was a revolution… every activity of government turned Santa Claus by the income tax.”

“Thus, the immunities of property, body and mind have been undermined by the Sixteenth Amendment. The freedoms won by Americans in 1776 were lost in the revolution of 1913.”

“The Internal Revenue Bureau quite sensibly takes the view that every one of us is a potential lawbreaker, as far as the income-tax law is concerned… It has a war against society on its hands, and to win that war it must make use of the artifices of war, such as espionage, deception, and force… If this setting produces corruption, we must look to the law, not to the human beings involved, for cause.”

“Corruption… is simply the inevitable consequence incident to the operation of an immoral law. Of far greater concern is the use of income taxation to undermine the principles of republican government and to make a mockery of our tradition of freedom.”

“The income tax, by transferring the property of earners to the State, has disintegrated the moral fiber of Americans to such a degree that they do not even recognize the fact.”

“The income tax, by attacking the dignity of the individual at the very base, has led to the practice of perjury, fraud, deception, and bribery.”

“With the advent of income taxation, socialism was unavoidable…The more power the government exercises the less freedom will the people enjoy.”

“From the very beginning of the Union it has been customary for Congressmen to try to wangle out of the federal government some special privilege for their more influential supporters, or some appropriation of federal funds for spending in their states… However, before 1913…[but] The manna that fell from Washington was hardly enough to buy up the independence of the states or the votes of their citizens. No candidate for Congress could offer his constituents gifts paid for by the citizens of other states.”

“The ink was hardly dry on the Sixteenth Amendment before the heretofore picayune federal patronage began to blossom… The laws multiplied and the appropriations grew bigger… buying votes with political favors.”

“However, this weakness of democracy is only as dangerous as the amount of the citizens’ wealth the government has at its disposal. Before 1913 the American government was comparatively poor and political jobbery was correspondingly limited in scope. When the government acquired this power of confiscating the national wealth, the corruption was limited only by the amount that expediency would permit it to confiscate.”

“This centralization of power, which the Founding Fathers feared and sought to prevent by constitutional safeguards, is made possible only by income taxation… the atomic bomb that has virtually destroyed the Union.”

“Somehow, a Mississippian sees no immorality in forcing a Pennsylvanian to support his local economy…[but] the immediate beneficiary of federal grants to local projects is the politician who solicits it, and the ultimate beneficiary is the federal bureaucracy. Everybody else pays.”

“The American Revolution was unique in history… because it made possible the establishment of a government based on a new and untried principle, namely, that the government has no power except what the governed have granted it. That was a shift in power that had never occurred before.”

“A new American revolution was initiated in 1913, when the government was invested with the power to confiscate private property… that this power over the economy of the country put into the hands of the American government a means of liquidating the sovereignty of the citizenry.”

“As a result of income taxation, we now have a government with far more power than George III ever exercised… an inevitable consequence of income taxation. The citizen is sovereign only when he can retain and enjoy the fruits of his labor. If the government has first claim on his property he must learn to genuflect before it. When the right of property is abrogated, all the other rights of the individual are undermined, and to speak of the sovereign citizen who has no absolute right of property is to talk nonsense. It is like saying that the slave is free because he is allowed to do anything he wants to do except to own what he produces.”

Those who want others’ money for their purposes meet such complaints with the argument that “taxes are the price we pay for civilized society.” But as Frank Chodorov knew, Oliver Wendell Holmes said that over a century ago, before the income tax could dramatically increase citizens’ burdens, and give us less civilization in exchange.

Certainly, no tax on incomes got into the Constitution. That was unthinkable. A people that had but recently kicked over the traces because of taxes far less onerous would hardly have countenanced an income tax. They knew their freedom.

The general welfare is not improved by the increasing load of taxation. On the contrary, the upward climb of civilization is retarded in exact proportion to the levies.