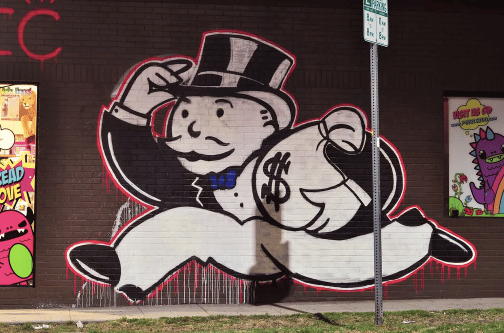 In a public debate concerning the leadership of the United Kingdom, Labour Party leader Jeremy Corbyn claimed that the existence of billionaires in unconscionable. Since then I’ve seen an influx of memes calling billionaires evil. The very notion that someone has made a billion dollars in unacceptable to these people.

The time has come for a reality check to the left. They demand higher forms of taxation on billionaires so that their wealth can be redistributed. Jeff Bezos is their usual target, demanding that the alleged world’s richest man pay his fair share.

No one can tax billionaires easily. It’s not that they’re brilliant money launderers hiding their wealth in the Cayman Islands.

It’s that Bezos doesn’t have that much money to tax. He really doesn’t.

His net worth is $110 billion. Nearly all of it is in Amazon shares. He can’t sell those shares without causing a massive price-drop in Amazon stock. If he did, a considerable portion of his wealth would evaporate within hours.

Bill Gates and Warren Buffet are both actively attempting to give their wealth to charitable causes — causes that do much more for the world than the government does — but have the same difficulty. Their wealth is intertwined with stocks.

This isn’t to say they don’t have luxurious lives. But a significant portion of their wealth is inaccessible. The government could theoretically demand that they transfer the shares of the various companies they own to the state. However, then the government would be in the same position as the billionaires. It would also make the government controllers of various companies like Amazon and Berkshire Hathaway, given that they don’t know anything about running these companies like Bezos and Buffet do. This would be an undesirable situation.

It’s not that the left is wrong about this, it’s that it’s embarrassingly wrong. It betrays a complete lack of understanding of how our tax system works, and yet they have remedies for it. This is unmitigated arrogance coupled with ignorance.

There are those taking a more sophisticated approach, like Andrew Yang, who’s attempting unconventional means of taxation by discussing the monetary value of our data.

When they do access their wealth, they pay taxes on it just like the rest of us.

What they do with their billions isn’t hoard it and wallow in it reminiscent of Scrooge McDuck. These are high performance individuals that devote their lives to various causes. Elon Musk is using his technical and business acumen to develop green technology and space exploration. Bezos is also moving into the space transportation. Gates and Buffet are philanthropists, who are seeing considerable results eliminating diseases and developing education.