The Letter That CEOs Ought to Be Writing

The Letter That CEOs Ought to Be Writing 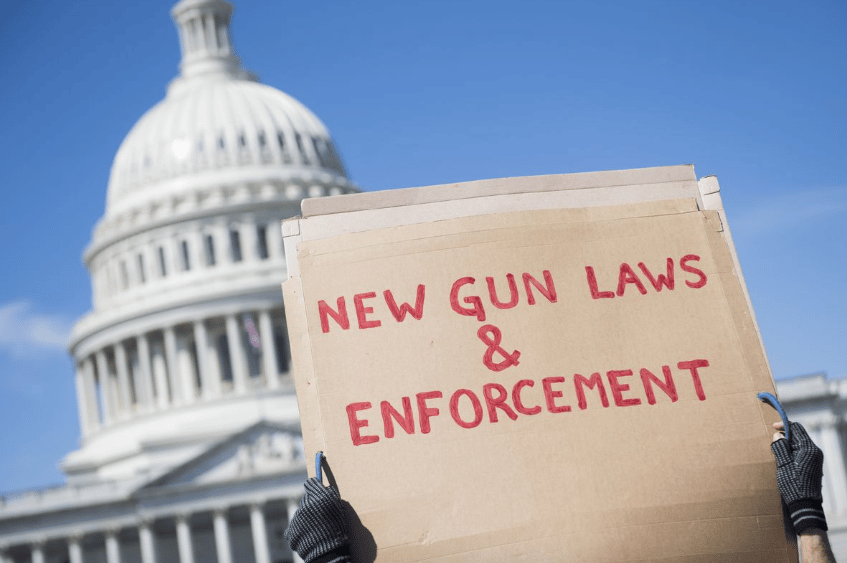 The mass shootings in August at a Walmart in El Paso, Texas, and at a bar in Dayton, Ohio, prompted the CEOs of more than a hundred large and small corporations to write a letter to the members of the U.S. Senate about “a public health crisis that demands urgent action” — gun violence.

Says the letter in part,

As leaders of some of America’s most respected companies and those with significant business interests in the United States, we are writing to you because we have a responsibility and obligation to stand up for the safety of our employees, customers and all Americans in the communities we serve across the country. Doing nothing about America’s gun violence crisis is simply unacceptable and it is time to stand with the American public on gun safety.

That’s why we urge the Senate to stand with the American public and take action on gun safety by passing a bill to require background checks on all gun sales and a strong Red Flag law that would allow courts to issue life-saving extreme risk protection orders.

The Senate must follow the House’s lead by passing bipartisan legislation that would update the background checks law, helping to keep guns out of the hands of people who shouldn’t have them, in an effort to save lives.

Background checks on all gun sales are a common-sense solution with overwhelming public support and are a critical step toward stemming the gun violence epidemic in this country.

Interventions in states with Extreme Risk laws have already prevented potential tragedies. Expanding Extreme Risk laws to enable families and law enforcement nationwide to intervene when someone is at serious risk of hurting themselves or others is critical to preventing future tragedies.

These proposals are common-sense, bipartisan and widely supported by the American public. It is time for the Senate to take action.

“To a certain extent, these C.E.O.s are putting their businesses on the line here, given how politically charged this is,” said Bergh. “Business leaders are not afraid to get engaged now. C.E.O.s are wired to take action on things that are going to impact their business and gun violence is impacting everybody’s business now,” he added. Bergh insists that he is not “trying to repeal the Second Amendment.” To the contrary: “Nothing is further from the truth.”

Basically, according to these CEOs, the solution to gun violence is stricter federal gun control laws. That solution is nothing new. It is the same solution that liberals and progressives always propose whenever there is a mass shooting.

There is just one problem with the requests of the CEOs who signed this letter, and it is an insurmountable one: the Constitution.

The Constitution nowhere authorizes the federal government to perform background checks, decide who should and shouldn’t be allowed to have a gun, prevent potential tragedies, pass gun legislation, or stem “the gun violence epidemic in this country.”

Public support, common sense, and bipartisan agreement have nothing to do with it.

The Constitution doesn’t authorize the federal government to have anything to do with guns. The Second Amendment acts as an additional limitation on federal power to infringe gun rights.

It is that simple.

There is nothing inherently wrong with a group of CEOs getting together and writing a letter to members of Congress. It just depends on the subject of said letter. For example, if CEOs want to write a letter urging Congress not to pass any new gun legislation and to repeal all previous federal gun legislation, then that would be a good thing because it would be limiting the federal government to its constitutional functions. However, that is a letter that few CEOs in America would be willing to sign.

But if the CEOs of American companies really want to write a letter to Congress, here are some subjects they ought to be writing about.

CEOs ought to write to Congress about taxes. The corporate income tax rate is 21 percent. Corporate profits are double-taxed because a corporation pays income tax on its profit and then shareholders pay income tax on that same profit when it is distributed as dividends. The employer share of each employee’s Social Security tax is 6.2 percent on the first $132,900 of employee income. The employer share of each employee’s Medicare tax is 1.45 percent on every dollar of an employee income. The Federal Unemployment (FUTA) tax rate is 6 percent on the first $7,000 of employee income in a calendar year. Corporations don’t pay taxes; people do. The corporate tax burden is borne by shareholders through lower dividends and share prices, passed along to consumers through higher prices, and paid by workers in companies in the form of lower wages. Taxing corporations is just another government mandate that raises the cost of doing business. Why don’t CEOs write to Congress about lowering their tax burden?

CEOs ought to write to Congress about government regulations. According to the latest edition of “Ten Thousand Commandments,” the Competitive Enterprise Institute’s “annual survey of the size, scope, and cost of federal regulations, and how they affect American consumers, businesses, and the U.S. economy at large,”

The federal government regulates every conceivable product, from the amount of water that toilets flush to the size of the holes in Swiss cheese. Why don’t CEOs write to Congress about oppressive government regulations?

CEOs ought to write to Congress about the drug war. There are many evil things about the government’s war on drugs. One of them is that it makes otherwise law-abiding Americans into criminals. Having an arrest record can keep people from getting a job. Getting thrown in jail can cause people to lose their job. The war on drugs deprives corporations of potentially talented employees and causes them to lose talented employees. Although the federal government requires drug testing by employers only in a few safety-sensitive industries, the war on drugs has made all employers drug-testing crazy. Most companies now waste untold dollar amounts testing all potential employees for any position for drug use. Why don’t CEOs write to Congress about the negative consequences of the war on drugs?

Any legislation passed by Congress that interferes with the free market is what every CEO should be concerned about.

Republished with permission by The Future of Freedom Foundation.