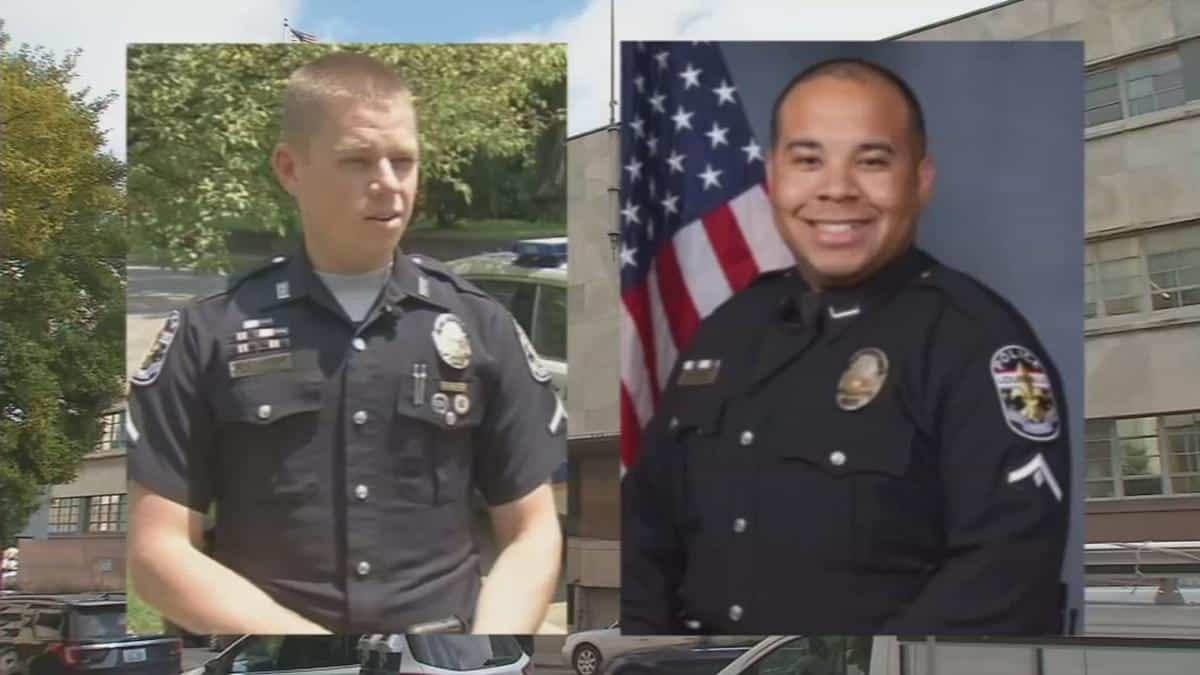 Civil libertarians and police corruption watchdogs have much to celebrate these days. The fact that most people are walking around with high definition video cameras in their pockets has done much to shine a light on what these groups have been talking about for decades; that the “occupation” of law enforcement in the United States ceased being about protecting and serving, and has morphed into intimidating and subjugating.

Whether it be turning a traffic stop for a burned-out brake light into a drug search, or it actually becoming a “head stomping” opportunity for a Gwinnett County sheriff, even people who formerly considered police to be heroes, are starting to question why as individual violent crime is decreasing, police violence is increasing.  Of course, many have become accustomed to these stories as sites such as The Free Thought Project chronicle them daily, but the scandal that has come out of Louisville, Kentucky involving two police officers’ sexual abuse of children in their Explorer Program should sound alarms and question whether policing in its modern form is an anachronism.

Former Louisville Metro Police officers Kenneth Betts and Brandon Wood were accused of criminal charges “in Jefferson Circuit Court stemming from their alleged sexual abuse of teens under their supervision as part of a program for young people interested in law enforcement careers.” The allegations against Betts stretched from his first year in the department, 2006, through 2016. Federally, he was charged with sending pictures of his penis to someone under the age of 16 and attempting to have sex with males and females who were not yet 18.

In U.S. District Court in Louisville on December 6, 2018, Betts pleaded “guilty to charges of knowingly distributing child pornography, possession of child pornography, transferring obscene material to a minor, enticement and attempted enticement, among other charges.”

In addition, the State of Kentucky charged Betts with two counts of sodomy involving two alleged victims. The indictment in state court alleged Betts engaged in “deviant sexual intercourse” with one of the victims through the use of “forcible compulsion” over a five-month period in 2007. Betts was also accused of committing sodomy on July 26, 2013 with a minor “he came into contact with as a result” of his position as a police officer. Betts pleaded guilty to these charges on July 8, 2019 and received “five years for two counts of sodomy in the third degree. That sentence is on top of the 16 years he was handed down by a federal judge. The five-year sentences will run concurrent to the time he’ll serve in his federal sentence.”

Officer Brandon Wood was charged, and pleaded guilty to attempted enticement, United States Attorney Russell M. Coleman said on January 28, 2019. “According to a plea agreement, between 2011 and 2012, Wood attempted to entice John Doe 1, who had not reached 18 years of age, to engage in sexual activity. Wood met Doe through the LMPD Explorer Program during a camp held in Bullitt County – where Wood was a counselor and sworn LMPD officer.”

“A federal judge sentenced Brandon Wood, 33, to 70 months in prison on a felony attempted enticement charge on May 28, 2019.”

“When he pleaded guilty in January, Wood reached an agreement with federal prosecutors for a 60-month sentence, but U.S. District Judge David Hale rejected that agreement Tuesday morning saying it was too lenient.” He was sentenced to 70 months in jail.

Civil suits against the two officers are ongoing.

In the case of Kenneth Betts, as if his actions against minors wasn’t enough, in November of 2019, a fellow officer identifying himself as “Darryl,” came forward on a FOX-WDRB podcast to make the claim that he had been raped by Betts.

“It was almost like a super power came over (Betts),” an accuser, identified only as Darryl in the podcast, told FOX News Reporter Andrew Keiper. “He had a hold of my ear, and he was still exposed in the front of his pants. We’ll just say he, yeah, he forced me, yeah.”

Darryl describes himself as older and bigger than Betts but he has decided to not pursue a lawsuit. He hopes that by coming forward it will help others to do so.

The interview took place in the first of a four-part podcast called “Derby City Betrayal.” The series details the investigation into the sexual abuse case against Betts and former LMPD officer Brandon Wood, as well as their subsequent arrests.

In the same podcast series, one of the victims from the Explorers identified as C.F., now an adult, went into detail about what he experienced:

“It was on a regular basis. (Betts) would ask for nude photos, ask for me to come over, all sorts of things,” C.F. said. “Some messed up things happened.”

Considering the depravity involved in this story it’s easy to write it off as an anomaly but that doesn’t answer the question that if these two “bad apples” can find themselves in the same department (and a third officer to help them cover it up as well as a fourth accused of sexual abuse), how rampant is this activity amongst those that are seen as authority figures and our “protectors?” And how many of these go unreported due to fear of reprisal by “good guys” with guns?

The argument has been made that to hand mortal men the kind of power that comes along with the profession of law enforcement officer will certainly attract those with evil intent. What better way for a sociopath or deviant to hide his crimes than behind a badge? As long as the government holds a monopoly on violence and force expect this to become more rampant, but as the information age progresses, anticipate that these malefactors will be exposed for who they really are. Looking at the damage being currently done by this vocation, we can only hope that people awaken to the realization that they are a danger to us all.