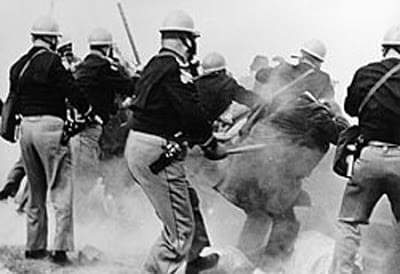 On January 11, 2021, Robert Wenzel authored a blog post entitled “Why I Would Like to See Twitter and Facebook Ban More Accounts.” In the post Wenzel makes the astute observation that social media platforms like Facebook and Twitter cannot kill off “deep thinkers from communicating with each other.” He goes on to make the point that the more people and groups they ban, the stronger the counterrevolution against anti-liberty forces grow. While certainly not a member of the Trump brigade or a full-out supporter of liberty and free markets, German Chancellor Angela Merkel considered it “problematic” that the president’s accounts disappeared from Twitter never to return. This is the same Angela Merkel who was openly critical of Trump and his administration’s handling of the coronavirus pandemic saying, “As we are experiencing firsthand, you cannot fight the pandemic with lies and disinformation any more than you can fight it with hate or incitement to hatred.” Jack Dorsey has managed to generate sympathy for the former president from an avowed critic. Fast forward to the present and there are reports that Donald Trump is going to start his own social media platform in two to three months, according to his spokesperson. Interesting. And instructional to see the efforts to stifle the dissemination and consumption of competing ideas inspire meaningful pushback.

What comes to mind when considering the ongoing censorship efforts of FAANG (i.e. Facebook, Amazon, Apple, Netflix, and Google) is the Civil Rights movement.

The strategy of non-violent resistance to Jim Crow laws embraced by Martin Luther King, Jr. and the broader civil rights movement was both wise and logical. It was so because blacks, who made up about 10.5% of the population in 1960, couldn’t have outfought their opposition. Countless examples of this fact exist, but the case of William Wales and his sister Cora comes to mind. The Waleses had resisted several attempts by the local government to take their property for cemetery expansion.  The authorities, tired of being rebuffed, accused William, without any evidence whatsoever, of disrespecting a white woman.  When the sheriff tried to serve a warrant on William, he shot the sheriff dead. What happened next was obvious and horrific.  Roy Wilkins dubbed it, “Two against 5,000.” Local and state law enforcement officials from miles around, armed with everything from small arms, shot guns, rifles, and machine guns descended upon the Waleses home, but were heroically held at a standstill for six hours by a 60-year old black man and his 62-year old sister. The mob finally won when the house was set on fire sending William and Cora out in a blaze of glory. (Negroes And the Gun: The Black Tradition of Arms, Nicholas Johnson, 2014). Thought to be risky and controversial at the time, in the spring of 1963, the civil rights movement enlisted the voluntary participation of black youths from the college to the middle school student. Included in that number were women from all age groups. What happened next was both predictable and despicable. For the so-called “crime” (think disturbing the peace, unlawful assembly, mob action or stirring up trouble) of protesting for their rights as citizens of the United States to be recognized, German shepherds were unleashed on children, tearing into their flesh and fire hoses were turned on vulnerable old women, violently knocking them off their feet. Not to mention those who were beaten, bludgeoned, and jailed for days on end.

To be sure, hardcore white supremacists and those who sympathized with them couldn’t have cared less that blacks were being hurt, injured, hospitalized, arrested, jailed and otherwise humiliated. Surely, they thought within themselves that ‘they had it coming.’ However, decent whites who knew Jim Crow was immoral and evil, but were too afraid to say so publicly and “fence-sitters” who might privately sympathize with the plight of blacks, were horrified by the replays of what they saw perpetrated against scores of peaceful blacks on evening news broadcasts across the country.

Armed with a conscience awakened from its slumber of indifference, and no longer content to allow apathy to keep them in a position of silent sideline spectators of the movement in the face of the outright denial of the humanity of black men, women, and children several whites, many of them clergy, transitioned from disinterest and undercover sympathizers to crusaders for “the cause.” Eventually, this sentiment reached the White House and a Kennedy administration that, at the time, had engaged in political expediency as they chose not “to push too hard on civil rights” legislation for fear of alienating southern support for the administration’s legislative agenda. Moreover, the violence caused the administration to speed up its efforts to create a comprehensive civil rights bill. “Kennedy defined the civil rights crisis as moral, as well as constitutional and legal. He announced that major civil rights legislation would be submitted to the Congress to guarantee equal access to public facilities, to end segregation in education, and to provide federal protection of the right to vote.”

Although president Kennedy wouldn’t live to see it, the Civil Rights Act was passed on July 2, 1964 followed by the passage of the Voting Rights Act the next year.

Today’s social media purge of MAGA supporters, die hard Trump fans, conservatives and their sympathizers, and anyone expressing “unapproved” messages is on full display. Emboldened by the Biden administration and its anti-freedom message, Facebook, Twitter, and Amazon are more than happy to act as the de-facto anti-free speech enforcement arm of the Democratic Party. But it’s as Jeff Goldblum’s character in the movie Jurassic Park said, “life finds a way.” Ideas find a way.  And the deep thinkers that originate them can’t be stopped. Telegram, a messaging app has 500 million users worldwide. On January 12, 2021 they added more than 25 million users and monthly download usage surged to roughly 40 million by the end of January 2021. Signal, an app that allows one-to-one and group users to send messages using end-to-end encryption, added about 1.3 million users on January 11, 2021 after averaging about 50,000 downloads per day last year. Through the end of January 2021, Signal’s monthly download usage jumped to 30 million compared to 1.2 million for the prior year.  Gab recently experienced similar rates of growth. Not to mention the birth of locals.com, a site that allows independent content creation free from the censorship of anything that doesn’t fit on “the 3 x 5 index card of allowable opinion.” What Gab and the like are actually doing is integrating competing opinions within their platforms’ technological framework so that competing ideas can find the light of day without fear of cancellation.

The ongoing social media purge is likely to end in victory for the supporters of free speech, just like the brutality of racists during the early 1960’s civil rights movement generated sympathy for protesting blacks and their eventual victory.

Derek Franklin is an ordained minister and also works as a finance professional in the banking industry. He’s a small “l” libertarian who was introduced to the political philosophy through the 2008 and 2012 presidential campaigns of Ron Paul.