The Red Flag Flying Over the Second Amendment

The Red Flag Flying Over the Second Amendment 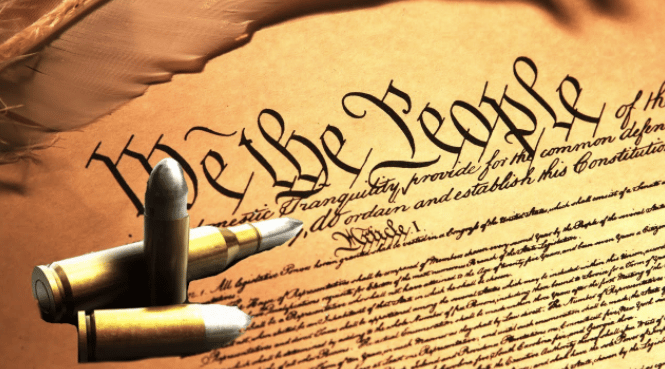 The Second Amendment is the provision in the Bill of Rights that seems to scare people the most. Why?

In other words, the Second Amendment is based on the fact that a free state, in order to be ensured with security, must trust a militia formed by the people and, obviously, their guns.

However, this very amendment scares people the most, mainly because government authorities don’t know how to take it into account when it comes to gun control.

Gun control operates against the Second Amendment – and, as we all know, amendments cannot be easily broken.

For example, if a witness takes the Fifth in the Court of Law, no one can persuade them to answer any questions. Lawyers and jurors can suspect an answer, but the witness has the full right not to answer.

The same applies to the Second Amendment. It is a thing that is ensured to the American people, by law. It cannot be taken away – but how does gun control interfere with this?

It goes without saying why there’s currently a red flag flying above gun control – and why the Second Amendment scares people the most. It’s because this very amendment can affect, solely, both parties of this debate.

Depending on how the higher authorities decide to rule in terms of gun control, they have to take the Second Amendment into account. Naturally, the worst part is that it can be seen from two different points of view – one that can establish gun control and one that makes it void.

On the other hand, we also have to take into account that the American people are kind of trying to make an 18th-century law fit our modern times. The truth is that, given the current state of the country, a militia may not be the right answer.

This is because, in the 18th century, it was believed that the citizens should all be part-time soldiers. Both Federalists and anti-Federalists, despite their disagreements, were devoted to this idea.

However, having a standing army was the ideal way to subvert the ideas of that time – namely, the ideas of the American Revolution that people had on their minds.

Moreover, the Second Amendment was also meant to prevent the US from establishing a professional, standing army. Obviously, we couldn’t imagine the country not having the army it has today but, if we’re honest, the 18th century didn’t actually need this type of army.

According to the old times, a society that had a standing army couldn’t actually become free, mainly because the leaders of that army could turn their back to the society. Instead, as mentioned above, it was believed that a well-regulated militia was more fit to keep the state safe, secure, and free.

The Second Amendment Was Based on Gun Control

Even though the militia was very important and those who wrote the Bill of Rights wanted all of the citizens to be in it, they still left room for those that wouldn’t be part of the militia.

As history states, if an individual was not allowed to participate in the militia, then the leaders in the founding generation wouldn’t allow him access to weapons. Therefore, there were classes of people that could not bear arms – the fact that everybody used to own a gun back then doesn’t quite stand true.

The Second Amendment scares people the most because of two very important reasons.

First, if the nation was to return to the old meaning of the amendment, there wouldn’t be any professional soldiers nor any army. Instead, every citizen had to be a part of the militia and, if need be, fight for their country.

Then, if we are to adapt the amendment to today’s circumstances, we’d come to the conclusion that it does not, in fact, prevent gun control laws – or stricter laws, at least. This is because the amendment stands for the safety and security of a free state and not for the right of an individual to self-defense.

Naturally, it is not implied that there shouldn’t be self-defense rights. It is only implied that they should come after gun control laws and, paired with the 2nd amendment, they must keep this free country safe.

Overall, it depends on how people understand the amendment first, and then the entire gun control thing. However, given the current situation of the state, it goes without saying that all people should fight for a better future, for both them and their children – and this means making the right choice!