The War Party Aims For Regime Change in Belarus

The War Party Aims For Regime Change in Belarus 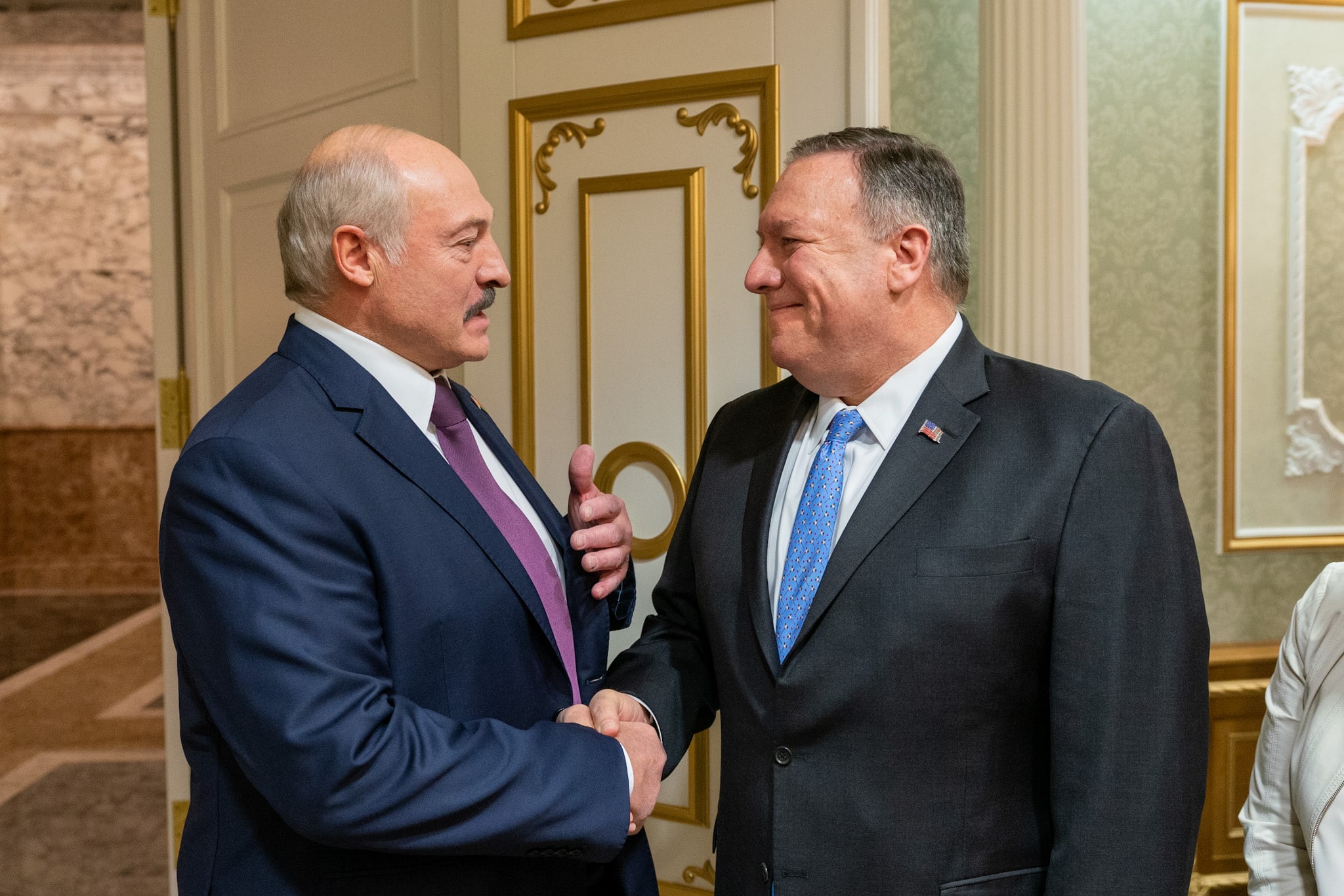 It seems that whoever wins the presidency, United States foreign policy will keep chugging away at intervening across the world, including via “regime change” efforts. Over the last couple decades, targets for U.S.-government-supported overthrow have included Afghanistan, Iran, Iraq, Libya, Syria, Ukraine, and Venezuela. Belarus also appears to be in the U.S. government’s crosshairs. If its government holds back through January the effort seeking to topple it, Belarus looks sure to remain a U.S. target for regime change during either a second term of President Donald Trump or a first term of President Joe Biden.

On Monday, as revolutionaries in Belarus capital Minsk attempted to oust the Belarus government, U.S. Secretary of State Mike Pompeo and Democratic Party presidential nominee Joe Biden issued interchangeable statements regarding Belarus and U.S. policy toward it. Both Pompeo’s statement and Biden’s statement condemned the government of Belarus, called fraudulent the country’s recent national election in which President Aleksander Lukashenko won reelection by a wide margin, and made demands upon the Belarus government.

The statements of Pompeo and Biden may not seem so threatening if you imagine them coming from the government of a country of average population, economic strength, military power, and tendency to intervene in other countries. The comments could then just be understood as politicians spouting off or being relatively harmless buttinskis.

It is different when the pronouncements are made by a top foreign affairs official of the US and the potential next president of the U.S. The U.S. presides over a large population country with major economic resources. The U.S. has military bases and ships, as well as covert operatives, across the world. The U.S. has a long and ongoing history of pursuing, and often achieving, the overthrow of governments through actions including invasions, assassinations, sanctions, election meddling, and the financing and coordinating of coups and revolutions.

In 2015, during the Barack Obama administration in the U.S. and after another wide-margin reelection win by Lukashenko in Belarus, Ron Paul Institute Executive Director Daniel McAdams discussed the U.S. government’s disdain for Lukashenko and the Belarus government. McAdams wrote in part:

Lukashenko has been a favorite punching bag of the U.S. and western neocons for a number of years because he has not shown the required level of deference to his would-be western overlords compared to, say, the Baltics. He routinely wins re-election even as the U.S. government has funneled millions of dollars into the political opposition in hopes of somehow fomenting a regime change.

Don’t believe the sanctimonious comments, whether from the Trump administration or the Biden campaign, about the U.S. seeking to promote democracy and human rights in Belarus. This is about power. The U.S. has let slide and continues to let slide democratic and human rights shortcomings of countries across the world where benefit can be obtained. Dictatorship? No problem. The expression of concern about democracy and human rights is propaganda selectively applied to stir up support for, or at least quell opposition to, U.S. intervention abroad.

Pompeo and Biden’s statements regarding Belarus help make clear that overthrowing governments appears set to remain a feature of U.S. foreign policy no matter if Trump wins a second term or Biden defeats him in the upcoming November presidential election.