The Yemen Connection: An Appendage Of The Failed American Empire

The Yemen Connection: An Appendage Of The Failed American Empire 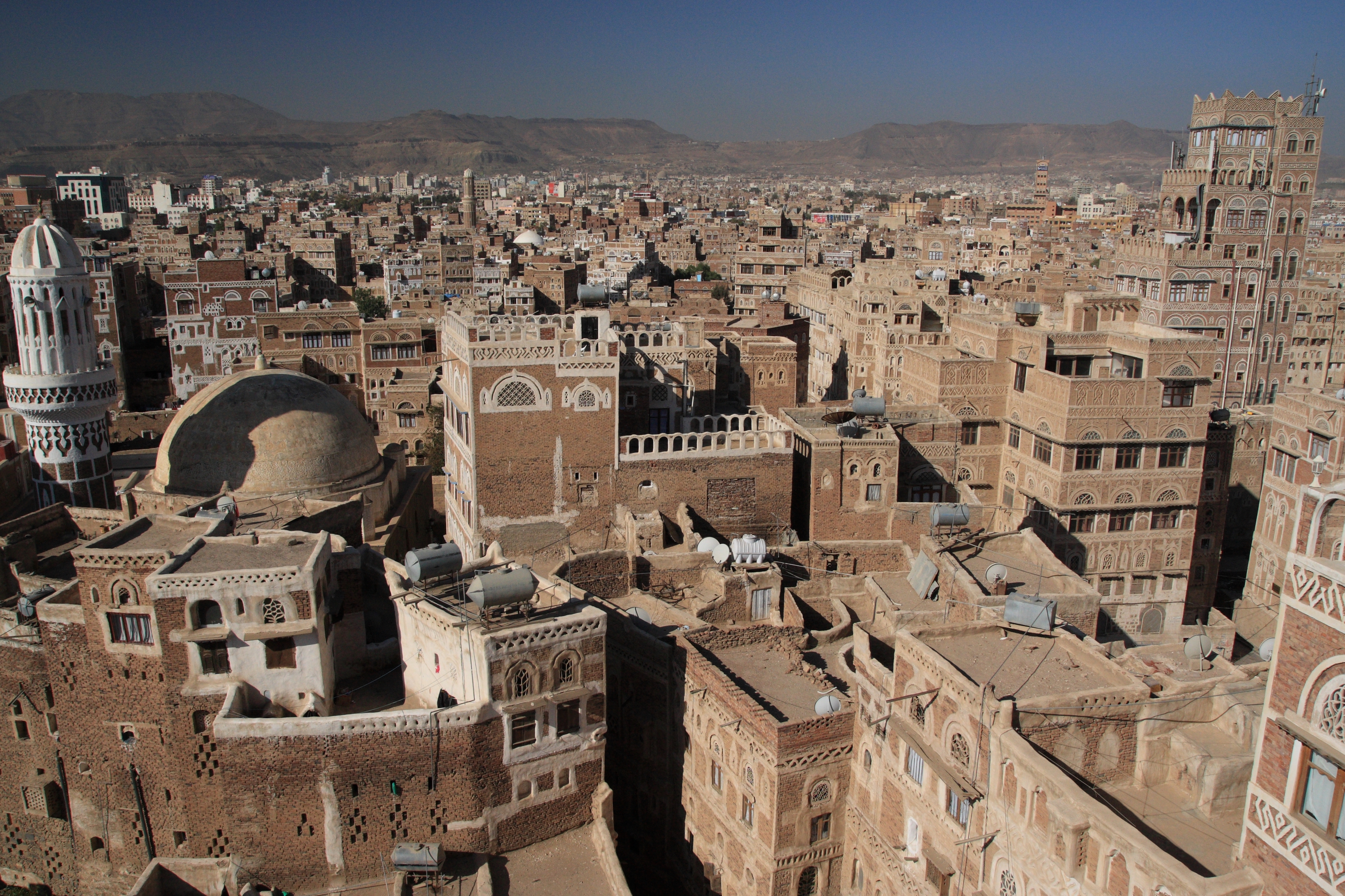 The American Empire is lying straight to the face of Lady Liberty as it shamelessly slaps her around, coming up with excuse after excuse as to why America needs to invade country x, and starting illegal wars one after the other. If you’ve been around the past 20 years, this mess ain’t new to you – if you paid attention, that is.

One conflict has unfortunately been overlooked, however: Yemen. America’s intervention in one of the poorest countries in the Middle East has inflicted genocide on a civilian population as it continues to aid the Saudi effort to push the Houthi rebels out of power. The catastrophe in Yemen is a creation of the US Empire, and when the curtains are pulled back it’s crystal clear that America’s pipe dream ends will never justify the tyrannical means imposing misery on the Yemeni people.

It’s official: the Houthi rebels have announced the only reason they continue to fight in Yemen is due to Saudi reluctance to negotiate a peace deal. The United States has emboldened the kingdom’s war effort with indirect military aid and diplomatic backing since the conflict began in 2015.

The Houthis made headlines most recently with a drone bombing on Saudi oil infrastructure, but by taking responsibility for the attack the Houthis revealed that the ‘Iran proxy’ narrative was a complete neocon fabrication intended to promote war with Iran.The Houthis are their own people, private actors fighting for independence.They are not acting as Iranian cut-outs.

You may not recall, but the only reason the US continues to stay involved in Yemen is, in the words of the New York Times, to “placate” the Saudis after Obama’s nuclear pact with Iran. In exchange for lifting US sanctions (which never happened), the deal put strict safeguards on the Islamic Republic’s civilian nuclear program and guaranteed it would never produce a bomb. Iran-bashers insist the country continues to pursue the Big One, but the most recent report from the International Atomic Energy Agency indicates otherwise. Iran is abiding by the main terms of the 2015 deal, the nuclear watchdog found, including terms regarding its stockpile of enriched uranium, which remains at the allowed level of enrichment.

However, due to new US sanctions effectively preventing Iran from shipping off its excess uranium, the country was forced to either halt its nuclear program to abide by the nuclear deal’s 300kg cap on its uranium stockpile, or go forward and risk being penalized. Iran took option B, and upped the ante further when officials vowed to boost the rate of enrichment by fourfold. It is plain as day that the hawkish action of Washington has cornered Iran and provoked the ramped up enrichment.

To the US, the Houthis are a useful excuse to keep fighting in the region. Though both Iran’s theocracy and the Houthis practice forms of Shia Islam, Yemen’s rebels are NOT an evil Iranian proxy, and were even urged by Iran to not capture the capital city, Sanaa.

Lest we forget, the initial rationale for America’s presence in Yemen, prior to Saudi’s war of annihilation, was to defeat al-Qaeda in the Arabian Peninsula (AQAP). According to a January 2015 story in the Wall Street Journal, Senior U.S. officials said the Obama administration must “take pains not to end up inflaming the situation by inadvertently firing on Houthi fighters… They’re not our military objective. It’s AQAP and we have to stay focused on that.”

The same article stated that the United States made contacts with the Houthis, hoping to establish a working relationship.

Yes, Central Command was perfectly happy to work alongside the Houthis to prevent AQAP from gaining control in the region, but when Saudi and Israel are your allies, Iran is always the boogie man. Anything to make Tehran look like the bad guys is always best practice in US foreign policy.

Now, thanks to ongoing US aid to the Saudis, al-Qaeda continues to distinguish itself as one of the most capable military forces in Yemen, waging what it has called a holy war against the Houthis, who belong to a nominally Shia sect reviled by the ultra orthodox Sunni al-Qaeda cell.

Needless to say, this won’t stop America from assisting a genocide on the Yemeni population. By the time the war ends – and there is currently no end in sight – we may count hundreds of thousands of dead bodies, many of which will be children under the age of 5, currently the war’s favored victims. It is the youngest children who are right now most prone to starvation, cholera, and other causes that would be preventable anywhere else in the world fortunate to be free of blockade. Not so in Yemen.

Despite the turmoil, US history was made when both chambers of Congress invoked the War Powers Act earlier this year in an attempt to check the president’s war-making powers, requiring congressional authorization to deploy troops overseas. The law’s bipartisan sister bill in the Senate – lead by Bernie Sanders, Ro Khanna, Rand Paul, and Mike Lee – required the US to stop supplying intel to the Saudi coalition and cease mid-air refueling of warplanes. Naturally, Trump vetoed the bill. Such legislation would “destroy American jobs,” which of course means putting a cap on military contracts for weapons used in the war, produced by General Dynamics, Boeing, Raytheon, and Lockheed, who the State Department has approved at least $30.1 billion in Saudi military contracts over the past 10 years.

A war with Iran would be devastating to everyone involved, no matter who emerged the victor. The ends of winning would not justify the means of killing thousands on each side, including innocent civilians. It seems, hopefully, that this war rhetoric is just saber rattling. So far in 2019, the US has made multiple moves in spite of Iran, labeling the Iranian Revolutionary Guard Corp a terrorist group, imposing crippling sanctions in hopes of drying out the country’s oil exports (note: never challenge the petrodollar on the world oil market), and increasing the amount of US troops and military equipment in the Middle East.

‘If only Iran didn’t decide to put it’s country next to our military bases, there wouldn’t be a problem!’ Ironically, the only problems present are the “threats” John Bolton or any other adjacent authority can make up about the Iranian menace to US interests.

This, of course, is all related to the geopolitical interests of the US, Saudi and Israel, who constantly shill about fake aggression from Iranian “proxies” like Hamas, Hezbollah, or a fringe independent groups like the Houthis. The point is, Iran is not a threat. Hostile US policies heighten tensions and provoke Iran to act in its own self-defense.

They hate Iran more than al-Qaeda, the group that did 9/11, attacked our towers, and killed thousands of innocent Americans. But it’s okay, because they’re still Saudis, and NOT big, bad Iran.

Bottom line, we’re committing a genocide in Yemen because it makes our friends Saudi Arabia feel better to fight off any potential Iran threat, even though the so-called threat isn’t an Iran proxy and has its own independent motives.

The US is looking for excuses to go to war with Iran, or put on this showmanship and rhetoric of increasing military presence in the Middle East for whatever strategic political gains for the Trump administration, nothing has truly come to fruition. Iran has stated it does not want a war. Period. We know though in 6-8 months, that’ll be a different story.

This is the result of a foreign policy based on favoritism. Nobody wins except the bureaucrats of the military industrial complex, as our toxic interventionist policies ironically continue to isolate us as we spread fear and chaos world-wide. Nobody wants to do business with such a mercurial menace, and will therefore react accordingly for better or for worse.

Special Thanks to Will Porter.

Republished from The New Libertarian