The Young and the Stupid: Virtue-Signaling Over the Olympics

The Young and the Stupid: Virtue-Signaling Over the Olympics 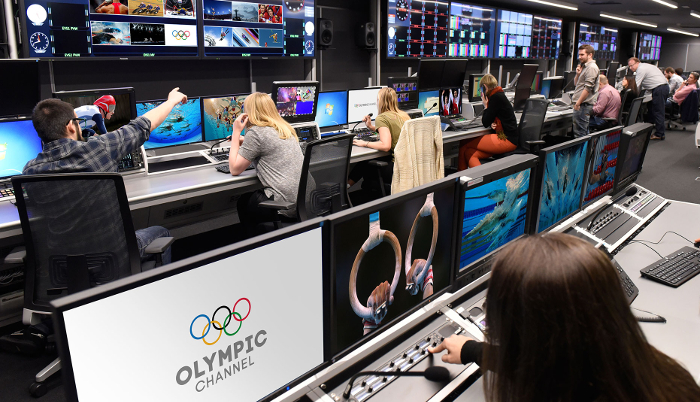 The self-obsessed American media doesn’t realize: it’s not about them!

Oh, the virtue-signaling was hot and heavy as conservative and ostensibly “libertarian” media outlets competed to see who come up with the most self-righteously abusive rhetoric to describe North Korean Politburo member Kim Yo Yong, sister to Kim Jong Un. BuzzFeed grabbed the prize with “a garbage monster” – BuzzFeed being an expert when it comes to garbage. Reason’s Nick Gillespie could hardly contain his joy at the fusillade of hatred: “It was younger media outlets and personalities such as Buzzfeed and CNN’s Jake Tapper that called bullshit on such stories.” In Gillespie’s world, “young” is a synonym for good, because the young and the stupid will inherit the earth. Tapper is one of the War Party’s most fulsome cheerleaders, and BuzzFeed’s working relationship with the US State Department during the Obama administration was pretty brazen: but if Gillespie means young and dumb, or young and bought off, then perhaps he’s right.

“If you hate US leaders more than you hate the Kim Jong-un regime,” tweeted Tapper the tool, “you really need to read up on North Korea” and he helpfully “supplied a link to Human Rights Watch’s analysis of North Korea.” Hatred of foreign bogeymen is what Tapper, Gillespie, and all those no-longer-quite-so-young media mavens deal in: we’re supposed to hate Kim Yo Yong, those North Korean cheerleaders, and anyone who isn’t in a tizzy about “North Korean propaganda” supposedly broadcast by the media. Because, you see, simply showing a smiling and attractive Kim Yo Yong next to the dour and ill-at-ease Mike Pence is “perversely fawning” over the former.

For Gillespie and Tapper, writing about the Winter Olympics and the diplomatic breakthrough of the two Koreas playing on the same team, under the same flag, is all about virtue-signaling; in short, it’s all about them and how wonderful they are. Gee, it’s funny nothing is said about the Saudi players, or the athletes from any one of a number of authoritarian ‘stans where dissidents are regularly boiled in oil. No, it’s just a coincidence that Gillespie, Tapper, and the neocon media are harping on what everyone knows – North Korea is saddled with a horrific regime – at the very moment when there’s a chance that the two Koreas may reach some sort of rapprochement and the threat of a terrible war is considerably reduced.

But guess what – what’s happening in Korea isn’t about Nick Gillespie, or Jake Tapper, or any of the other faithful echoers of the conventional wisdom in Washington, where groupthink is mandatory. It’s about the Korean people, who are overjoyed that the North is responding to overtures from President Moon. The good news is that the US has agreed to talks between Seoul and Pyongyang, and the likelihood of a visit to the North by Moon is growing: Kim Yo Yong’s invitation augurs a repeat of then- President Kim Dae-jung’s 2000 visit to North Korea and the inauguration of the “Sunshine Policy” – derailed when George W. Bush snubbed the South Korean president, refusing to even meet with him when he came to Washington.

Korea has been occupied territory since the end of the Korean war – a conflict, by the way, that never formally ended. For over half a century the Korean peninsula has been threatened with the very real possibility of a renewed conflict, one in which millions of South Koreans would be almost instantly killed, not to mention the 30,000 US troops stationed there. There are an awful lot of people in Washington who would love to keep things that way: there’s a lot of money in military contracts, and in non-material values like prestige tied up in keeping that frozen conflict ice-cold. Yet this archaic relic of the cold war is melting under pressure from both sides of the DMZ.

It is certainly not in the interests of the Korean people to keep this ancient conflict alive, but what I want to know is: how is it in American interests to keep 30,000 sitting ducks stationed there? How do we benefit from paying billions for South Korea’s defense against an “enemy” that desperately wants to make peace?

While a crazed pro-war faction within the Trump administration openly touts the possibility of a “military solution,” Trump himself has alternated between bombast and “let’s make a deal”: “[A]t some point,” he told the New York Times, “there is going to be a point at which we just can’t do this [defend South Korea] anymore. … at some point, we cannot be the policeman of the world.”

Between Nikki Haley, who stupidly declared that “we’re not taking any of this seriously,” and the Gillespie-Tapper-BuzzFeed chorus of virtue-signaling warmongering “young” people, no one is taking the Americans seriously as they try to stand in the way of Koreans who – for some reason! — object to the US turning their country into a nuclear shooting range. As I’ve said on many occasions, the Korean people will eventually find a way around their so-called “protectors” and finally put an end to the division of their land.

And yes it is possible – Stalinist regimes are notorious for cooperating with “bourgeois” governments and parties in order to gain what they see as some temporary advantage. North Korea is at the end of its rope: economically a basket base, diplomatically a pariah, and not exactly the monolith it projects to the outside world.

While the internal politics of North Korea are opaque, there are real indications that there is considerable factionalism inside the ruling Korean Workers Party. The “military first” policy replaced the original “juche,” or autarkic “self-sufficiency” line, and has since drained the North Korean economy by pouring all available resources into defense. What the regime is looking for is a pretext to return to “juche,” the old party line, which emphasized independent economic development: the Songun or “military first” policy did not appear until after the death of Kim Il Sung. The fall of the Soviet Union and the second Bush administration’s “axis of evil” rhetoric gave the North Korean military the edge, over and above the supposedly supreme Workers Party apparatus: the internal balance may now be shifting, which may partially explain the North Korean thaw.

The US needs to facilitate this process rather than blocking it: I don’t know what kind of a “grand bargain” is possible – the denuclearization of North Korea in exchange for the withdrawal of US troops? Growing ties between North and South leading to a federative solution? That’s up to the Korean people – and certainly neither Jake Tapper nor Nick Gillespie should have anything to say about it.

If East Germany could unite with West Germany then North and South Korea are not fated to be eternally sundered. When the ultra-Stalinist “German Democratic Republic” fell, its surrender was led by the ruling Socialist Unity Party, which soon changed its spots and become a social-democratic “left” party that, today, competes in German elections. In other words, stranger things have happened.

Reprinted with permission from Antiwar.com. 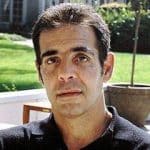 Justin Raimondo passed away on June 27, 2019. He was the co-founder and editorial director of Antiwar.com, and was a senior fellow at the Randolph Bourne Institute. He was a contributing editor at The American Conservative, and wrote a monthly column for Chronicles. He was the author of Reclaiming the American Right: The Lost Legacy of the Conservative Movement [Center for Libertarian Studies, 1993; Intercollegiate Studies Institute, 2000], and An Enemy of the State: The Life of Murray N. Rothbard [Prometheus Books, 2000].