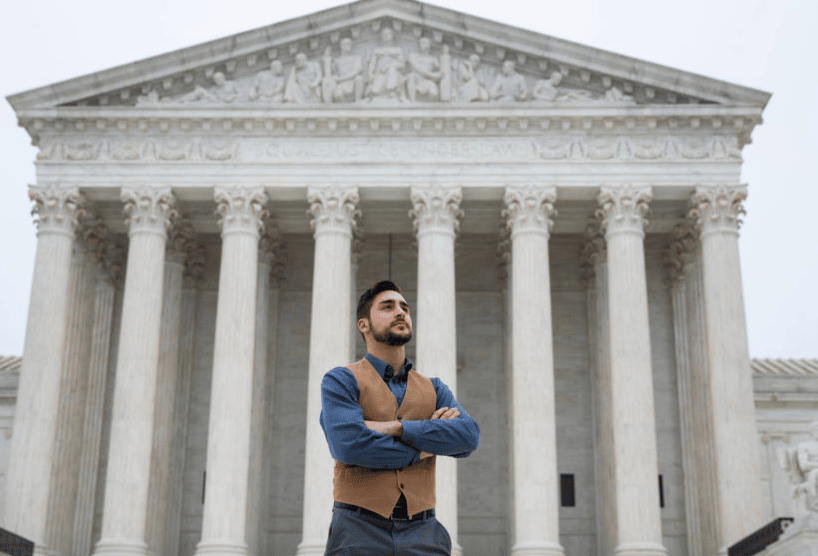 Arlington, Virginia—This morning the U.S. Supreme Court announced it would review the case of James King, an innocent college student who was savagely beaten in 2014 by a police officer and FBI agent in Grand Rapids, Michigan, after being unreasonably misidentified as a fugitive. The officers were working as members of a joint state-federal police task force. Ever since the unjustified assault, the government has played what amounts to a shell game to prevent King from holding the officers to account. Now, the nation’s highest court will weigh in on whether to provide the government yet another tool to shield its agents from accountability. The Institute for Justice (IJ), which represents King, will urge the Court to instead allow King to get compensation for his injuries.

This case is fundamentally about the obstacles that the government and courts have placed in the way of citizens trying to make law enforcement pay for intentional, outrageous abuses. In King’s case, he brought two kinds of federal claims because he was uncertain of the officers’ status as joint agents. First, King brought constitutional claims against the officers themselves. Second, he brought claims against the U.S. government under a statute called the Federal Tort Claims Act (FTCA). Bringing different kinds of claims is normal in American law. But now the U.S. Solicitor General is taking the position that because James brought claims under the FTCA, he cannot also bring constitutional claims against the officers. In other words, the government is asserting that simply bringing an FTCA claim is like stepping on a tripwire that destroys your constitutional claims.

“We hope the Court will reject the government’s request for yet another way to shield officers from constitutional accountability,” said IJ Attorney Patrick Jaicomo. “Because members of joint federal-state task forces have power under both state and federal law, they should be more accountable, not less, when they use that power to violate the Constitution.”

The government first argued for this novel immunity from liability before the 6th U.S. Circuit Court of Appeals, where the court rejected the argument and also held that the officers were not entitled to another form of immunity under the doctrine of “qualified immunity.” But before the case could proceed, the U.S. Solicitor General petitioned the Supreme Court to carve out a new form of immunity under the FTCA that would preclude plaintiffs like King from bringing alternative claims under the FTCA and Constitution.

“In short, the government is asking the Court to provide another shell for its shell game that would make it harder for plaintiffs to bring claims against government officers and easier for officers to avoid accountability for their constitutional violations,” said IJ President and General Counsel Scott Bullock.

“If our constitutional rights mean anything, we must be able to enforce them,” explained IJ attorney Anya Bidwell. “People shouldn’t face a system rigged against them when they are trying to vindicate their rights, especially when those rights have been so clearly violated, as in King’s case.”

IJ will ask the Court not to create another means for the government to shield officers from constitutional accountability.

“There are already too many, and we are hopeful the Supreme Court will agree,” Bidwell said.

Although the Court accepted the government’s appeal, it did not accept King’s cross-petition in this case.  This is the first U.S. Supreme Court case the Institute for Justice will argue before the High Court as part of its Project on Immunity and Accountability, which seeks to hold government officials more accountable when they violate individual rights.