The neocon bomb-dropping right and the anti-human left have both been death advocates trying to use the state to destroy mankind in their own disparate ways — up until now. Wonder of wonders, they now feel no moral confusion when they are wedded in the latest plunder-funded DOD scheme to put private property under government control for the benefit of the military and the bugs.

This wonderful multi-million dollar program dispenses glee to a range of political adversaries by promising to keep people from developing their land so that military drones — and non-human living creatures — will be safe from annoying people and their pesky electromagnetic interference.  It’s a “win-win” they declare.  Apparently, drones don’t like people. Their electronics prefer a pristine desolate landscape free of cell phones and microwave ovens. Selected righties and lefties (like ranchers and eco-warriors) are quoted as loving the idea.  Apparently, state graft can unite them and address their previously irreconcilable differences.

Well, I don’t love it even though I have been the recipient of firm suggestions to participate.  People who benefit (on both the left and right sides of the theft spectrum) have met me by the side of the road and left notes for me telling me that I need to reach for the golden ring and lock up my land in one of these DOD-funded conservation easements to save some endangered military spy-bots and other creatures of the non-human, but living, variety.  Apparently, Skynet can willingly co-exist with non-human animals, but finds people to be a dangerous annoyance that threatens its existence.  My thermal-imaged human profile will now be even more distasteful to the remote operators who will be briefed that my kind have been mostly cleansed from their operating theatre in that rural part of the American soyuz.

While the Federal Reserve notes still work, they might as well run off a few hundred million more and try to buy the silence of the humans rather than enduring the turmoil brought on by squashing them outright. One aspect of this glorious program that I find especially humorous is the idea that the people who don’t fully comply with the agreement with DOD to not use their own land will find that they can never back out. They will discover that “the Army” will “take over” the easement if the “grantee” (stolen funds recipient) makes any changes to his land that were not part of the contract with the “Secretary of the Army.”  So, rather than the golden contract becoming null and void (disentitling the land owner from receiving future stolen funds) because of a contractual breech owing to a rancher building a cabin or a new fence, the Army gains control of the rancher’s property into perpetuity. Sweet deal.

I think these kinds of arrangements appealing to the anti-human right and left could contain the new magic formula for state success in the future. Lobbyists, take note. There is big potential here.  I can see all kinds of possibilities. How about having NSA pay billions to an Indian reservation to create a nature preserve surrounding a giant electronic surveillance facility?  Think about it!  Military contractors and nature NGOs would profit and those annoying sovereign nations might not object as much to federal intrusions. How about a chip that turns off your car when you venture out of your state-defined GPS fence onto a military base or nature preserve? What kind of self-respecting leftie or neo-con wouldn’t vote for that? Cha-ching!

Please invite me to the awards ceremony for this new program. I want to see a North-Com general pinning a medal on the chest of a Greenpeace guy wearing a tie-dyed shirt. 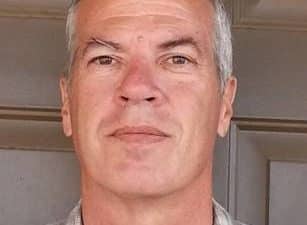 David Hathaway is a rancher and homeschooling father of nine children. He is the elected sheriff of Santa Cruz County, Arizona.