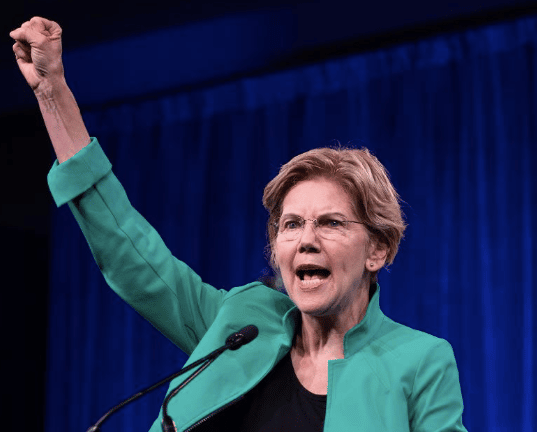 As outrageous as the price tag promised to us for initiatives like Elizabeth Warren’s healthcare plan, Bernie’s ‘Medicare for All’ plan, or AOC’s ‘Green New Deal,’ history tells us the actual cost to taxpayers would be far higher.

In its first year, Medicare cost $3 billion, and as reported by Reason Magazine, “The House Ways and Means Committee estimated that Medicare would cost only about $12 billion by 1990 (a figure that included an allowance for inflation).”

Similarly, Medicaid – the jointly funded state-federal program – was sold to taxpayers and voters with what proved to be a wildly unrealistic price tag.

According to this Federalist article, “In 1965, the House Ways and Means Committee estimated that Medicaid … would cost $238 million in its first year. It actually cost more than $1 billion. By 1971, Medicaid spending had reached about $6.5 billion, blowing away all previous estimates.”

Naturally, the exploding costs of programs like Medicare and Medicaid mean that taxpayers are forced to cough up far more money than what they were promised at the time of passage.

As Reason noted, “In 1965, Medicare architects declared that the initial tax rate of 1 percent of income after 1967 would be sufficient to fund the program for 25 years.” This of course proved to be complete fantasy and by 1972 “the first of several increases in both the payroll tax rate and the wage base against which it was levied.”

It took all of five years for the initial promises to be shattered and for the federal leviathan to reach deeper into the pockets of taxpayers.

If voters knew what the actual burden would be for such government schemes, there’s little doubt public support for them would plummet.

Which leads us back to modern proposals from the likes of Warren and Sanders.

Warren, for instance, has been selling her healthcare plan on the basis that it would largely be funded by a “wealth tax” only impacting households with assets valued above $50 million.

Its easy to see the political appeal of such promises, few people oppose taxes that they won’t have to pay. Targeting a small minority of extremely wealthy people to fund a program providing benefits for a significant share of voters is a well-worn strategy.

But given the history of other massive government programs, are we to believe that only the ‘ultra-rich’ will end up paying for Warren’s or Sanders’ healthcare plans?

Moreover, we can look to the modern income tax as more evidence. When the 16th Amendment was ratified in 1913, the initial federal income tax was targeted at the “top 1%” of earners at the time, with rates ranging from a paltry 1 percent to 6 percent.

A tax sold as only impacting “the rich” as a means to fund government expansion. Sound familiar?

We’ve seen what’s happened to the federal income tax ever since, so why should we believe that Warren’s “wealth tax” won’t have a similar fate of being not only increased, but expanded dramatically to include the middle class?

For instance, a light rail line built in Charlotte, North Carolina roughly a decade ago exceeded projected costs by about 2-½ times initial estimates, costing local taxpayers an additional $300 million beyond what they were promised.

The bottom line is this: never believe the cost estimates of government projects. Politicians will try to promise you that their massive schemes can be funded by modest taxes on “the rich,” but don’t fall for it.

In reality, massive cost overruns for government programs are the norm, whether they be national healthcare initiatives or local light rail programs.

Whenever you hear a politician has a plan, hold on to your wallet.

Reprinted from Erase The State.