What Murray Rothbard Could Teach Bernie Sanders about Rights

What Murray Rothbard Could Teach Bernie Sanders about Rights 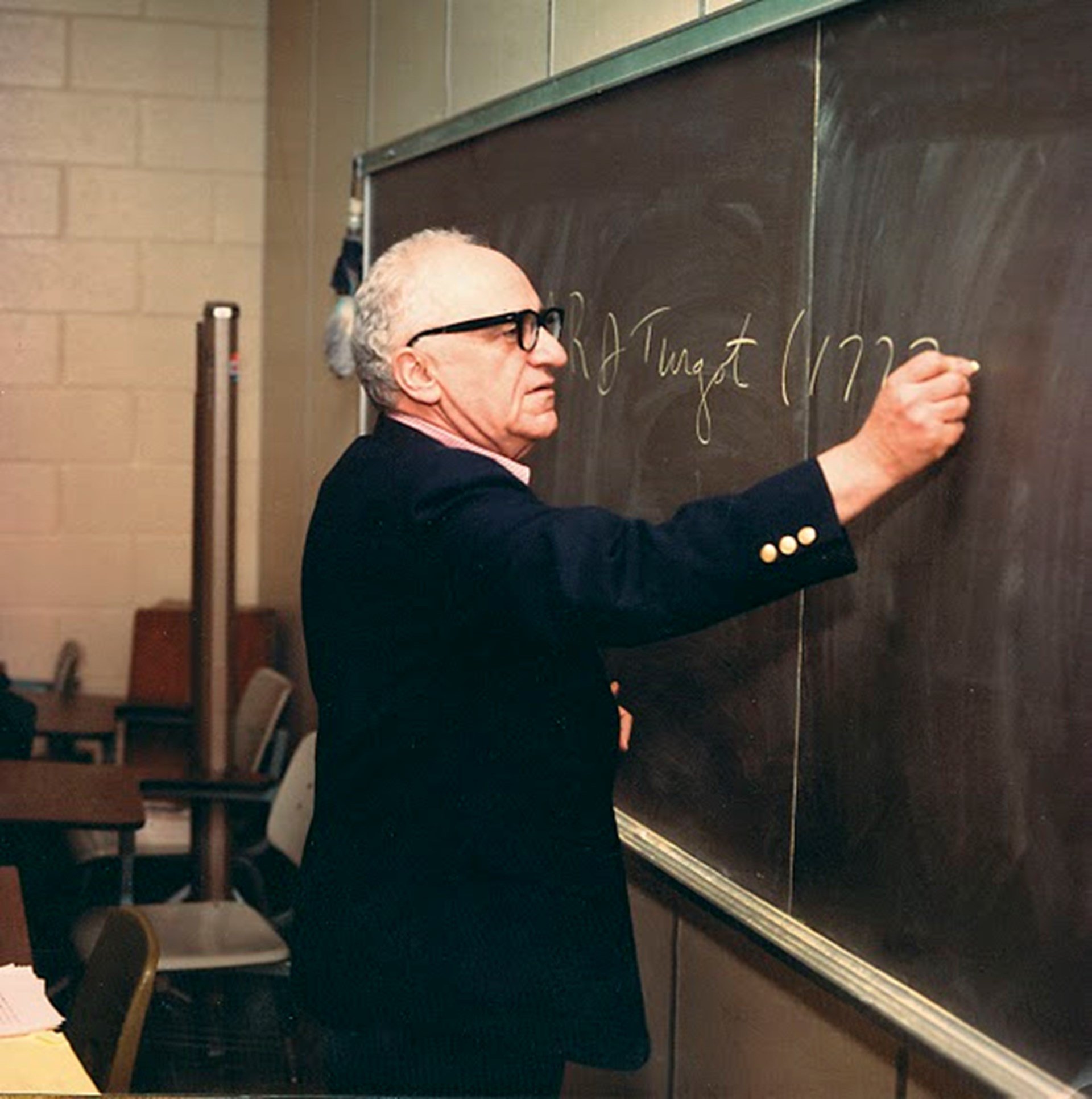 The idea that there exists some sort of moral authority for the state to provide for the poor is nothing new. FDR declared nearly 90 years ago that

In 2019, progressives and democratic socialists have upped the ante, now declaring everything from a job to housing and health care a “right.” Case in point is the recent headline-grabbing speech by presidential candidate Senator Bernie Sanders in which he proclaimed that “Economic rights are human rights,” and called for a “21st Century economic Bill of Rights.” Such “rights,” according to Sanders, include quality health care, affordable housing, and education, among other items.

Sanders’s arguments, however, completely bastardize the very concept of “rights” and ignorantly conflate rights with scarce goods and services.

Goods and services like medical care, education, and housing don’t just exist in a state of nature. They are produced using human labor combined with capital goods. What Sanders, et al. are really saying when declaring “economic rights” is that some people have the right to the labor of others.

More practically, however, what Sanders and others envision is a government-funded system of hospitals, medical providers, educators, and daycare workers providing these services. Instead of declaring a right of some to the labor of the service providers themselves, this system declares a right to a portion of the fruits of the labor of all (or most) productive workers in the form of taxation to pay for such services.

Rights Are Universal and Non-Rivalrous

Furthermore, Sanders’s economic rights violate a key principle of rights that Murray Rothbard wrote about in his 1982 book The Ethics of Liberty. Specifically, he argued that moral or ethical laws must be universal and can hold true for all individuals “regardless of time or place.”

He wrote of the example of a supposed right to three meals a day, noting

it is glaringly obvious that this is a fallacious natural law or natural rights theory; for there are innumerable times and places where it is physically impossible to provide three square meals for all, or even a majority, of the population.

Of course, this applies to the provision of medical care or education with equal validity. The state’s act of taxing the labor of workers to finance goods and services for others means “the aggressor imposes his will over the natural property of another—he deprives the other man of his freedom of action and of the full exercise of his natural self-ownership.”

More specifically, in order to be “universal,” a right must be non-rivalrous. Something is non-rivalrous when its use by one individual does not limit the amount available for use by others.

Clearly, goods like medical care and education do not meet the criteria for being non-rivalrous. Doctors and teachers can only operate on or teach so many people at once. Their provision of services to some necessarily precludes that provision to others.

True rights, in contrast, can be exercised by all universally and are indeed non-rivalrous. Each individual can enjoy their right of self-ownership and freedom of action while not limiting the exercise of others’ rights. Everyone can simultaneously enjoy being free from aggression and compulsion from their fellow man simply through the exercise of voluntary and consensual social interaction.

Rights Can Be Derived from Man’s Nature

Shedding more light on this topic is a discussion defining exactly what rights are and a chain of logical deduction enabling us to arrive there. Rothbard capably completed this task in The Ethics of Liberty using natural law theory. “The natural law ethic decrees that for all living things, ‘goodness’ is the fulfillment of what is best for that type of creature,” Rothbard wrote.

To determine what is “best” for humans, Rothbard argued, we can examine man’s nature just like any other living thing. “If all things have natures, then surely man’s nature is open to inspection,” he declared.

“The natural law, then, elucidates what is best for man—what ends man should pursue that are most harmonious with, and best tend to fulfill, his nature,” he concluded.

As Rothbard so effectively does in economics, he utilizes the example of a “Robinson Crusoe” living in isolation to construct a framework for natural law. In the beginning, Rothbard writes, Crusoe

comes to learn he has numerous ends, purposes which he desires to achieve, many of which he must achieve to sustain his life: food, shelter, clothing, etc.

Crusoe must also learn how to achieve these goals, according to Rothbard.

To achieve his ends, he must, as quickly and productively as he can, take the nature-given resources and transform them into useful objects, shapes, and places useful to him – so that he can satisfy his wants.

From this, we can conclude that “Crusoe must produce before he can consume, and so that he may consume.”

In short, man must use his reason to acquire knowledge of how to transform nature around him in order to survive and satisfy his ends. “Reason is man’s instrument of knowledge and of his very survival,” wrote Rothbard.

But if he engages in harmful behavior, what Rothbard described as “an act deliberately set against his life and health,” such as knowingly eating poisonous mushrooms, this “decision would have been objectively immoral.”

the natural law provides an objective set of ethical norms by which to gauge human actions at any given time or place.

Self-ownership is the critical component, as Rothbard reasoned, because man must be free to use his reason to survive and exercise his “natural ownership over his self.”

But man does not live in isolation. Humans live and interact in a social context. Therefore, we can transition to an understanding of “rights” as applying natural law to man’s interactions with others.

Because humans must act in order to survive and to satisfy their ends, as Rothbard explained, “rights” are the freedom to pursue chosen means to satisfy one’s needs and wants without aggression or coercion from others.

Property Rights of One’s Own Body

On this score, Rothbard argued that the right to self-ownership necessarily implies “the concept of ‘rights’ only makes sense as property rights.”

As he explained, There are no rights “to” economic goods or services, but rights involve freedom of action absent unwanted interference from others.

Since people own themselves, they naturally own not only their labor but also the fruits of their labor. Aggressing to physically harm someone or to take their property, therefore, is the means by which rights are violated.

There are no rights “to” economic goods or services, but rights involve freedom of action absent unwanted interference from others.

The Overuse of the Term “Rights”

The concept of “economic rights” is a fallacy. Items like health care and education are not rights. They are scarce goods and services that are created with human labor. Nobody has a right to the labor of others because enforcing those “rights” violates our natural right to self-ownership.

Taxing some to pay for these economic goods also violates the right to self-ownership because it forcibly takes the reward for productive activity and empowers the aggressor with the ability to dispose of it as the aggressor pleases.

Today’s debate over the “right” to health care, education, and other economic goods is merely an attempt by statists to redefine the concept of rights in order to impose more political power over greater swaths of our lives and liberty.

The stakes are too high to let them get away with it.