What Robert Reich is hiding from millennials

What Robert Reich is hiding from millennials 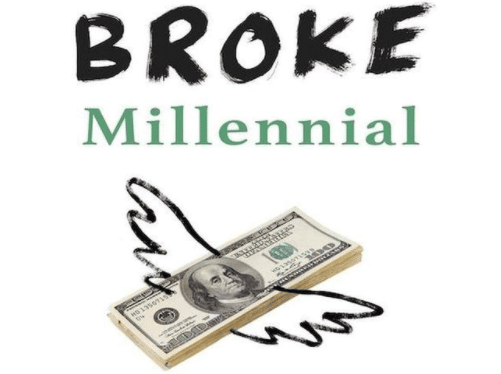 Former Labor Secretary Robert Reich’s latest video presentation attempts to explain to millennials why they are so broke. Disappointingly, millennials will be left wanting, as Reich never delves deeper than surface-level observations and conceals some inconvenient facts that may lead viewers to a very different conclusion than Reich would like them to reach.

Produced by his organization called “Inequality Media” and published at Salon.com, Reich’s latest commentary is entitled “Four reasons why millennials don’t have any money.”

Millennials, Reich continues, are “deeper in debt, only half as likely to own a home, and more likely to live in poverty than their parents.

“If we want to address their problems, we need to understand those problems,” he concludes.

Closer inspection of his four main points, however, reveals that Reich himself either doesn’t understand the source of these problems, or is intentionally obscuring them.

With no explanation offered, Reich begins by informing viewers that “Median wages grew by an average of 0.3% per year between 2007 and 2017, including the Great Recession – just as millennials were beginning their careers. Before that, between the mid-1980s and mid-1990s, wages grew at three times that rate.”

No doubt, entering the workforce during the Great Recession was a very perilous task. Such a daunting labor market put many a millennial behind schedule in terms of financial advancement.

But the economy has been in recovery mode for about a decade now, so why the continued slow income growth?

A significant factor can be found right in the theme Reich is examining: age. As noted in this 2018 MarketWatch article: “But it’s worth noting that the aging of America’s workforce is having a downward impact on pay.

With more experienced, higher-paid workers aging out of the workforce, median wages are bound to be dragged down. “The San Francisco Fed studied this issue in depth in March 2016,” the MarketWatch article continued. The study found that as baby boomers retire “the fraction of exits occurring from above the median wage has gotten larger,” which naturally drags down the median.

Moreover, as the economy recovered, more low-wage workers that lost their jobs during the recession began to re-enter the workforce, applying more downward pressure on median wages.

“Second: As wages have stagnated, the costs of essentials like housing and education have been going through the roof”

Here, Reich points out how millennials own fewer homes, and further points out that, adjusted for inflation, “the average college education in 2018 cost nearly three times what it did in 1978.”

Like his first point, Reich offers no potential explanations for this phenomenon.

In higher education, as with healthcare, a system increasingly reliant on third-party payers for the expenses has been a major driver of exploding tuition costs. As summed up in this College Board article “with third parties paying part or all of the bills (via government and private ‘scholarships,’ subsidized loans, and subsidies of institutions), schools can often raise fees without dire financial or academic consequences.”

In 2018-19, according to College Board, undergraduate and graduate students received a total of $246 billion in student aid in the form of grants, tax credits and loans.

With billions in federal student aid, grants and below-market interest loans courtesy of the U.S. Department of Education artificially inflating demand for college, tuition prices were sure to explode. Why does Reich deprive millennial viewers of this vital information?

“Third: As a result of all of this, debt”

Here Reich informs viewers that “the average graduate carries a whopping $28,000 in student loan debt,” and that as a generation, “millennials are more than one trillion dollars in the red.”

We already addressed a primary driver of rising tuition costs that Reich ignores. But here we can further note that the levels of student loan debt is so crushing because such a significant share of millennials are not earning enough to afford the debt payments.

Young people are often drawn into college on the promise that a college degree is their only ticket to career success.

But increasingly, it is not. As Ohio University economist Richard Vedder has written, “The Federal Reserve Bank of New York said that 41.4 percent of recent college graduates in December 2018 were ‘underemployed,’ doing jobs mostly held by those with lesser education.”

In other words, more than two-fifths of recent grads are in jobs that don’t require a college degree. As Vedder notes, this is because “(W)e actually have too many college graduates for the number of professional, managerial, and technical jobs available.”

With a glut of college graduates flooding the job market, there is little bargaining power for millennials entering the market, outside of those with degrees in highly technical areas. In too many cases, a college degree simply does not translate into earning power sufficient enough to pay off formidable student loans.

And that glut can in no small part be attributed to the massive sums of money flowing from government programs, a fact Reich turns a blind eye to.

“Fourth: Millennials are finding it harder than previous generations to save for the future”

Historically-low interest rates for the past decade, which followed decades of a mostly low-interest environment, discourages savings. Why set money aside when there is virtually no financial gain to doing so?

For most of the millennial generation’s adult lives, the paltry interest on savings has been insufficient to keep up with inflation.

Reich further points out that employers are “replacing pensions with essentially ‘do-it-yourself’ savings plans; and that among Fortune 500 companies, “only 81 sponsored a pension plan in 2017, that’s down from 288 twenty years ago.”

Readers are just supposed to accept this as is, with no broader context.

What could be helpful to note is that perhaps corporate pension plans are being crowded out by rising healthcare costs.

Research by the Peterson Center on Healthcare and Kaiser Family Foundation shows that large group employer coverage costs to employers more than doubled between 2003 and 2018.

This has escalated during a time of dramatically increasing government intervention into the healthcare market.

With so many more dollars going to paying employee health benefits, there’s little wonder that companies are cutting back on pension plans.

Without further explanation for why millennials have no money, they will be more susceptible to accepting misguided policies claiming to ease them of their financial woes.

With the goal of selling government as the key to millennials’ financial security, it is hardly surprising that he would want to conceal vital facts about how government intervention is a primary cause of their financial struggles in the first place.

Millennials: don’t just unquestioningly accept Reich’s recommendations. Do your homework and discover the underlying causes to this “generational wealth gap.” You just might find that the solution lies in less government, not more.