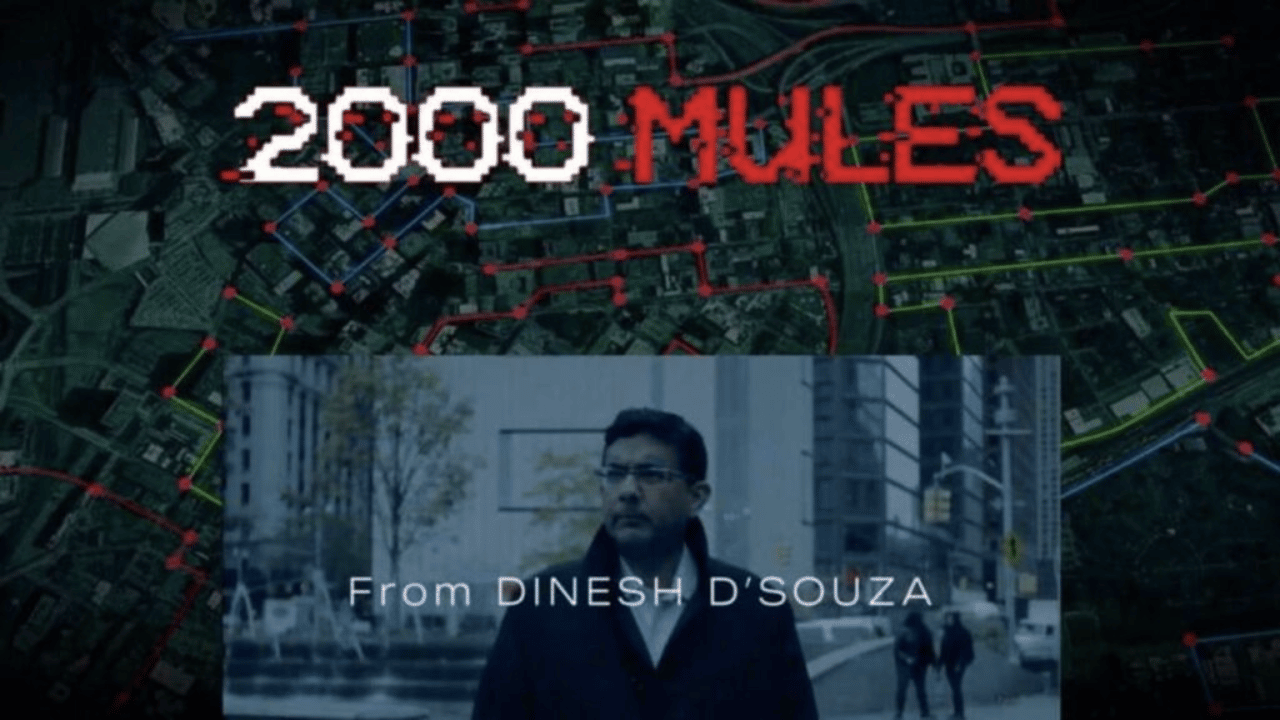 “I do not think we should have pushed for an election in the Palestinian territories. I think that was a big mistake,…[A]nd if we were going to push for an election, then we should have made sure that we did something to determine who was going to win.”- Hillary Clinton (2006 Audio Emerges of Hillary Clinton Proposing Rigging the Election, Observer.com, October 28th, 2016)

It’s official. Hillary Clinton spread election misinformation on the 2016 presidential debate stage by claiming 17 intelligence agencies had confirmed Russian interference in the election. And in 2020 Joe Biden spread misinformation on the presidential debate stage, along with dozens of intelligence officials up to and including former Directors of the CIA from both parties, alleging the Hunter Biden laptop story was “Russian disinformation.” Was this the only election meddling that took place in recent presidential elections?

Dinesh D’Souza has directed a phenomenal new movie on the 2020 election titled 2000 Mules. The film defines a “mule” as “[A] person that is involved in picking up ballots from locations and running them to the drop boxes,” aka paid ballot traffickers.

Not only does such an issue exist, but like every other atrocity, it’s bipartisan. The first example of selective ballot trafficking D’Souza mentions is the 2018 election in North Carolina, where a Republican congressional campaign was caught engaging in such illegal activities using absentee ballots.

Using geolocation techniques and security camera footage, D’Souza and his team were able to identify hundreds of these mules in battleground states during the 2020 presidential election which could have easily swayed the results. Around the 31 minute mark you can find one mule dropping off ballots at 28 drop boxes in a single day. A number of these individuals even take pictures of them placing the ballots in the box, then throwing away gloves they were wearing immediately after the drop off. 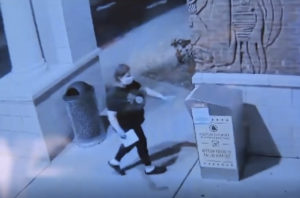 Why I Spent Money to Watch This Movie

In 2014 I was in Chandler, Arizona voting at Sanborn Elementary School on Chandler Blvd. & McQueen. In the short amount of time I was there, I witnessed voter fraud. In place of a name, an address was given to the poll watchers at the front desk, and one person voted for another member of the household they lived in.

I’m reminded of the time when I was in high school and my dad came home very early from work to find my friends and I chewing tobacco and drinking whiskey. He said something like, “I come home early one time, and this is what you’re doing? No way in hell is this the only time it happened.”

My dad was right. And I don’t believe for a second the one time I went to a voting location was the only time such fraud occurred. With all the corruption and new voting rules that were implemented, is it any surprise 50,000 voters received the wrong ballot in Ohio? Or that people living in two states have been caught voting twice in the same election?

Looking at the monarchical system of the past, many intellectuals incorrectly blamed the shortcomings of said monarchies on the elitist character of the kings and queens who flaunt their royalty.

The problem with monarchy is not elitism or some people having a huge sway in society. Anytime people organize a very small portion of people have most of the influence. This is known as the Iron Law of Oligarchy. The problem with monarchy lies in the fact that one organization, the state, has an exemption from morality by having a monopoly on violence within a geographical area. The state has a recognized right to do things to people that would clearly be criminal if any other organization did them.

Imagine the Catholic Church (or any person or group of people) doing what the state does every day;

Everyone who doesn’t give the Catholic Church 25% of their annual income every year will be put in jail, and if they resist the Jesuit officer, the officer has a right to shoot them. Everyone by law must chip in to Catholic Church School, and if parents don’t send their kids there they will be jailed for a truancy law violation. Most people need a license by force of law from the Catholic Church in order to work, this way the Church can keep you and customers safe. And all humans have a nine-digit Cathoilic Security Number so the Church knows who’s who. If the Catholic Church decides to wage war on the Church of Scientology, everyone must be forced to fund the war and men ages 18-41 will be conscripted to perform forced labor against their will.

The problem with this situation is not that we don’t get to vote on who the Pope is once every four years and the votes need accurate counting. The problem is some people claiming an exemption from common sense morality by engaging in non consensual activity.

The solution is to decriminalize all capitalist acts between consenting adults and cease to have moral double-standards for elites and laymen alike. In short, privatize everything. Incentives of profit and loss allow you to harmonize individual self-interest and collective well being. It’s also a morally justified system since it relies on voluntaryism while recognizing the right of self defense.

Overall, I give the movie an 8.8/10. The amount of research put together for this alone was very impressive, not to mention D’Souza’s unapologetic claim in the final scene which I won’t spoil.

I’ll end with my favorite D’Souza quote from one of a previous film:

“This is capitalism’s trump card. It encourages creativity and empathy, and puts them at the service of the wants and needs of the people.The inequality the socialist left despises, isn’t created by the entrepreneur. It’s created by us. The proud boast of Democratic socialism is that it puts the people in charge of the economy. What control do you have over the post office or the DMV? We vote in elections every two or four years, but as consumers we exercise our choices daily, directly through the market. The free market is far more reflective of popular consent, than democratic socialism. We don’t have to extend democracy from the political to the economic sphere, b/c we already have it. Capitalism, not socialism, is the true form of social justice.”- Dinesh D’Souza, Trump Card: Beating Socialism, Corruption and the Deep State