Why State Propaganda is Far Worse Than Corporate Advertising

Why State Propaganda is Far Worse Than Corporate Advertising 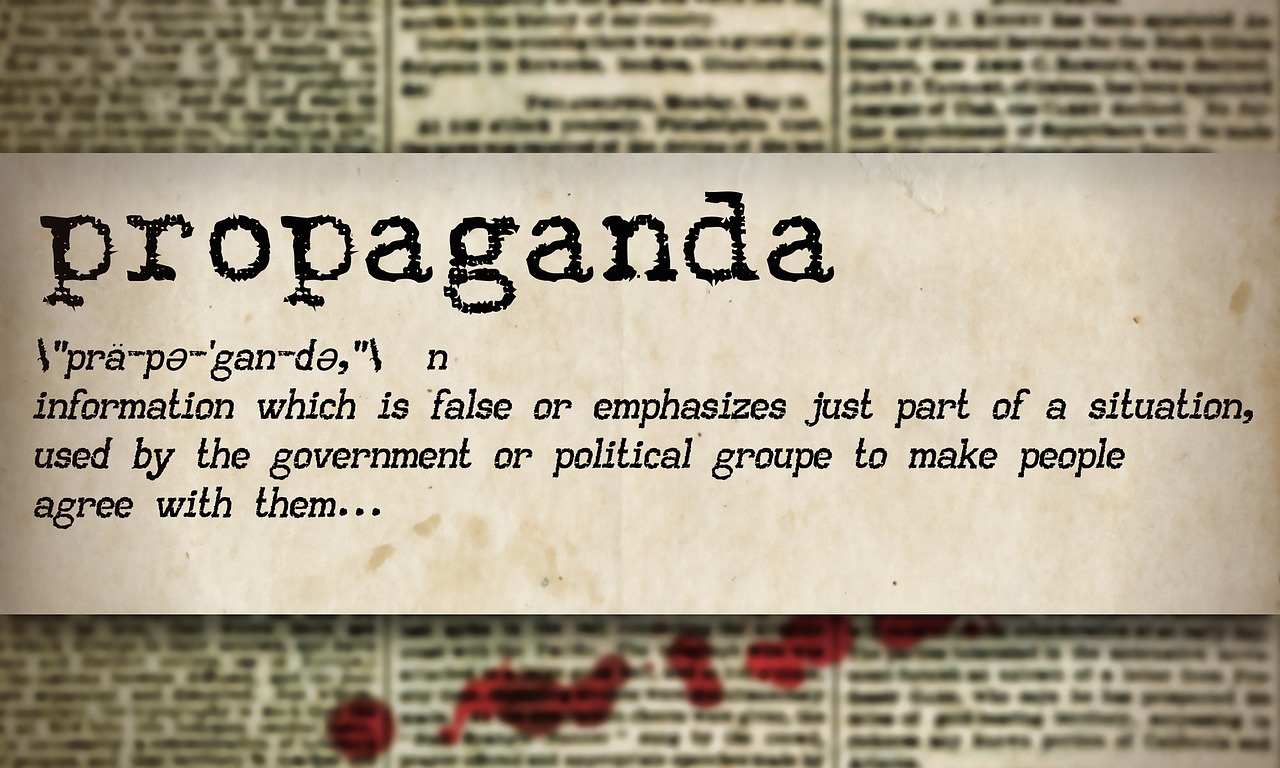 One of the key criticisms leveled at a free enterprise capitalist system is that the desire for material goods is an unnatural by-product of corporate power. Indeed, as argued by post-Keynesian economist and social critic John Kenneth Galbraith, in his popular 1958 book “The Affluent Society,” it is business advertising that induces a Pavlovian response in consumers to purchase increasingly frivolous goods and services.

As a result, Galbraith argued, America’s affluence in the private sector of goods and services came at the expense of public goods, such as education and welfare programs to reduce poverty.

In his book “Egalitarianism as a Revolt Against Nature and Other Essays,” however, Murray Rothbard persuasively argues that Galbraith gets the causal relationship between corporate advertising and consumer demand backwards.

Rothbard summed up Galbraith’s argument as essentially stating if not for advertising, people would be perfectly satisfied living a much more austere lifestyle. “In short, people, according to Galbraith, would, if let alone, be content with nonaffluent, presumably subsistence level living; advertising is the villain that spoils this primitive idyll,” Rothbard wrote.

Galbraith’s argument, Rothbard observed, “is that private wants are all artificially induced by business advertising which automatically ‘creates’ the wants that it supposedly serves.”

As such, Galbraith imagines incredible power in the hands of businesses. Rather than serving the needs of the public, companies can control the public’s desires using flashy marketing and advertising.

But this raises a serious question of “how A can ‘create’ B’s wants and desires without B’s having to place his own stamp of approval upon them,” as Rothbard pointed out.

Moreover, if a company merely needs to launch a comprehensive advertising campaign to “create” demand for a product, why do they invest so much in market research to instead discover consumers wants?

“For if by advertising, business production automatically creates its own consumer demand, there would be no need whatever for market research—and no worry about bankruptcy either,” he continued.

Rothbard accurately pointed out that in a competitive market economy, the consumer is the boss – dictating to producers what to produce and in what quantities based upon the buying decisions of the consumers.

And as society grows wealthier, this dynamic solidifies even more. “(A)s living standards rise above subsistence, the consumer gets more particular and choosey about what he buys. The businessman must pay even greater court to the consumer than he did before; hence the furious attempts of market research to find out what the consumers want to buy,” Rothbard concluded.

Curiously absent from Galbraith’s analysis, Rothbard points out, is “the enormous amount of advertising and propaganda by government.” The government expends tremendous amounts of resources convincing the public of virtue, funded at taxpayer expense.

The main difference between business and government advertising, Rothbard notes, is that the citizen has a chance to test the claims made by business advertisements. If, for example, a cereal company promotes its cereal as being tasty, the consumer has a chance to test that claim personally. Based on his first-hand experience, he then can determine whether or not he will continue to purchase that cereal.

When the state, on the other hand, “advertises its own virtues over the mass media, the citizen has no direct test to permit him to accept or reject the claims,” Rothbard wrote. “If any wants are artificial, they are those generated by government propaganda.”

Indeed, the gravest difference between government and business marketing is that “business advertising is, at least, paid for by investors, and its success depends on the voluntary acceptance of the product by the consumers.”

Conversely, Rothbard continued, “Government advertising is paid for by means of taxes extracted from the citizens, and hence can go on, year after year, without check. The hapless citizen is cajoled into applauding the merits of the very people who, by coercion, are forcing him to pay for the propaganda.”

Galbraith’s argument in “The Affluent Society” got things backwards. Corporations can not “control” the demands of the public, but rather its consumers that exercise control over the productive direction of corporations by virtue of their buying decisions. If anything, government marketing schemes intended to indoctrinate the public to the benefits of the state represents the truly cunning and controlling form of advertising.