Yes, Julian Assange Is a Journalist — But That Shouldn’t Matter

Yes, Julian Assange Is a Journalist — But That Shouldn’t Matter 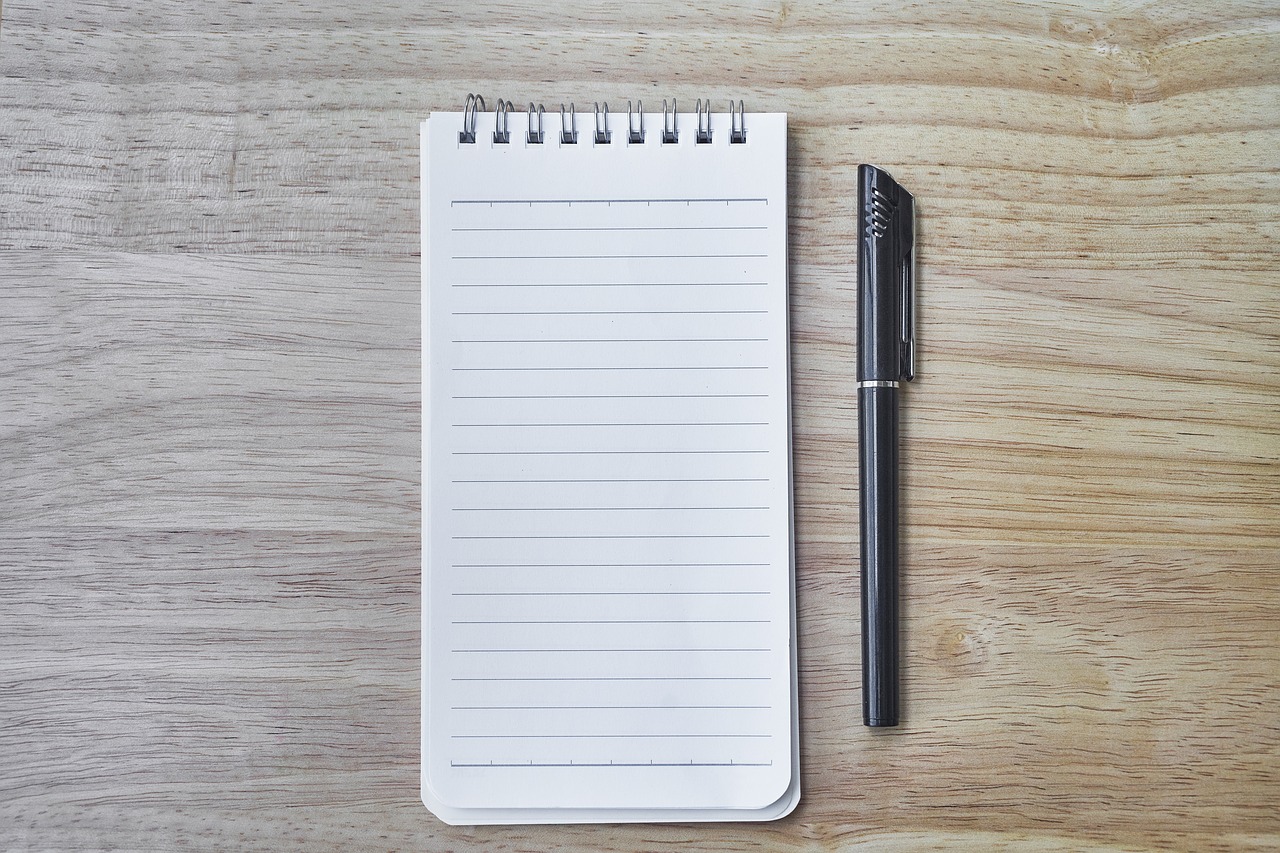 Julian Assange was arrested last week in London, and he awaits legal proceedings designs to extradite him to the United States to be tried on hacking charges. At least, those are the charges currently known. Experience suggests that US authorities are likely to add additional charges once they have Assange in the US.

The US government has sought to prosecute Assange since at least 2010 when Wikileaks released video footage of US forces murdering civilians — including two Reuters reporters — during 2007 air strikes.

Many additional leaks followed, which served to make Wikileaks and Assange the enemies of a diverse number of politicians, bureaucrats, and government intelligence agencies. Thus, his arrest has long appeared nearly inevitable.

Given Assange’s role in exposing government lies, corruption, and abuse, one would think that most journalists — most of whom fancy themselves as warriors against government abuse — would call for his release.

That’s not what happened. Instead, many self-described journalists have claimed that Assange isn’t a journalist at all.

In the wake of his arrest, The Washington Post and USNews both dispatched columnists to define Assange as not-a-journalist. Not surprisingly, the right-wing media — e.g., National Review and Commentary — which reliably sides with the military establishment, has also denied Assange is a journalist.

But why exactly is he not a journalist?

According to Kathleen Parker, writing for The Washington Post: “He is not, after all, a journalist, despite his claiming to be, because he isn’t accountable to anyone. No filters, no standards.”

Parker goes on to claim that real journalists must subject their work huge corporate media outlets like The New York Times or The Washington Post, thus allowing editors at those organizations to then decide what information ought to be considered worthy of public disclosure.

Writing for US News, Susan Milligan claims Assange is not a journalist because his motivations are not sufficiently pure. She claims Assange released certain information for the purposes of retribution or personal amusement.The fact that this information was also potentially significant in identifying government abuse and corruption is apparently irrelevant to Milligan. In her mind, “legitimate journalism” is defined by your feelings about the information being released.

Not all journalists fallen victim to the fetish for making journalism a special protected class of approved experts.

Demanding that Assange be afforded the usual protections afforded to journalism demanded by the establishment media, Glenn Greenwald has supported Assange, as has  James Ball at The Atlantic.The editorial boards of some small American newspapers — being outside the DC-NewYork axis — have taken a more principled stand on exposing government crimes, declaring Assange to be a journalist, indeed. The Pittsburg Post-Gazette’s editors write:

Most of the “standards” the media establishment are using to redefine Assange as a non-journalist are purely arbitrary. Whether or not one gets the approval of someone at The Washington Post or some other “official” media outlet has exactly nothing to do with whether or not one is a journalist.

After all, the standards used by journalists today to define their exclusive group were invented less that a century ago. They were pushed by those who wanted to popularize  the idea of “expert” journalists who could dictate to the general public as to what information was relevant to the public interest.

In her column against Assange, Milligan defines journalism as “collecting information, checking the facts, getting the perspectives of the people affected by the information, and then putting all of it together in a way that puts the details in perspective.” But she’s just repeating quaint bromides they teach undergraduates in journalism school.

Prior to the triumph of the Progressive myth of journalist “experts,” the definition of journalism was far more broad, and far more flexible. Although today’s J-school priesthood insists not just anyone can call himself a journalist, that certainly wasn’t the case in the days when anti-slavery activists routinely set up their own newspapers to report on the realities of slavery in America.

Yes, people like William Lloyd Garrison and Elijah P. Lovejoy were ideological anti-slavery activists. But they were also journalists. Virtually no one disputes this today, although pro-slavery activists at the time certainly denounced these newspapermen as mere agitators and Jacobins.

Unfortunately for the slave drivers of the antebellum South, Kathleen Parker of The Washington Post wasn’t around to demand that the first-hand testimonies of escaped slaves — a common feature in the abolitionist newspapers — be submitted first to the wise editors of The New York Times. Only then, it seems, could we know if anti-slavery information was in the “public interest.” Given that the mainstream press of the period opposed abolitionism for the most part, we could expect that the slave narratives would have been deemed “irresponsible” and not up to the standards of “journalism.”

Thank goodness out modern-day gatekeepers weren’t around then.

Although many establishment journalists are going to great pains to pave the way for Assange’s prosecution, they face a problem: there is nearly universal agreement among journalists that Daniel Ellseberg is a hero.

Ellsberg, of course, is the former RAND Corp. employee who stole government secrets from his employers and sought (successfully) to have them published in major news outlets. Today, these documents are known as The Pentagon Papers, and their release was a watershed moment in journalism and in the Vietnam War. The documents showed, among other things, that President Lyndon Johnson lied to both the puiblic and to Congress about US involvement in Vietnam. It was an embarrassment for the US government overall, and the military establishment. It helped hasten the end of the Vietnam War and helped to cast a pall of illegitimacy over the entire endeavor. At the time, the information was classified.

Ellsberg was eventually prosecuted for theft and espionage. The case was dismissed.

Ellsberg’s reputation, however, means it becomes necessary for journalists to claim that Ellsberg and Assange are fundamentally different in some way.

For his part, Ellsberg himself sees no difference. In an April 11 interview, Ellsberg denounces the arrest of Assange, and clearly considers Assange’s actions to be comparable to his own.

The primary difference it seems, is that the methods of disseminating information as much different in today’s world than was the case in 1971 when Ellsberg released the Pentagon Papers. The distinction between Ellsberg and Assange appears to be merely one of technology.

But why is so much ink being spilled on whether or not Assange a journalist? Yes, some of it is just the usual narcissism we’ve come to expect from reporters. Journalists regard themselves as an exclusive club, and they like to excommunicate those whom they suspect of moving in on their territory.

But the stakes are higher than that.

If Assange is a journalist, then his arrest and prosecution is an attack on what investigative journalists do everyday.

While there have been some attempts in the media to define Assange’s investigative methods as substantially different form journalism in general, no real distinctions are clear. Much of the rhetoric surrounding claims of Assange’s criminality stem from the assertion that he asked Chelsea Manning to give him more government information.

Yet, this behavior is common to journalists everywhere.

Ellsberg, for instance, states “if that’s a crime, then journalism is a crime,” noting he had been asked on numerous occasions by numerous journalists to provide them with more information. He adds “unauthorized disclosures of this kind are the life’s blood of a republic.”

Do Journalists Have Special Rights?

At the heart of the matter, we find an additional problem: the idea that journalists enjoy special rights that ordinary people don’t. Consequently, if Assange is a journalist, then he gets special legal privileges in whistleblowing and releasing sensitive government documents. If he’s not a journalist, he’s then presumably open to prosecution.

The authors of the First Amendment, though, did not envision any such distinction. In the late eighteenth century — as in the days of the antebellum abolitionist press — newspapermen were simply people who set up a printing press and sold newspapers. If you could convince someone to buy your papers, you were a journalist.

Governments hated this, of course. The ease with which journalists could print nearly any opinion or revelation was why John Adams wanted the Alien and Sedition Acts — to shut journalists up.

But the freedom of speech was so ingrained in the American mind by that point that there was little the federal government could do about them. After all, the First Amendment says simply that Congress shall make no law “abridging the freedom of speech, or of the press…” It doesn’t say anything about these freedoms being restricted only to people who are deemed journalists by The Washington Post. Had the authors of the Bill of Rights wanted this to be the case, they could have said so.

Today, things are quite different. Lawmakers, courts, and their accomplices have managed to define down who is a journalist in order to protect the government from embarrassment.

Establishment journalists have been happy to play along, claiming special privileges for themselves while demanding those outside their circle of friends be sent to federal prison.