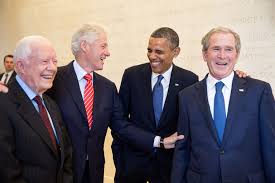 Are libertarians “utopians” who’s ideas are undeserving of time and attention? 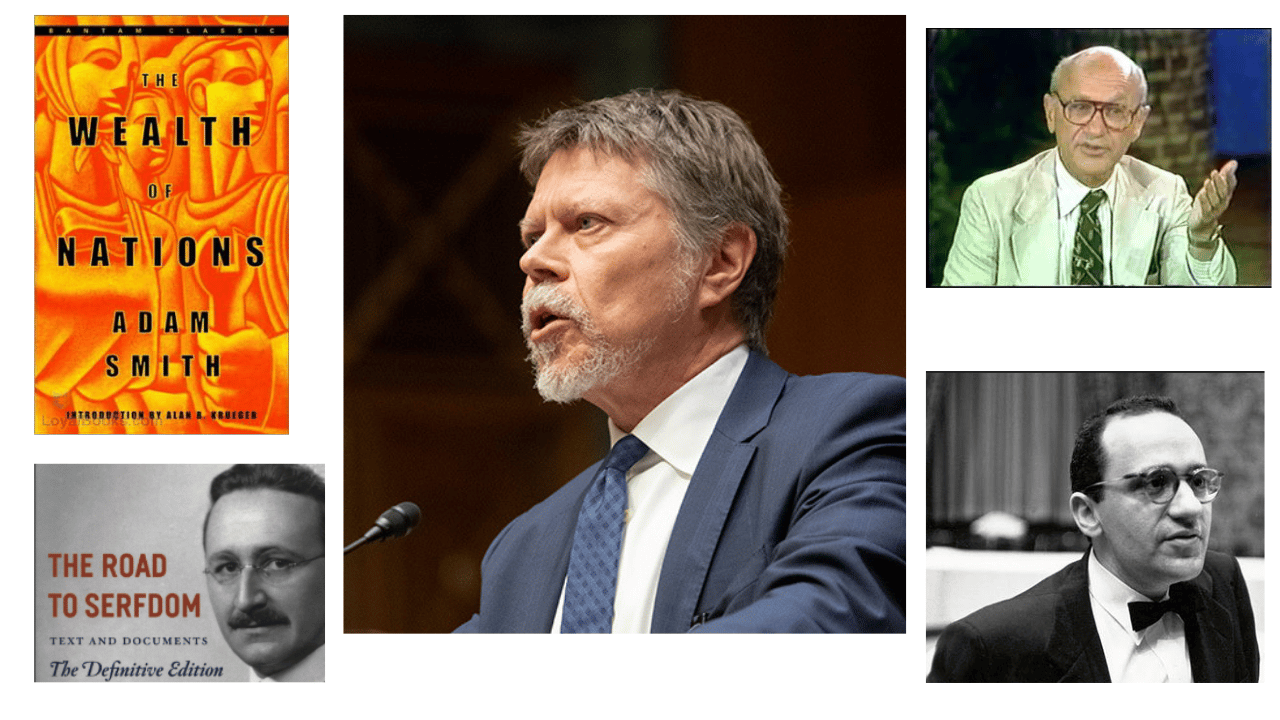 Why Everyone Should Support Free Markets

What is free market capitalism?

What is the difference between government and the free market?

Why are some countries wealthy and some poor? 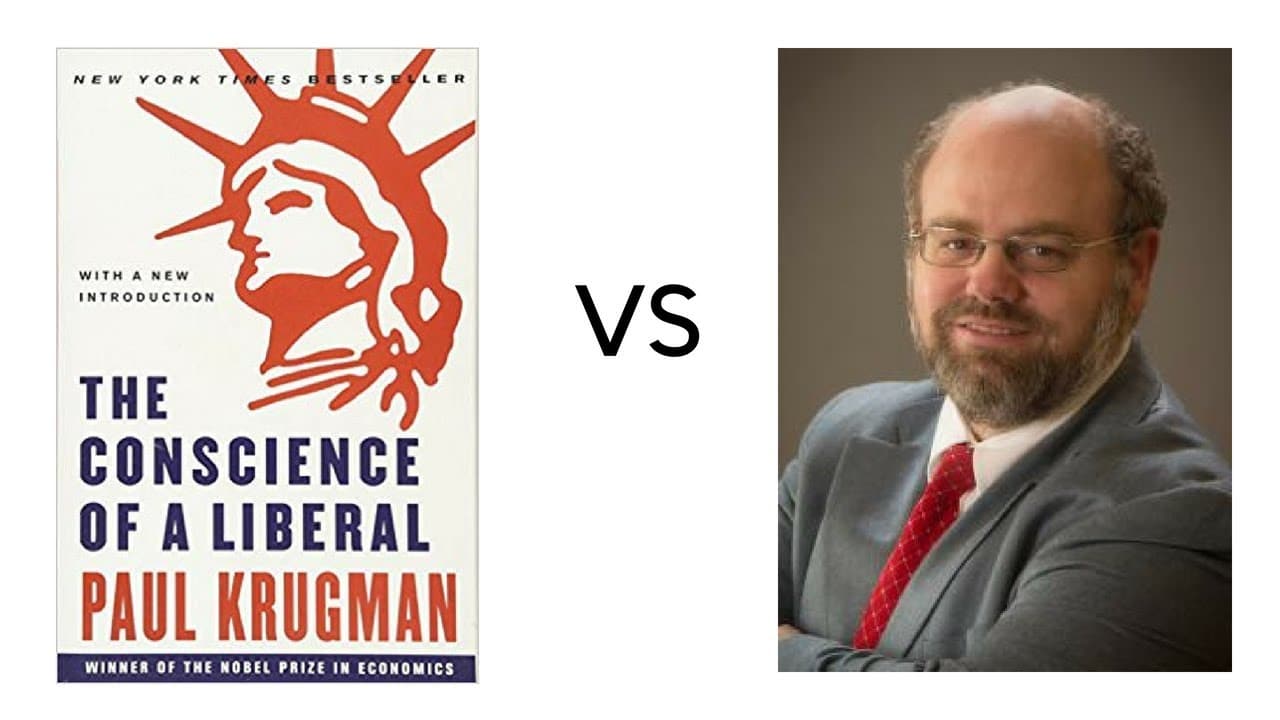 The Conscience of a Liberal by Paul Krugman – REBUTTED

Economist Robert P. Murphy and I discuss Krugman’s take on leftism, the morality of the state, welfare, economic cycles, inequality, the great depression and much more!

In short, Krugman fails to explain why the state has a moral right to do things (initiate violence against peaceful people to collect taxes, cage them for victimless crimes, etc.) no other group has the right to do, rendering his thesis not only contradictory but also immoral. 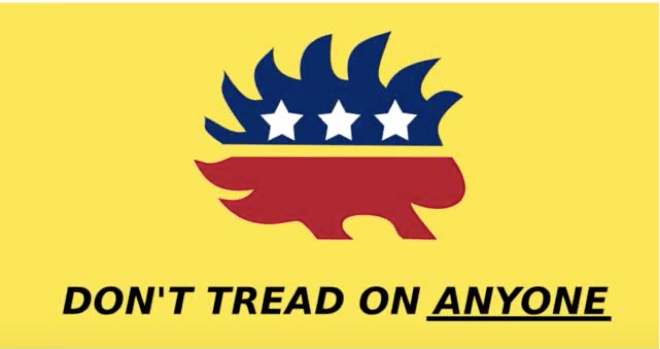 How to DEBUNK Libertarianism!

What would libertarians need to hear, in order to change their minds on supporting libertarianism?

Like any other theory or claim, we must define it, then find a way it can be falsified in order to avoid engaging in “moving the goal post” or confirmation bias.

Libertarianism: The moral philosophy that no person or group of persons have the right to initiate violence of fraud, and just acquisition of property comes from contract/voluntary exchange, original appropriation or proportionate restitution from aggressors.

What makes the state (all governments) illegitimate? It exercises control over resources that its agents never acquired through original appropriation or voluntary exchange, and it does so without the consent of the rightful owners of said resources.

To refute this claim, one must explain either (a) states do not initiate violence, or (b) violence is justified when a group called government does it.

If (a) of (b), they must then explain why states have a monopoly on rights no other group has- Does the Libertarian Institute have a right to ‘collect taxes’ or cage people for victimless crimes via ‘legislation’ they write, or engage in ‘compulsory education of children’? 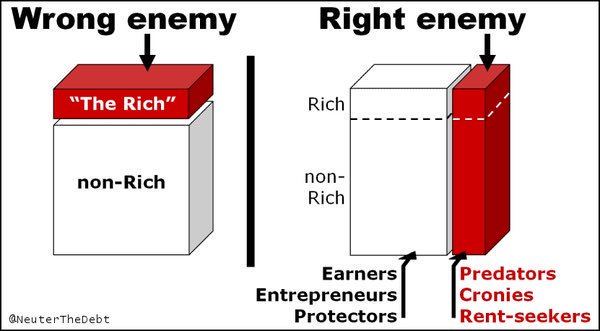 The Libertarian Case for Equality

Can one consistently believe a majority of 535 congressmen have the right to coercively rule 330 million Americans, and believe in equality?

If you believe one group should monopolize AR-15s and taxation, do you believe in equality?

In this video, I attempt to refute the statist position on equality, and justify the claim that only the libertarian/voluntarist position is dedicated to achieving equality in the genuine sense; equality of rights under natural law.

US News The Department of Justice Inspector General found that every FBI FISA warrant had several problems and abuses. The average warrant had 20 problems, with one having as many as 65. [Link] The Pentagon wants to make its 5-year spending plan classified. [Link]...

Libertarians, All Decent People: Let the Harmless Out of Jail Due to Pandemic; Government: No, We’re Releasing the Child Rapists

You just cannot make this stuff up. Thank goodness for the heroes at the Free Thought Project who swim up to their eyeballs in America's lawless totalitarian police state all day to bring us such vital information.

Doesn't even bother with the magic word, "waistband." Cops can kill whoever they want. That's the law.

ABANDON SHIP! While you're at it: abandon the empire.

From Marketwatch "The Federal Reserve on Tuesday said it was establishing a temporary repo facility for foreign central banks that will help make U.S. dollars available in their jurisdictions. In the new facility, the central banks will be able to temporarily exchange...

Charlie Davis talks about his project, Skate Palestine, which is trying to spread the sport of skateboarding to Palestinians in the West Bank. He says that Palestinians, already perceived by the state of Israel as outsiders in their own homeland, are in some ways...

Scott interviews Reese Erlich about his latest antiwar.com column, which describes the dangerous game being played by the war hawks in Washington as they ratchet up tensions with Iran. The Trump administration has retaliated several times against Kataib Hezbollah...

3/27/20 Patrick Jaicomo on Our Unaccountable Overlords

Patrick Jaicomo of the Institute for Justice discusses the (brief) history of the "qualified immunity" doctrine, which makes it very difficult for civilians to sue government agents for constitutional rights violations. Jaicomo breaks down the different types of legal...

Scott talks to David Stockman about the fate of the economy after the coronavirus-induced shutdown and the multi-trillion dollar bailouts being undertaken by the U.S. government. Stockman is much more concerned about the economic ramifications than about the virus...

80 Minutes Adult Language Pete asked Matt Freeman from the Statist Quo podcast and Pat Watson from the Uncensored Tactical podcast to do an impromptu livestream in which they went over various ways you can prepare for a "shelter in place" order when it comes to...

53 Minutes Suitable for All Ages Pete invited Tom Woods and Michael Boldin to come on the show. They start out with a brief history of State nullification of federal overreach and how the states have put it into practice. They then talk about the implications of...

62 Minutes Suitable for All Ages Pete wanted to do an episode about the economy so he invited Associate Professor at Oklahoma State University and Mises Fellow, Per Bylund, to return to the show.  Per on Economics for Entrepreneurs - Please Subscribe! Per on...

The EARN IT Act Must Be Stopped guest John Dangelo

John Dangelo joins Foreign Policy Focus to discuss the dangerous EARN IT Act. While the bill claims to protect children, in reality, it will allow for mass regulation of communication on the internet. It will roll back the key Section 230 rule that allows for websites...

Pushing Towards War with Iran guest Will Porter

Will Porter returns to the show to discuss the Trump admin's move towards war with Iran. The recent events happened under the cover of the coronavirus and got little attention in the MSM. Trump's civilian advisers pushed him to carry out strikes within Iran, and it...

The Deadly Cocktail of Coronavirus and Sanctions

On FPF #467, I discuss the deaths caused by coronavirus and US sanctions in Iran. The country has been one of the hardest hit by the outbreak so far and continues to struggle to import medical supplies due to the US sanctions. North Korean and Venezuela are in a...

Peter Quinones returns to Foreign Policy Focus to discuss the state's 'right' to murder and the lack of accountability. Pete first explains how the flawed US justice systems has put innocent people to death. He discusses how police are able to kill people and avoid...

Yan Pritzker graces me with his presence and knowledge. Welcome to understanding bitcoin for dummies...not really. Bottom line is, if you're confuzzled on how bitcoin works, Yan is your man. Enjoy. Follow me @MrPseu  Follow Yan @skwp GiveBitcoin.io Buy Inventing...

Fellow choir boy and crypto addict,@ZaneWithSpoon, tells me his story of becoming the CTO of Dispatch Labs. Zane shares how he got into crypto, buying his first bitcoins, differences between Ethereum and Bitcoin, surviving the 2017 ICO Pump and Dump, and the future of...

Happy New Year everyone! Thank you all so much for your support this year. I really couldn't have done it without you guys giving a crap. Today's episode I'm gonna share a new article I wrote that you can read via the link below (but reading's for losers, so who am I...

https://www.youtube.com/watch?v=HunN6f8XyIc Stephan Kinsella is a practicing patent attorney, a libertarian writer and speaker, Director of the Center for the Study of Innovative Freedom (C4SIF), and Founding and Executive Editor of Libertarian Papers. Find his work...

https://www.youtube.com/watch?v=cXhoSMNfPrg Jeffrey Tucker and I discuss the morality of capitalism and right wing collectivism.

https://www.youtube.com/watch?v=6fHTrwE7CeA To summarize Rawls- "So much of life is the result of circumstance that no person can be entitled to what they "earn", therefore one group of people called government has the monopoly right to initiate violence against...

Separation of Economy and State

https://www.youtube.com/watch?v=nHQdldtKPRo&t=4s If a group of people do not coercively monopolize how a country thinks, won't people think bad thoughts thus do bad things? Shouldn't we have common sense thought control? If this "cure" seems worse than the...