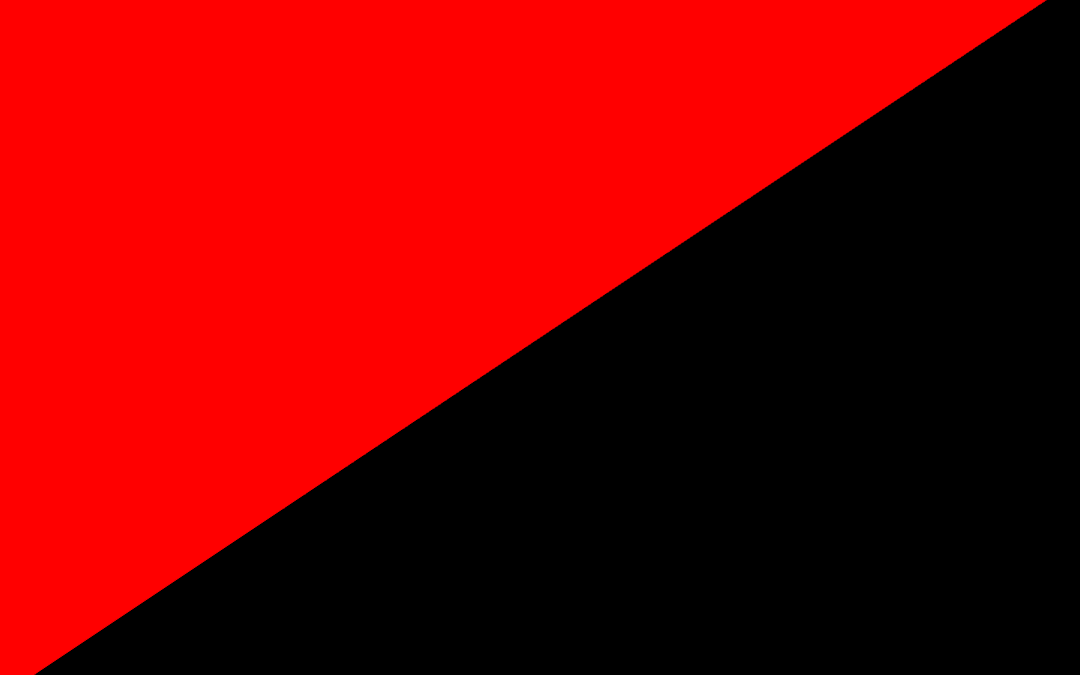 In Defense of Libertarian Socialism

Socialism has become quite the boogyman for libertarians everywhere, especially since the majority of libertarians are more right-wing rather than left. To understand this on a very basic level, take a look at the political compass. It’s not perfect since it lacks distinction between moral beliefs and legal beliefs but can serve as an easy way to (broadly) categorize political identity  into four sections: authoritarian left, authoritarian right, libertarian left, and libertarian right.

Both authoritarian quadrants represent a high government presence and little autonomy for the individual. These include communism, monarchism, fascism, and nazism. Most developed nations favor an authoritarian right-leaning government.

Libertarians on the other hand place more power into the individual’s hand with minimal government interference. Libertarian socialism seems infeasible off the bat. As we know it, universal healthcare, welfare, and other social safety nets require some type of government coercion to be functional in any capacity. This is clearly antithetical to libertarian belief, so how could libertarian socialism even be a legitimate ideology?

The ideas on either end of the spectrum are just two sides of the same coin. Libertarian socialists also maintain a belief in personal autonomy and individual freedom on all fronts. They generally reject the concept of having the state control aspects of a person’s life the same way right-libertarians do. The beliefs on the social axis remain on the same wavelength almost entirely but start diverging when entering fiscal policy.

Libertarian socialists tend to adopt similar philosophies as authoritarian communists and socialists but differ in the means of achieving that goal. They place heavy significance on the people owning the means of production and avoiding becoming wage slaves. In their ideal civilization, they would achieve this by decentralizing power or abolishing authoritarian institutions and utilizing trade unions, libertarian municipalism, and communes. Furthermore, they are anti-capitalist by nature and can view corporations and wage slavery as active infringements of their rights as citizens. This is a big leap from right-wing libertarianism as they typically view a free market as the ultimate economic system and want to operate within a capitalist framework.

Like any other system of governing, the interpretation of human rights is the biggest factor in determining whether or not one thinks a political ideology is legitimate. Anarcho-capitalism and anarcho-communism are both regularly subjects to dialogues stating that they could never function as envisioned. The interpretation is unimportant; the defining factor of libertarianism is a right to choose to live life as they see fit without interference from the state.

Libertarian socialism at its core espouses these ideas. They believe in abolishing government and placing power into the individual’s hands and focus on a voluntary form of living. Capitalism is just another form of authoritarianism to them and is included in the overall deconstruction of governing bodies. Whether or not a libertarian socialist society could function is another story, but they do in fact maintain a distrust of government and a belief in personal liberty.

Richard Douglas writes on firearms, defense and security issues. He is the founder and editor of Scopes Field, and a regular contributor at The National Interest, 19FortyFive, The Daily Caller and other publications.

US News Mike Treacy details some of the “crimes” people were issued tickets for during the covid lockdowns. Some of the reasons were as benign as hanging out and sitting in the park. [Link] A police dog found drugs every time it was brought to check a car. Other dogs...

In Coming to Palestine I defended, from a libertarian perspective, the Palestinians against Israeli/Zionist oppression. I am reluctant to repeat that case in a far shorter form here, but the horrendous current events throughout Palestine/Israel, including the Gaza...

3 new interviews of Me

Is the War on Terror Directed at US Citizens Now? - Buck Johnson The U.S. Empire's Destruction Of Somalia and Yemen - Pete Quinones The State of Policing - Year Zero with Tommy Salmons

The Antiwar Comic: What Position?

Hey all! I'm back with some more comics! We never really stopped, but if you want to get caught up this is the next comic below click thru at the Webcomic Factory for the rest. It was interesting doing Antiwar Comics during the Trump era, since he seemed to be trying...

After a fiery year of cultural outrage against the state of policing in America, President Joe Biden's administration has announced that they have heard the pleas of the people. They will not stand by while a nefarious force maliciously targets the African American...

Latest interviews of Me

A few new ones in the last week. Despite Afghan withdrawal pledge, US may find new ways to extend the war - Aaron Matè Thought and Conduct - Beto Renteria Biden's Plan to Withdraw from Afghanistan and US Escalation with Russia - The Liam McCollum Show TheAnarchast -...

Scott interviews Alan Macleod about all the ways the mainstream media distorts the Israel-Palestine narrative to make it seem like both sides share some of the blame for an unfortunate situation that isn't really anyone's fault. What's never explained is the fact that...

Ramzy Baroud discusses the deliberately misleading way that stories about Israel-Palestine are presented in western media. The story, he says, almost always begins with the fact that Palestinians have launched rockets at Israeli forces, or at least presents the...

Scott talks to Phil Weiss about Israel-Palestine in light of the violence of the last few days. Weiss begins by pointing out that Human Rights Watch has finally declared Israel to be a single apartheid state. In other words, the two-state solution is dead, and the...

Scott talks to Dave Smith about the upcoming Pennsylvania Libertarian Party convention and the special Mises Caucus event happening in Pittsburgh the same weekend. Both Smith and Scott will be speaking this Friday, May 14th, and there will be a host of other guest...

Episode 577: Recognizing The Enemy At Home w/ ArcaicSkidz of ‘Derailed’

89 Minutes Not Safe For Work ArcaicSkidz is the host of Derailed on YouTube. He asked Pete to come on and do a Livestream in which they hit more topics than can be mentioned here. Derailed on YouTube AS on Twitter Get Autonomy 19 Skills PDF Download The Monopoly On...

Episode 576: The Thought Of Leon Trotsky And His ‘Connections’ To Neo-Conservatism

74 Minutes PG-13 Bird is one-fourth of the hosts of the Timeline Earth podcast. Bird joins Pete to talk about the political thought of Leon Trotsky and any connection he may have to Neo-Conservatism. Episode 558: Marxism Part 5 - The Thought Of 'Post-Marxist'...

54 Minutes Safe for Work Yuri N. Maltsev is a Professor of Economics at Carthage College in Wisconsin. He held various government and research positions in Moscow, Russia. Before defecting to the US in 1989, he was a member of a senior economics team that worked on...

64 Minutes PG-13 Del Bigtree is an Emmy Award winning producer who worked on the TV The Doctors for 6 years. He is now the host of The Highwire podcast and is the executive producer of the documentary Vaxxed. Stacie4truth asked Pete to join her as co-host for an...

COI #109 – Palestine Has a Right to Defend Itself

On COI #109, Libertarian Institute writer Connon Freeman returns to the show to break down this week's events in Palestine. Days of heated protests over looming evictions of Palestinian residents of East Jerusalem prompted harsh police crackdowns, including around Al...

Dave DeCamp, News Editor at Antiwar.com, returns to Conflicts of Interest to discuss Biden’s foreign policy through his first 100 days in office. As a candidate, Biden pledged to end the forever wars and scale back tensions with Iran. While he has reduced some US...

On COI #107, Kyle and Will discuss the ongoing persecution of Julian Assange, who remains in a maximum security UK jail as the Joe Biden administration seeks to imprison him for the better part of 200 years. While Biden spoke of his appreciation for brave journalists...

On COI #106, Danny Sjursen returns to the show to discuss the death of Chadian President Idriss Deby, who was killed in fighting with rebels in late April. While Chad is a key player in US and French 'counter-terrorism' operations across Africa's Sahel region, Danny...

https://youtu.be/qKdnhNMMbHM Marx and his followers have never demonstrated any awareness of the vital importance of the problem of allocation of scarce resources. Their vision of communism is that all such economic problems are trivial, requiring neither...

https://youtu.be/nohK6D99wVc In a socialist state, the government has arrogated to itself virtually all property and power of the country. Murray N. Rothbard Economic Controversies, p. 446 LBRY / Odysee:...

https://youtu.be/ljpRZH4Z_4A To make their rule permanent, the State rulers need to induce their subject masses to acquiesce in at least the legitimacy of their rule. For this purpose the State has always taken a corps of intellectuals to spin apologia for the wisdom...

Reaching NPCs Where They Are (wherever that is) ft. Keith Knight Ep. 164

https://youtu.be/HVUyqNXH7Js How do we best frame the case for liberty when speaking with those on the Left? Keith Knight joins me to discuss the finer points of Dave Rubin's "Don't Burn This Book." Follow Keith Knight's Don't Tread on Anyone Keith on Twitter Episode...

https://youtu.be/zvpOFgLcNto I joined forces with Joanne Leon of the "Around the Empire Podcast" to discuss the US State Department's influence on the independent media. We also discuss the West's narrative against China and Russia, nuance in foreign policy positions,...

Legalman joined me to discuss the cognitive dissonance of constitutional conservatives, the infiltration of movements, and crypto as a psyop Legalman twitter The Quash 19 Skills Pdf Autonomy Course Critical Thinking Course Donate

Richard Grove was gracious enough to join me to discuss his thoughts on the Great Reset and the Fourth Industrial Revolution. 19 Skills Pdf Autonomy Course Critical Thinking Course Donate

The State of Policing w/Scott Horton

I asked Scott Horton to come on and discuss the ever-growing tensions between the citizens and the police. Scotthorton.org Antiwar.com Libertarianinstitute.org Donate