Idaho Man Mistakenly Shot By Cops In His Backyard

“An Idaho police officer fatally shot a man in his own backyard Monday while searching a neighborhood for a suspect believed to be armed, officials said.”

This is how the cops describe the shooting:

“We do not currently have the answers as to what exactly occurred during these moments,” Idaho Falls police Chief Bryce Johnson said. “We do know that during this interaction, an Idaho Falls police officer discharged his service weapon firing one shot which struck the man.”

Of course they have to investigate to make sure all proper protocols were followed:

“The Idaho Falls Police Department will conduct its own investigation to determine if proper protocols were followed.” 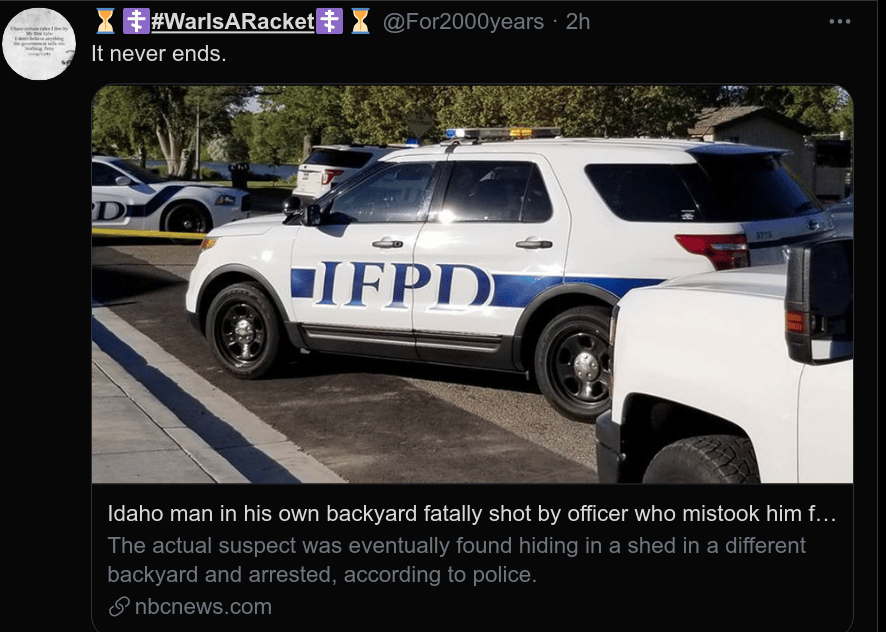