N.Y. Times: How The U.S. Military Hid An Airstrike That Killed Dozens Of Civilians In Syria 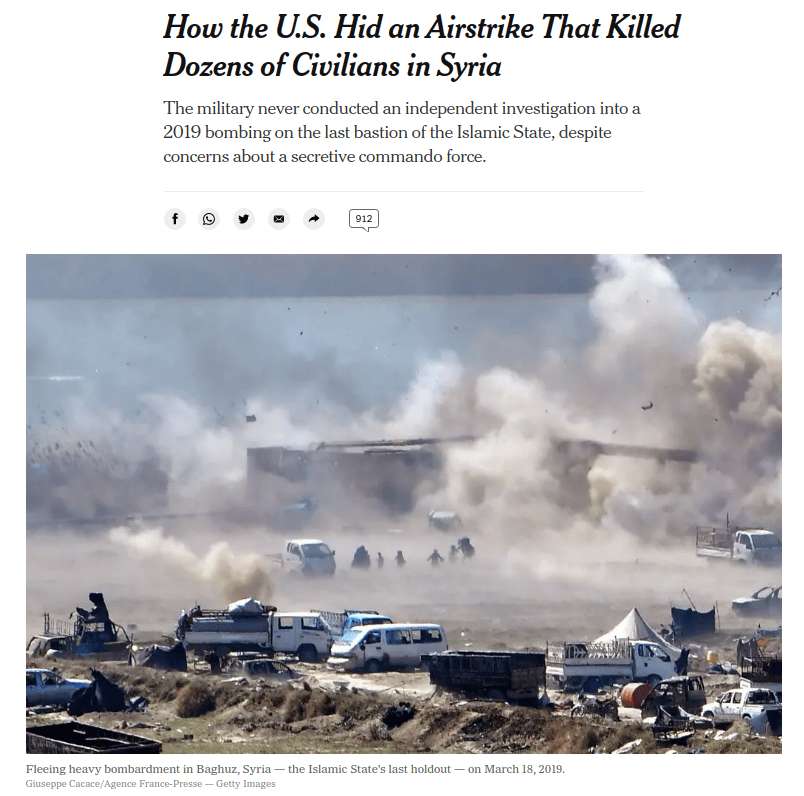 “The Baghuz strike was one of the largest civilian casualty incidents of the war against the Islamic State, but it has never been publicly acknowledged by the U.S. military. The details, reported here for the first time, show that the death toll was almost immediately apparent to military officials. A legal officer flagged the strike as a possible war crime that required an investigation. But at nearly every step, the military made moves that concealed the catastrophic strike. The death toll was downplayed. Reports were delayed, sanitized and classified. United States-led coalition forces bulldozed the blast site. And top leaders were not notified.”