Trump should be impeached for

“The Trump administration on Friday invoked a rarely used provision of American arms control laws to sidestep Congress and authorize billions of dollars in weapons sales to key Middle East allies, raising regional tensions and angering lawmakers who characterized the decision as an abuse of power, according to congressional sources.” 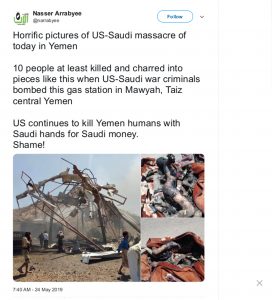