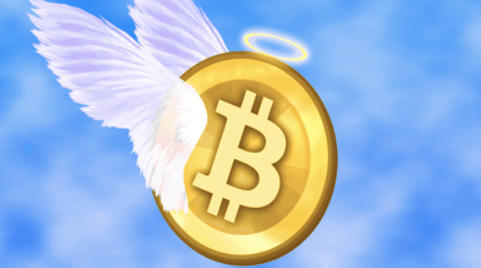 If bitcoin is dead, then it has no value proposition

Bitcoin’s mere existence is its greatest marketing campaign. As we’ve covered above, the characteristics it possesses naturally creates interest, appeal, profit, controversy, and grief. Any of these sums that get spread amongst the public serves as a proxy-marketing mouth piece that breathes life into bitcoin. The result? The best PR bitcoin could possibly ever ask for. Only, bitcoin never asked in the first place. Such PR is eloquently demonstrated in an article by Thomas Kuhn, CFA of Mine Digital. In his piece Why Bitcoin Is Not Failing, it’s clear to see that bitcoin’s life is legitimized by analyzing certain value propositions it possesses.

Bitcoin’s construction is based off of the Philosophy of Monetary Value. Simply put, this theory claims monetary value is a thing that exists, and is the same theory Nick Szabo used when he created Bit Gold. Such value should come with unforgeable costliness.

Gold in itself is the best real-world, tangible example of this theory. Everyone agrees gold is very high in value. This value is demonstrated through its durability, scarcity, difficulty and costliness to obtain, and nearly impossible to counterfeit.

A primary catalyst of bitcoin’s value is the Halvening, (also spelled as halving) or the moment when Bitcoin’s block subsidy gets cut in half, roughly every four years. The halving is a crucial feature of bitcoin because it maintains its fixed inflation rate.

Like gold, bitcoin is a scarce asset. It’s capped with a 21 million supply, which also contributes to its volatile nature. Yes, there will only be 21 million bitcoin created in all existence.

Thus, this increases its monetary demand and emphasizes its store of value. Plus it looks pretty. As Nick Szabo states in the Bit Gold White Paper.

“Precious metals and collectibles have an unforgeable scarcity due to the costliness of their creation. This once provided money the value of which was largely independent of any trusted third party…

“Thus, it would be very nice if there were a protocol whereby unforgeably costly bits could be created online with minimal dependence on trusted third parties, and then securely stored, transferred, and assayed with similar minimal trust. Bit gold.”

This missing protocol is what Satoshi Nakamoto’s Gold 2.0 needed, and achieved.

The construction of the Bitcoin network itself creates and sustains its life. This is done through bitcoin’s security system, Proof-of-Work. The proof of work system was originally created by one of the original Bitcoin Core contributors, Adam Back.

In May of 1997, Back created the Denial of Service Counter-Measure solution, Hash Cash. The protocol was originally proposed as a mechanism to throttle systematic abuse of un-metered internet resources such as email, and anonymous remailers.

The first reference of proof-of-work can be analyzed in the Hash Cash White Paper published on 1st August 2002 as, “the hashcash CPU cost-function computes a token which can be used as a proof-of-work.”

In layman’s terms, Back’s big idea behind proof-of-work was to make someone pay a price for coercively sending you unsolicited internet usage like spam mail, or any form of a DoS/DDoS attack.

You don’t have to be a romantic to see that the relationship between the technological innovations of Szabo’s Bit Gold and Back’s Hash Cash is a match made in heaven. In order to create such “unforgeably costly bits” and to keep them as such, you need the process of mining that digital gold to be really expensive. Plus, it’s got to be equally expensive (if not more) to undo all that hard work from the get-go. Ergo, that’s what Proof-of-Work is for. And believe me, it’s totally worth it, because we say so.

Bitcoin’s value proposition and its source of life was perfectly articulated by Dan Held in an interview on the Honey Project. Held explains that price doesn’t necessarily follow security, so much as security follows price.

“What breaths life into bitcoin is the shared allusion that we all have; that it has value.

It’s our belief that its genetic code is really good.

It’s our belief that the traits it has as money give it a fighting chance.

And so us believing that together by storing our money that was fiat currency (like dollars and Yen and Euros) by taking that money which is a representation of our time and energy, (because we had to expend either or to earn it),

…when we store that [time and energy] in bitcoin’s ledger, we give it power. And that power essentially builds that wall.”

In his piece, Khun further griefs that:

“the will that some parties have for the technology to fail is bizarre, bordering on the crazy. It is not analysis, they write as if their opinion carries weight into the essence of the established idea, that it might affect the mechanics of Bitcoin and that they themselves could perhaps will it into destruction with their focused mind and needy, damaged reputation.”

Clearly, the opposite has been demonstrated. The fact people want bitcoin to fail proves its very existence. In a way, their efforts are their own proof of work (or failure rather). They can’t fight it without legitimizing its value.

Bitcoin incentivizes innovation and prosperity. By analyzing real-world use cases, it’s clear that it provides hope to those during the most hopeless of times. It allows us to think clearly, be scrappy, crafty, and live as sovereign individuals.

The improvements and needed solutions for the network signal entrepreneurial opportunity to voluntary market participants, and developers who may or may not be new to the scene. These individuals are willing to take the risk of diving into the uncertain, (yet very certain) space for financial, educational, and spiritual growth.

Bitcoin embodies the power of free-markets and the natural human incentive to retain one’s sovereignty. So long as individuals strive to be free, bitcoin will have a long, fruitful life.

So why isn’t bitcoin dead? Simple. People like it.