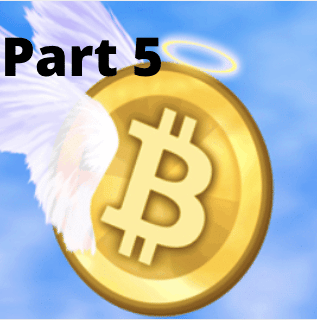 If bitcoin is dead, then so is its volatility

Bitcoin’s volatility further demonstrates why it is not dead. By analyzing its hypersensitivity in price over time, it’s evident that bitcoin is not only resilient, but appreciates in value. This characteristic repeatedly attracts more speculators during every bull run bitcoin goes through.

The ability of bitcoin to withstand these volatile gyrations in the market is what attracts newcomers. Those few who manage to stick around after the hype-cycle become financially, and emotionally invested in bitcoin by learning the ins and outs of how and why it works. If the community is fortunate enough, these “new coiners” (or folks who have yet to buy bitcoin, as the great Nik Bhatia has coined), become evangelists, and educate “‘no coiners,” or to-be-converted skeptics. For more insight, I highly recommend reading Chapter 3 of The Little Bitcoin Book,Bitcoin’s Price and Volatility. Therefore, the volatile nature of bitcoin not only increases its monetary value, but it’s fandom as well.

In 2019 alone, companies like Unchained Capital, River Financial, Hodl Hodl, GiveBitcoin.io, BlockFi and countless others have sprouted from this network effect. This goes without mentioning the countless new books, articles, and podcasts that have hit the scene. Plus, all of which may or may not be products of employees or let alone founders of the companies.

Players from the traditional, legacy financial world are entering the bitcoin playing field.

Fidelity has job openings hiring for bitcoin miners. The CEO of Twitter himself, Jack Dorsey, has even provided grants up to $100K to bitcoin developers and companies. Dorsey is also a huge contributor to the space as a whole by being one of the firsts to have an app on the market that lets you buy bitcoin adjacent to your fiat: The Cash App. Amazing what being the CEO of Square Crypto allows you to achieve. Not to mention, he works closely with Casa.

Casa is a company which is striving to achieve developments and functionality on the Lighting Network. For the new-coiners reading this, The Lightning Network is the layer 2 solution on top of the bitcoin blockchain (layer 1) that allows for fast, cheap, and easy everyday (smaller) purchases that won’t conflict with the competitive real estate for larger settlement payments on the blockchain.

The Lightning Network alone has had multiple improvements in 2019. Developer implementations like advancements on multisig, new proposals such as taproot, AMPs, and Easypaysy, are just a few new innovations that provide faster, user-friendly payments. Many of these innovations have been rolled out and companies like Casa, Breez, Zap, and many others have seized the opportunity to operate their business on the network’s new infrastructure and provide use cases.

As demonstrated above, this boom-bust price effect attracts new investors and companies alike. After learning of bitcoin’s unusual and unique characteristics, new entrepreneurs seek the opportunity to work within the space. Many are fortunate to reap from the benefits both during the hype cycle, (The Bull Period), and even after the hyper cycle (The Bear Period).

The Bear Period in particular, can be seen as the “building” period. This is when the industry as a whole grinds as individual companies, entrepreneurs, and single content creators do their R&D on bitcoin, share their work to inform the fanbase and greater public, release products, etc. Over the years, crypto in general (especially with 2017’s ICO boom), bitcoin incentivizes opportunists to profit off solutions they create. Such competitive alternatives and solutions like privacy such as Monero, or on-chain atomic swaps from Decred, may even be useful to bitcoin’s functionality. So if bitcoin is dead, so is the entire crypto industry.

Products such as hardware and software like, wallets, nodes, new client updates etc. allow the community to grow the network by joining the network. New products become featured or sponsored in content from the variety of mediums like podcasts, press releases from blogs announcing new protocol updates to the Lightning Network, or BIP proposals, etc. It’s almost like a self-shilling bitcoin family revolving door. Man, I love capitalism!

Critics of the mainstream fail to recognize the unique traits of bitcoin in-depth. Speculators and journalists who publish articles of FUD, slandering its characteristics like volatility, ironically breathe life into bitcoin merely by giving it the time of day. It’s this very same self-sustaining volatility which commands bitcoin’s contagious network effect. This network effect impacts culture and governments, whose impact in turn moves the market, and comes full circle by keeping its nature volatile. Speculators, laborers, tradesmen, career politicians, entrepreneurs, and professionals of all kinds then become incentivized to flex their monetary muscles as they recognize opportunity in the industry.