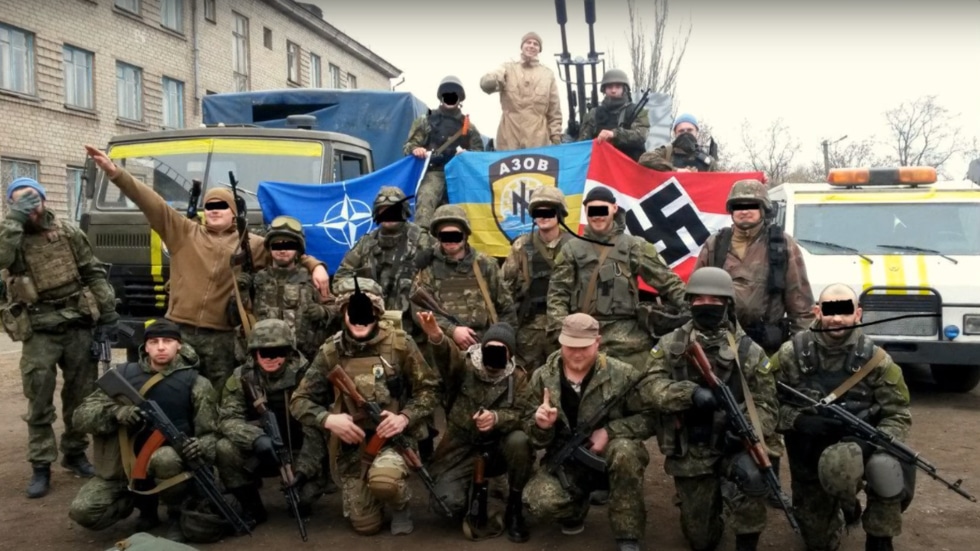 White nationalist and neo-Nazi militants are flocking to Ukraine to help repel a Russian invasion following a plea for foreign volunteers from President Volodymyr Zelensky, according to a report in the Washington Post. Thousands of fighters have already arrived, many said to hold a “shared vision for an ultranationalist ethno-state.”

Many of those hoping to join the fight in Ukraine are being recruited by the Mariupol-based Azov Battalion and other ethnic-supremacist factions, who’ve used their social media presence to bolster their ranks with foreign nationals.

“[Azov’s] official Telegram chat group has been packed with messages from people in the United States, Britain, Germany, France, Spain, the Netherlands, Sweden, Poland and other Western countries expressing interest in joining,” extremism monitor Rita Katz wrote in the Post on Monday, adding that she hasn’t seen “this level of movement-wide recruitment activity since the Islamic State declared its so-called caliphate in 2014 and sought sympathizers globally to join its fold.”

Though some foreign fighters state they are enlisting out of a genuine desire to defend Ukraine from invading Russian soldiers, a number of online recruitment chats indicate different motives, as many voice hopes to “act out their violent fantasies” and implement “a shared vision for an ultranationalist ethno-state.” One prospective volunteer, a British military veteran identified only as “D,” said traveling to Ukraine would allow him to “kill extra Jews.” He later noted he had formed a group of other UK nationals to join him.

While the Azov Battalion is often at odds with President Zelensky – who is Jewish – it was formally integrated into Ukraine’s national guard and security forces not long after the Maidan coup of 2014. Despite attempts by some governments to stop their arms shipments from going to such groups, Azov was recently photographed toting Western weapons, as the US, UK and a long list of allies flood the Ukrainian warzone with rocket launchers, missiles and other lethal military aid.

It is unclear if the Biden administration is taking any measures to prevent violent white supremacists from traveling to Ukraine or stop American weapons from falling into the hands of groups that openly voice praise for Adolf Hitler. Though the State Department has urged all citizens from traveling to Ukraine, it recently noted it would not attempt to track any Americans who head there to join the fight.

Since Russia’s invasion in late February, Facebook and Twitter have relaxed their rules against Azov and other Ukrainian groups espousing neo-Nazi ideologies, allowing users to express support in the context of the war. Twitter has allowed the Azov Battalion and the official National Guard handle to spread outright racist calls to violence, while chat platforms like Telegram continue to be heavily used for recruitment efforts.