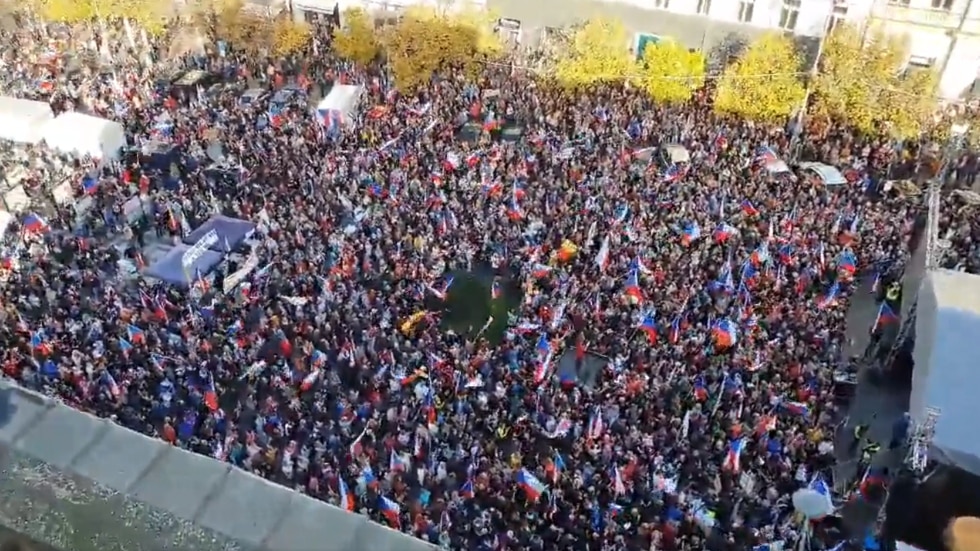 The rally saw tens of thousands of citizens condemn their government’s support for Kiev, including the provision of heavy weapons, as well as sanctions on Russia. A smaller, similar rally was held in Brno, the country’s second-largest city.

The demonstrators’ slogan was “Czech Republic First.” As with other recent protests throughout the continent, the left and right are uniting in their opposition to the West’s economic and proxy warfare against Russia.

Huge crowds have gathered in Prague to protest about sanctions imposed by the Czech government on Russia. The sanctions are destroying the Czech economy. Take a look:pic.twitter.com/vXAAuQ4tg1

One speaker said “Russia’s not our enemy, the government of warmongers is the enemy,” according to the AP.

Protesters “repeatedly condemned the government for its support of Ukraine and the European Union sanctions against Russia, opposed Czech membership in the EU, NATO and other international organizations,” the report said.

The Washington-led sanctions blitz has cut Europe off from cheap Russian gas upon which it has long relied. In the Czech Republic, energy, housing, and food prices soaring. The inflation rate is 17.8%.

Similar protests are occurring in Italy, Germany, and France. “Strikes and protests over the rising cost of living proliferate, ushering in a period of social and labor unrest not seen since at least the 1970s,” the New York Times reported earlier this month.

In September, Prague saw massive demonstrations of 70,000 people, again from the left and right, protesting against NATO’s proxy war in Ukraine and rising energy prices caused by the sanctions campaign. Those protesters also called for the resignation of Prime Minister Petr Fiala’s center-right coalition government. “We intensively support the justified fight of the Ukrainian people,” Fiala has declared.