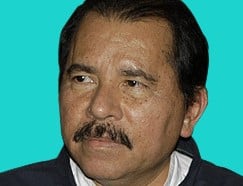 Washington is undergoing discussions about cutting imports from Nicaragua, according to two unnamed sources that spoke with Voice of America, a US-government outlet. Analysts believe barring Nicaraguan imports will do serious damage to the Central American country’s economy.

The top officials said sanctions targeting Managua are under consideration because of corruption within the government of Daniel Ortega. The Joe Biden administration has targeted several high-level Nicaraguan officials with sanctions. White House Press Secretary Karine Jean-Pierre said, “The Biden-Harris administration finds [the actions of the Ortega administration] unacceptable and condemns these actions.”

Washington is Managua’s largest trading partner, buying 62 percent of exports. In 2019, the US imported about $4 billion in goods from Nicaragua. Voice of America reports it is unclear which products will be targeted by the ban.

All analysts agree that cutting off the American market will have a large impact on the Nicaraguan economy. Some argue it will negatively impact the Ortega government. However, sanctions often further entrench the power of the regime. But the sanctions will likely have an impact on the general population. For example, US sanctions and economic war against Venezuela have resulted in people being deprived of vital medicines, leading to tens of thousands of unnecessary deaths. One recent study conducted by the Center for Economic and Policy Research estimated that more than 40,000 people died this way between 2017 and 2018. Though the effects on the civilian population have been devastating, the government of Venezuela’s socialist President Nicolas Maduro remains in power.

Regional leaders have increasingly opposed aggressive US policies as well. Brazil, a BRICS member, has not joined the American-led sanctions campaign against Russia. Since Gustavo Petro took office as the new president of Colombia, Bogotá has restored full diplomatic relations with Caracas. Earlier this year, after Washington excluded the governments of Cuba, Nicaragua, and Venezuela from attending the US hosted Summit of the Americas, Mexico’s President Andrés Manuel López Obrador boycotted the event. Obrador has demanded the end of “impositions, interference, sanctions, exclusions and blockades.”