Home Featured Articles The Government Has No Duty to Protect You 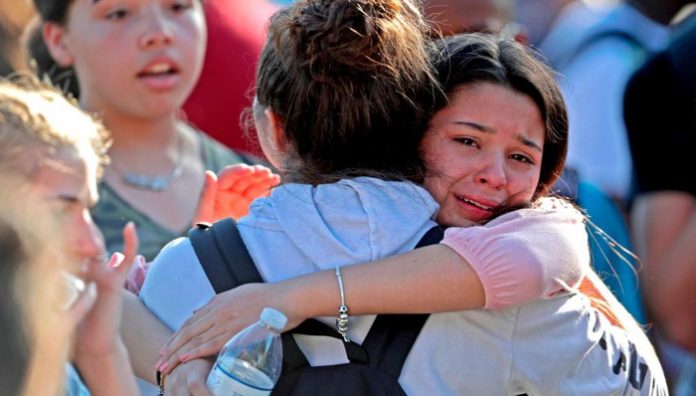 We recently learned that four armed Broward County police officers, including the School Resource Officer at Stoneman Douglas High School, stayed outside and did not attempt to stop the murderous rampage. Just as appalling as this inaction, however, is the fact that they may not have had a legal duty to attempt to stop the carnage. Courts across the country, including the Supreme Court, have repeatedly held that the Due Process Clause of the 14th Amendment imposes no duty on the state to protect an individual from private violence.

In DeShaney v. Winnebago County, the Supreme Court held that a duty to protect an individual only arises when an affirmative special duty is created with that individual. This affirmative duty does not arise when the state learns of an individual’s danger, or even when it expresses an intent to help that individual. In Castle Rock v. Gonzales, Colorado police took no action to enforce a permanent restraining order against the dangerous husband of Jessica Lenahan-Gonzales. After the husband violated the order and took their children, Jessica called the police repeatedly and even visited the station in person. The police did nothing. The husband finally showed up to the police station himself and began a shootout. After the officers killed the husband, they found the bodies of their three murdered daughters in his trunk. Even with these facts, the Court ruled 7-2 that the restraining order created no affirmative duty to protect Jessica and her children.

In the case of Stoneman Douglas, the School Resource Officer, unlike his fellow Broward County officers hiding behind vehicles, arguably did have a special duty to protect. The Department of Justice describes School Resource Officers as “sworn law enforcement officers responsible for safety and crime prevention in schools” (emphasis added). Under the rationale of DeShaney, those of us who spent time in government schools would argue that a school should be considered a limitation on freedom imposed by the state, like a prison, which would potentially create a special duty to protect.

Even if a special duty were found in this case for this one officer, it would be the rare exception. In Warren v. District of Columbia, a case that was decided en banc by the District of Columbia Court of Appeals during DC’s long-standing handgun ban, three women were asleep in their Northwest DC home when they were awakened by the sound of their back door breaking. Two men forced their way inside and up to the second-floor bedroom of one of the women. The men raped and assaulted her. The two other women, hearing the commotion, called the police for help. When officers arrived at the house, one officer drove by the back of the house without stopping, getting out, or even leaning out the window to look around. Another officer may have knocked on the door but left after he received no answer. The officers spent no more than five minutes “investigating” before leaving. The two men then forced all three women back to an apartment where they were robbed, abused, and raped for 14 hours.

The Court ruled that the officers did not have any special duty to protect these women. A police officer’s only duty is to the public at large, not to the individual. Judge Keating aptly criticized this concept in a dissenting opinion in Riss v. City of New York: “Because we owe a duty to everybody, we owe it to nobody.” Before we eliminate our means for defending ourselves and before we outsource our security entirely to the state, I suggest we consider the fact that the state unambiguously assumes no duty to protect us as individuals absent a specific “special duty.”

How Did We Get Here: A History Of Iran-U.S. Relations