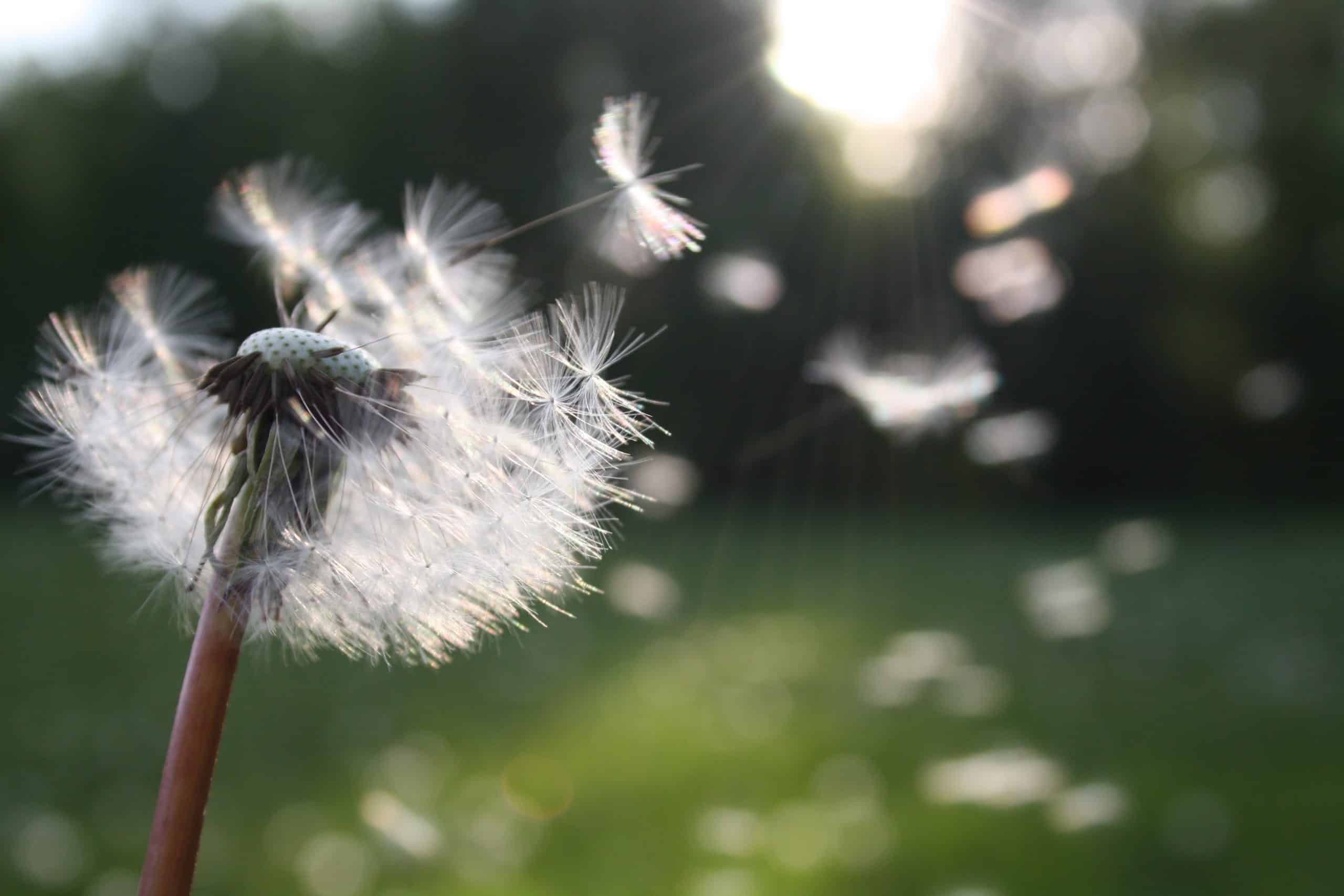 As the fiasco of U.S. democracy shreds at any sense of dignity the world watches on and pretends that the health of the American empire is vibrant, the opinionated social media activist and the interested expert all find outrage in the moment.  Biden and Trump drips from the chanting lips of those who are storming the halls of political might. Far in distant lands, inside the obedient nations of the American empire heads of state read out words of support and condemnation. Outraged citizens from abroad criticise the ousted president, or they cheer for him to troll from the platform of twitter. The social media giants had long ago shown their loyalties as they ban and limit elements of some perspectives of very much the same political monstrosity. But in the end, does it change anything?

The outraged and protesting tug and pull for the reigns of rule. The mob that failed at the sort of works democracy now reveals itself as just that violent destructive blob of people who want more control, want more influence and want a government that does things for them often against others. Whether it is proud boys, ANTIFA, MAGA or BLM the government as it stands really does not change that much, perhaps ‘Amen’ is switched to ‘Awomen’ and pronouns are balanced with some sensitivity or maybe the jingoists get another minority group to blame for the decay of Western or American civilisation. But in the end the empire is ever present abroad and at home.

For the rest of the world, we are forced to watch the melodrama of U.S. politics, again. As though the United States is the centre of the world, or universe. Perhaps the world should care less about what happens inside the U.S. with as much concern as the average American seems to care about the rest of the world. Millions of humans lead their lives despite the petty and often pathetic self importance of US partisan politics and yet some how, the American empire finds them. Whether it is a drone hovering high above, visiting with random murder or a blockade of warships enforcing an almost ancient embargo, it is the American prevalence in all of our lives that seems to be destroying not only the U.S. itself, but the wider world. And when a victor emerges, the world still gets war. Mostly American wars. These are not civil riots protests that waved a fist against state led bigotry, nor are they anti conscription riots over government forcing individuals to fight overseas in another war. Such past riots, have had limited impact in quelling the growth of government or in tempering its destructive might.

Journalist Julian Assange is held captive in legal purgatory, punished for revealing the crimes of war mongers and lifting the up the skirt of many governments. Ross Ulbrycht a prisoner because he created a website, the details of his conviction would  make for an unbelievable fiction and yet it was all too real. Edward Snowden and Chelsea Manning are pariah patriots, believers in the religious texts that most Americans claim to uphold and yet most of the voting public and voted for rulers disregard the details of such a constitution and Bill of Rights. And millions of poor and desperate foreigners live and die in the frontiers of foreign policy, their homes and day to day ruined so that macho sounding politicians can profit by propping up tyrannies of maniacal madness. Inside the prisons of the U.S. itself are thousands of convicts punished for victimless crimes, the prohibitions and regulations of a cancerous government that claims to be for freedom, when in fact it dissolves it at every chance. The protests are not for any of them.

A small child, perhaps now dead, coiled in infant agony, starved as its innocent eyes bulged in anguish fronted recent articles covering the desperate situation in Yemen. A situation that would be impossible if not for the aid and assistance of the US and it’s imperial allies. Neither Trump of Biden would save that baby and the many others like it.  The Saudi kingdom, is a profitable friend. The protesters that support the two coins of US partisan politics do not care about the children of Yemen either. One needs not look too far to find the victims of foreign policy, recent and distant to see the true outcome of such actions, but it seems few actually care to. And should they be presented with such facts and terrible images, a religious fog washes across their eyes, allowing them to either dismiss or contextualise the murder and suffering. But a slob tweeting from the toilet or a hair sniffing buffoon are both credible enough to lead, and be despised because they are not the other.

Protests inspired by Greta Thunberg visited many cities across the planet, sort of serious protesters found more energy than the Kony2012 social media inspired activists. They chanted and spread hashtags, cheered for the Swedish teen to shame political masters and then as often is the case, the energy dissipated. Nature continues to suffer, but a new smart phone in the hand is more appealing than living inside a canvas tent among the trees. The fixation with taxing the problem away and regulating industry to ‘not pollute’ is one of often curiosity, ignoring the waste of government itself. Not to mention the destructive pollutant that is the war machine. There once was a time when green movements were anti-government and anti-war. Now many of the supposedly green champions are inside the cathedral of government and so long as biodegradable material is used to transport the depleted uranium shells or a tree is planted on a base somewhere as gas guzzling tanks trample trees in distant lands, then the message is sound.

It seems that since the emergence of COVID-19 that the Peoples Republic of China has become popular to despise. An authoritarian government that had bashed human rights since before its inception, a nation of growing power and influence, that with patience managed to take advantage of the laziness and complacency of modern Western culture. Many inside the West profited from and helped to cultivate the communist planners of China. But now supposedly courageous journalists and politicians criticise the communist state.  Those who had their fingers inside the red cookie jar are ousted, the many honey traps are revealed but before COVID-19, few cared about the organ harvesting, mass executions, forced labour camps and surveillance state. It is hard to reveal those things as Chinese money flowed so lavishly.

The future unfortunately is China’s, not because of the billions of unique individuals of China but the regime itself. The culture of control, social credits, censorship, travel restrictions and surveillance. The nationalism of compromise communism that has developed in the decades since the death of Mao. It is a template by which other national governments may adopt, not by any devious design, but inevitable instinct. The protesters, voters and mobs that throw their violent tantrums do not stand opposed to that, unlike those in Hong Kong who feel the crushing tyranny grip them.  In the US and its partner nations, the coming tyranny is inevitable. It is often welcomed and it is one of elite insight, for your health, for your safety. The custodian government is here for the child citizen, and jobs, welfare will be available. Is that not Utopian?

Just as the war on terror normalised the security state, the war on drugs introduced no knock raids and intrusive searches, the war on the virus will bring with it the ever controlling health state. One that had already been creeping in. A health state of supposed benevolence for those nations of Public Health will continue to see grow, where an ideological health care system trumps choice and efficiency. Instead it gives careers and less care and a generic approach to solutions, that seldom suits the many individuals in need. Then the many regulations strangling society to ensure that the consumer, employer and employee are all directed and guided into one homogenised pattern. Choice, freedom, independence and individual responsibility are all deemed to be selfish. To be dependent, to have fewer or no choices and to be part of a collective is considerate, altruistic or even woke. For many of those protest, the public tantrum is about themes of the same controls, not ending them.

Whatever Americans think about their nation, whether they burn or worship their flag. How little or much that they know about their national history, it is insignificant to the perspective of those in foreign lands who understand the USA for what it actions reveal it to be. A war empire. When the mostly slave owners penned those words on that famous cannabis sheet it is unlikely that the republic that they envisioned would some day become greater than the British empire. And when the French sold lands on the North American continent, that never really belonged to them, to the young republic or when the British burned the capital building after defeating the U.S. invaders of Canada it is unlikely that they could imagine their future dependence and partial obedience to mighty U.S. empire. For those who have been visited by U.S. warplanes, tanks and ships the rhetoric of freedom and liberty are bloody lies. Just as they are for most Americans. But that is not being protested about.

So now as social media waffles on over the calamity in the streets of U.S. cities, will it change a thing? In a few months it would have been but one in many riots that have ravaged U.S. streets. Riots that have claimed lives and destroyed property.  None of which changed the perpetual nature of the US government, domestically or abroad. The outraged don’t really care about much other than the shrillness of the other side. The dead children in Yemen or Afghanistan, the burning lands of foreign wars don’t get that much concern, such scars and tears belongs to others. So when one side stands atop of the heaped mess as winner of the US government, the business of war will go on. The dignity of the individual will be bludgeoned and those who want nothing more but to control, to rule and to be taken care of, shall be victorious. But too few really cared enough to stop it. And those who do care, they are but whispers in the wind.