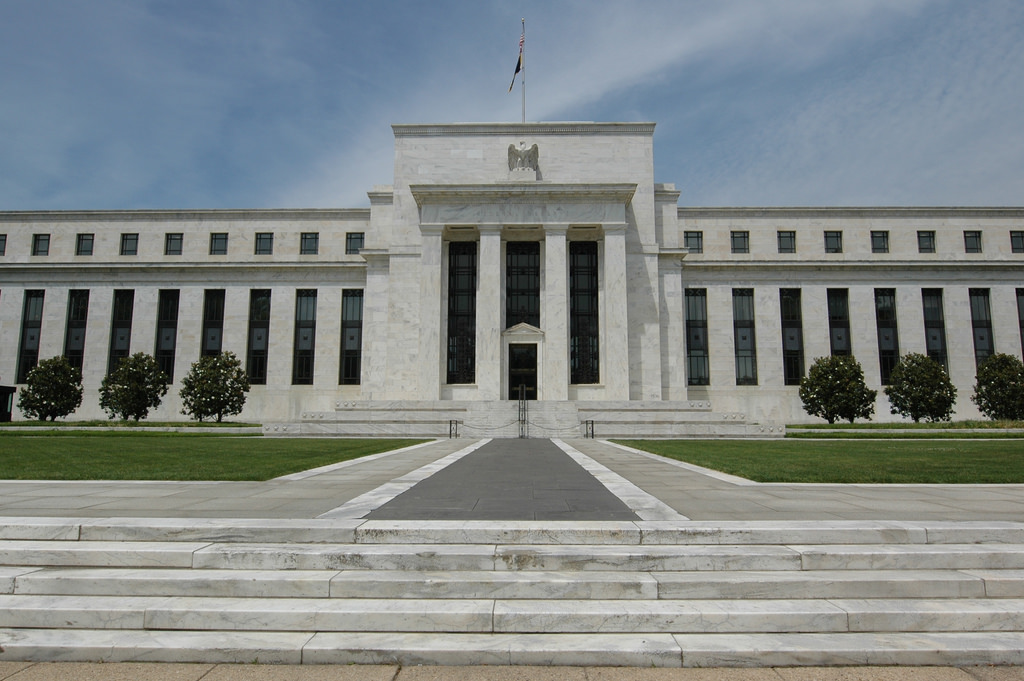 In the past two weeks, interest rates have gone up sharply, sparking turmoil in the stock market. To take one example, the rate on 10-year Treasury bonds went from 2.66% on Jan. 26 to close at 2.85% on Feb. 12.

The recent moves have brought key interest rates up to levels they haven’t seen since 2014. If the Federal Reserve sticks with its current policy course, chances are that interest rates will go higher still.

Why Interest Rates Are Headed Higher

There are three main forces that will help push interest rates up in the US:

According to its latest public projections, the Federal Reserve is planning to raise interest rates three more times this year. If they follow through on these projections, the result will be a total increase of 75 basis points or 0.75%.

It’s important to note here that the Fed’s decision to raise rates only directly affects one specific rate that they set explicitly. This interest rate is known as the federal funds rate, and it is used when banks lend reserve balances to each other overnight. This is effectively the shortest term rate available.

Because it’s so short term, the federal funds rate acts as a kind of floor for other interest rates in the US economy. Providing an overnight loan to another bank is viewed as virtually risk-free. The short duration minimizes uncertainty.

If banks or investors provide financing for any duration longer than overnight, they will typically demand a higher rate. This heightened interest rate helps to compensate them for the additional risk they are taking on by making a longer commitment.

Thus, by raising the interest rate floor in the US, the Fed’s actions will push other interest rates up as well. Indeed, this is the intended outcome.

In the wake of the 2008 financial crisis, the Federal Reserve embarked on an unprecedented policy known as quantitative easing.

This policy involved the Fed explicitly conjuring new money into existence and using it to purchase two main types of securities: US Treasurys and mortgage-backed securities. This was referred to as quantitative easing because it increased the quantity of money.

The direct effect of quantitative easing was to push down interest rates by artificially increasing the demand for bonds. This increased demand pushed up bond prices and thus reduced prevailing interest rates since the two are inversely related.

Now, the Fed is gradually unwinding this policy with quantitative tightening. In this policy, the Fed is not explicitly selling off any of the securities it holds; it is simply allowing them to mature and reinvesting a smaller share of the proceeds.

Either way, the end result is the same–the Fed’s balance sheet decreases and the quantity of money declines. And since the US Federal Government is not running a surplus, the US Treasurys in question will have to be reissued, and a new investor will be expected to buy them. Thus, the net income is similar to what would occur if the Fed sold the securities outright.

Even in the context of the enormous bond market, these are large changes. If the plan holds, the total drawdown will come to $360B worth of bonds in 2017 that will need to be purchased by a new investor.

This level of change would always put some upward pressure on interest rates (and downward pressure on bond prices). In this case, however, the effects are likely to be magnified by the fact that the buyer that steps in to replace the Fed will be more price-conscious.

When central banks buy bonds, they aren’t concerned about whether they are making a good investment. After all, when you have the ability to literally print money, ROI isn’t a high priority. Instead, these entities are buying government and other bonds to achieve a particular policy objective–usually some variant of “stimulating the economy”. Thus, the interest rate offered by those bonds doesn’t matter; they’ll buy them regardless.

This helps explain how we have arrived at the absurd, yet enduring, spectacle in Germany and Japan of negative-yielding government bonds. In those cases, investors are literally paying governments for the privilege of lending the government money.

Anyway, most purchasers of bonds are actually interested in making some kind of return on their money. So just because the Fed was comfortable earning say, 2.5% on a 10-year US Treasury, that doesn’t mean a normal investor or institution will feel the same way. In turn, this suggests interest rates may need to rise somewhat to entice regular investors to fill the void left by the Fed.

Deficits were already back on the rise at the end of President Obama’s second term. This year, the implementation of tax cuts and a profligate bipartisan budget deal will accelerate the trend considerably.

CNBC reports that the Treasury expects to issue $955B in new bonds this year alone, and that estimate actually came before the recent budget deal.

Wherever the final figure lands, this will be a major increase in the supply of bonds. As with quantitative tightening, interest rates will need to rise to convince investors to purchase all of these bonds.

As seen above, the Federal Reserve’s current policy trajectory is deliberately driving interest rates higher, with an assist from the US government’s fiscal policy. However, the Fed is likely overestimating the US economy’s ability to deal with higher interest rates.

Two likely casualties of high interest rates are the stock market and housing prices. Stocks get hit by interest rates in at least two ways–companies will find financing more expensive and some investors who are looking to generate cash flows may rotate out of low-dividend yielding stocks into newly attractive bonds.

For housing, rising rates in the bond market will entail higher mortgage rates and critically, higher monthly payments for the same loan amount. This will make home prices even less affordable than they are currently. Eager sellers will have to lower prices if they still want to make a deal.

So stock prices and housing prices are both likely to drop substantially due to higher interest rates. The big question is whether the Fed will stay the course while this happens. Will the Fed finally let the air out of the asset bubbles they have actively created?