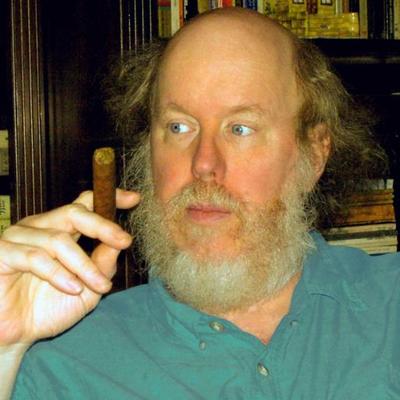 This past year served up endless opportunities for hounding and pounding politicians and federal agencies. Here’s a round-up of the most liked or most hated lines from my 2022 articles. Hearty thanks to Hunter DeRensis and editors at other outlets who ran these pieces.

“Biden’s pro-inflation policies are dividing Americans between those who work for a living and those who vote for a living.” (N.Y. Post, January 24)

“According to the White House’s 58-page Economic Blueprint, Biden has performed more miracles than accompanied the Sermon on the Mount.” (N.Y. Post, September 10)

“The only limits on his power that Biden recognizes come from his pollsters, not from the Constitution.” (Lib. Inst., September 7)

“Washington is full of career-climbing wackos who would sell their soul to add the Biden administration to their résumé. If their pratfalls make them a laughingstock, they can count on a Washington Post puff piece to vindicate their lives and careers.” (N.Y. Post, May 18)

“Biden offers a ‘paying-and-obeying’ version of democracy in which citizens have no right to complain about the feds wrecking prosperity.” (N.Y. Post, November 3)

“Cynics are quipping that inflation is higher than Biden’s approval rating, but that is a cheap shot—or at least premature.” (N.Y. Post, January 24)

“Will citizens tolerate living in Cage Keeper Democracies where their votes merely designate who will place them under house arrest?” (USA Today, February 6)

“Nothing in Biden’s oath of office entitled him to turn the Constitution into COVID road kill.” (Lib. Inst., October 18)

“Biden issued the equivalent of a declaration of war on 80 million unvaccinated Americans, portraying them as Public Enemy Number One.” (FFF, October)

“COVID vaccination status has gone from being a proxy for health to being a substitute for sane health care policy.” (USA Today, January 7)

“Shutting down entire states with COVID lockdowns was the equivalent of burning witches or sacrificing virgins to appease angry viral gods.” (FFF, February)

“Federal health agencies blundered worse than practically anyone expected during the Covid pandemic. Unfortunately, there is no approved cure for blind faith in government.” (FFF, May)

“The government has no liability for the injections it mandates or the freedoms it destroys. How much longer will politicians pretend their iron fists are a magic bullet?” (FFF, October)

“The greatest threat to our democracy is not the ‘combative rhetoric’ of political candidates but the dictatorial actions of elected politicians.” (N.Y. Post, October 23)

“Too many Republicans would pawn their own grandmothers in exchange for one gushing reference in The Washington Post.” (N.Y. Post, December 20).

“There is no ‘holy ghost of democracy’ benevolently hovering over Capitol Hill.” (N.Y. Post, December 20).

“Squandering a hundred billion tax dollars is simply another congressional office perk. Politicians don’t give a damn about any government waste that buys them applause, votes or campaign contributions.” (N.Y. Post, December 2)

“There are only 15 Legislative Looting Days left until a new Congress takes office.” (N.Y. Post, December 20).

“America is an Impunity Democracy in which government officials pay no price for their abuses.” (Mises Inst., October 7)

“Pervasive secrecy helps explain the collapse of trust in Washington. Americans today are more likely to believe in witches, ghosts, and astrology than to trust the federal government.” (Mises Inst., October 7)

“‘Disinformation’ is often simply the lag time between the pronouncement and the debunking of government falsehoods.” (N.Y. Post, April 28)

“The real goal of federal Truth Cops is to control America’s minds. And the most important cognitive ‘fix’ is to train Americans to never doubt Uncle Sam.” (N.Y. Post, November 2)

“The federal government has long been the most dangerous source of disinformation threatening Americans.” (FFF, August)

“Admittedly, calling it the Disinformation Governance Board was more palatable than naming it the Keep Damn Federal Lies Sacrosanct Panel.” (FFF, August)

“The Presidential Records Act has become a bipartisan scam to prevent Americans from recognizing how badly they have been misgoverned.” (USA Today, February 20)

“The State Secrets doctrine is akin to a fraudulent religious miracle that was not exposed until after it became canonized.” (Mises, March 12)

“‘Supremacy of the law’ now means little more than the Supreme Court recycling legal mummeries to hide federal atrocities. How many official crimes can democracy survive? Unfortunately, the answer is a secret.” (FFF, June)

“The Supreme Court should replace the ‘Equal Justice under the Law’ slogan atop its entrance with a new motto: ‘Better for People Not to Know.'” (Mises, March 12)

“If democracy depends on transparency, and government transparency is an illusion, then what is U.S. democracy?” (Lib. Inst. August 30)

“Nowadays, any threat of ‘domestic extremism’ can justify the preemptive destruction of freedom of speech.” (N.Y. Post, February 26)

“The Biden administration revealed that guys who can’t get laid may be terrorist threats due to ‘involuntary celibate–violent extremism.’” (N.Y. Post, April 13)

“The jury for the FBI’s Gov. Whitmer kidnapping plot smelled a federal rat. How many additional crimes or conspiracies is the FBI fomenting at this moment?” (N.Y. Post, April 13)

“Hate crimes are profitable for politicians, so they continually expand the definition. When will Team Biden formally designate distrusting the government as a ‘pre-hate crime’?” (N.Y. Post, September 14)

“The Biden administration could be expanding the federal ‘Enemies List’ faster than any time since the Nixon era. Permitting politicians to blacklist any ideas they disapprove won’t ‘restore faith in democracy.’ What if government is the most dangerous extremist of them all?”  (Lib. Inst., September 7)

“Nothing is more perilous to the truth than encouraging journalists to pirouette as saviors when they grovel to The Powers That Be.” (N.Y. Post, January 14)

“The media often chooses to trumpet official lies instead of exposing them. Inside the Beltway, being a lap dog is easier and more profitable than being an attack dog.” (AIER, February 19)

“The Washington press corps was aptly described long ago as ‘stenographers with amnesia.’ The political philosophy of most reporters doesn’t go beyond ‘Orange Man Bad.'” (N.Y. Post, January 14)

“Journalists are not fit to serve as Grand Inquisitors who spoon-feed their beliefs to docile readers and viewers.” (N.Y. Post, January 14)

“Total illiteracy on history is a job requirement for pundits nowadays.” (Twitter, March 7)

“As long as the media continues ignoring how federal agencies trample our constitutional rights, Americans will live happily ever after.” (N.Y. Post, December 30)

“The political system buries information that undermines power-grabs—and war is the biggest power-grab of them all.” (Lib. Inst., March 10)

“Washington is full of intellectuals more devoted to power than to truth.” (Lib. Inst., March 10)

“The most celebrated pragmatists in Washington history have all been ‘useful idiots for Leviathan.'” (FFF, June)

“A sixteenth century French writer derided ‘the minions of the court.’ We have made great progress—now we have think tank minions.” (Mises, August 25)

“The easiest way to prove your moral superiority in Washington is to champion destroying everyone else’s freedom.” (Lib. Inst., September 27)

“Twitter is a fount of wisdom because so many of its users are omniscient. Twitter ‘likes’ are the highest form of logic, and re-tweets are irrefutable truth.” (FFF, February)

“Since President Trump condemned the Deep State, that proves that it doesn’t exist.” (FFF, February)

“Once a president escapes the confines of the Constitution, the American people will eventually find themselves shackled.” (FFF, November)

“The Internal Revenue Service is Washington’s ultimate sacred cow. It is the ‘goose that lays the golden eggs,’ delivering trillions of dollars to allow politicians to work miracles (or at least get re-elected).” (N.Y. Post, August 29)

“Politicians don’t learn from mistakes committed with other people’s money. Letting politicians pick winners is the surest recipe for shafting consumers and every unsubsidized business. Unfortunately, there will always be enough pundits who failed Econ 101 to whoop up every boneheaded intervention.” (AIER, November 22)

“Protecting former students from the federal debts they voluntarily sought has become one of the great human rights issues of our times.” (Lib. Inst., November 28)

“Student loan bailouts have extended Biden’s power over a huge swath of American voters. Each new federal benefit program extends political control over both the recipients and anyone forced to finance the handouts.” (Lib. Inst., November 28)

“When did verifying ballots become a crime against democracy?” (N.Y. Post, January 6)

“Toleration requires fewer body bags than rage. There are few things that people need to agree on to live peacefully (if not happily) side by side.” (Mises, August 25)

Probably the best line in my 2022 articles was not one I wrote. Instead, it was a quote from a late, great peace activist: “Some art critics have praised Hunter Biden’s paintings—confirming John Lennon’s adage that ‘Avant Garde is French for bullshit.’” (N.Y. Post, December 10).