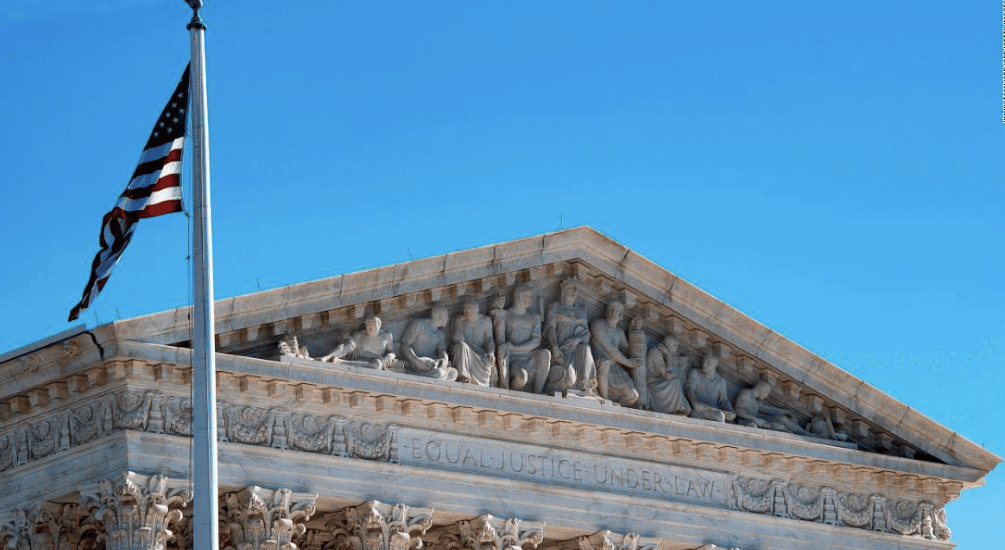 A Curious Quote & A Historical Lesson

“We repeat what was stated in Block v. Hirsh, as to the respect due to a declaration of this kind [an emergency] by the Legislature so far as it relates to present facts. But even as to them a Court is not at liberty to shut its eyes to an obvious mistake, when the validity of the law depends upon the truth of what is declared.”

Can you guess which judge made this statement against blind judicial deference to a Congressional determination of an emergency? You are probably thinking Justice Peckham or one of the Four Horsemen, right? Nope! It was none other than the infamous, and in some corners famous, Oliver Wendell Holmes.

This quote comes from a 1924 case in which the Court rejected a rent control law originally passed in 1919. This was the second time in three years the Court addressed a version of this law. The first time, in 1921, Justice Holmes, writing for a 5-4 Court, upheld the rent control law because it was a temporary measure intended to address the housing shortage in Washington D.C. after World War I.

In that 1921 case, Holmes reasoned that the Constitution’s restrictions were loosened during an emergency situation. But in the 1924 case he explained that once the emergency ended, the restrictions snapped back into place. Thus, a law that otherwise violates the Due Process Clause and the Takings Clause of the Fifth Amendment can be upheld during a temporary emergency but not once the emergency ends. Moreover, and surprisingly coming from Justice Holmes, the Court held that there was a role for the judiciary in determining whether an emergency still existed. That is, legislative assertions that go against the facts will not be granted broad, irrefutable deference.

The dissenters in the 1921 case, including Justices Van Devanter and McReynolds, argued that the Constitution’s limitations and restrictions always apply. Even during wars or national emergencies. In other words, the Constitution is absolute.

This dissent is correct both as an originalist matter and a theoretical matter. But as a practical matter, judges rarely argue that the restrictions in the Constitution are absolute. History shows that judges are willing to read a little bend into the Constitution during a true national emergency. However, it is also the case that they are willing to call the government on extending the “emergency” once it is obviously over.

Coronavirus and the Judiciary

An emergency is currently imperiling both the country and the entire world. The pandemic caused by the novel coronavirus has effectively brought most of the world to a stand-still. Sports organizations have cancelled their own seasons, even the 2020 Summer Olympics were postponed, and entire countries have been put on lockdown. Such drastic action by both private actors and government entities is unparalleled in recent memory.

But some people in the United States are clamoring for the federal government, and the President, to adopt even more drastic measure. People are not only demanding action to help stop the spread of the virus, but also that the federal government remedy the societal harms caused by the pandemic.

The main economic harm caused by COVID-19 is rampant and unprecedented unemployment. This level of unemployment means that many individuals, and many corporations for that matter, will be unable to pay their bills, including rent. This has led to pleas for pauses on evictions, and some cities and states have enacted such policies.

Both federal and state governments have enacted many other measures to limit the economic harms. This includes the passage of a 2.2 trillion-dollar stimulus package with direct payments to Americans. The longer this emergency has persisted the more restrictive the actions state governments take. Many have issued stay at home orders and required the shuttering of non-essential business—which has led to debates over whether gun stores or places of worship are “essential.”

The Switch in Time

Now you may be wondering whether courts look at emergency situations differently. That is, whether courts generally hold that constitutional restrictions loosen when the government confronts an emergency—as Justice Holmes did.

Maybe implicitly. But the Supreme Court in A.L.A. Schechter Poultry Company rejected that idea. The Court argued that the 10th Amendment decisively counters the assertion that the federal government has greater authority during a time of emergency. Moreover, the fact that the Constitution specifically allows for the restriction of some rights (like habeas corpus) proves that there is no implied “emergency constitution.” That is, a constitution with lessened restrictions during an emergency.

The Constitution creates a government of enumerated powers against a backdrop of rights and powers reserved by the people and the states. The drafters of the Constitution had recently won a war and the country under the Articles of Confederation was enduring many hardships. But they did not write a release valve into the Constitution that allows the federal government to expand its power in an emergency.

So, while the Court’s opinion in A.L.A. in 1935 was likely correct, it opened the door for much greater deference as a whole due to the later “switch in time that saved nine.” When the Court shifted and began upholding F.D.R’s New Deal programs it did so not based on a doctrine of emergency powers or the theory that the Constitution’s restrictions loosened during an emergency. Instead it simply held that the Constitution allowed for a more powerful federal government in general.

Whatever its merits, as a practical matter it is interesting to note that we might be better off if the Court had stayed with its smaller incorrect decision that the Constitution’s restrictions loosened during an emergency because some New Deal programs could have approved under that doctrine rather than being approved through a reworked understanding of federal power.

As IJ’s President and General Counsel Scott Bullock recently stated in response to the DOJ’s request for Congress to suspend the right of habeas corpus: “History demonstrates again and again that governments use a crisis to expand power and violate vital constitutional principles. And when the supposed emergency is over, the expanded powers often become permanent.”

Because of this, the judiciary should be extra vigilant after the emergency ends. The courts have often engaged in blind deference to the “political” branches in many categories of cases since the New Deal Era, especially when it comes to economic and property rights. But the tide is beginning to turn, especially in state courts. This is important because many of the restrictions currently being contemplated deal with economic liberty and property rights. But courts should see this as a special circumstance requiring extra attention because government tends not to act like George Washington (or Cincinnatus) and voluntarily lay down power heaped upon them in an emergency.

Because governments rarely follow the path laid down by these two legendary men, courts should be extra vigilant and ensure that constitutionally dubious actions taken because of a national emergency are not carried forward once the emergency has ended. Moreover, and shocking as it may be for an IJ attorney to say, judges should take a cue from Justice Holmes and see a role for the judiciary in determining whether an emergency is still ongoing—though they shouldn’t look to Holmes for much else.

Reprinted from The Institute for Justice.