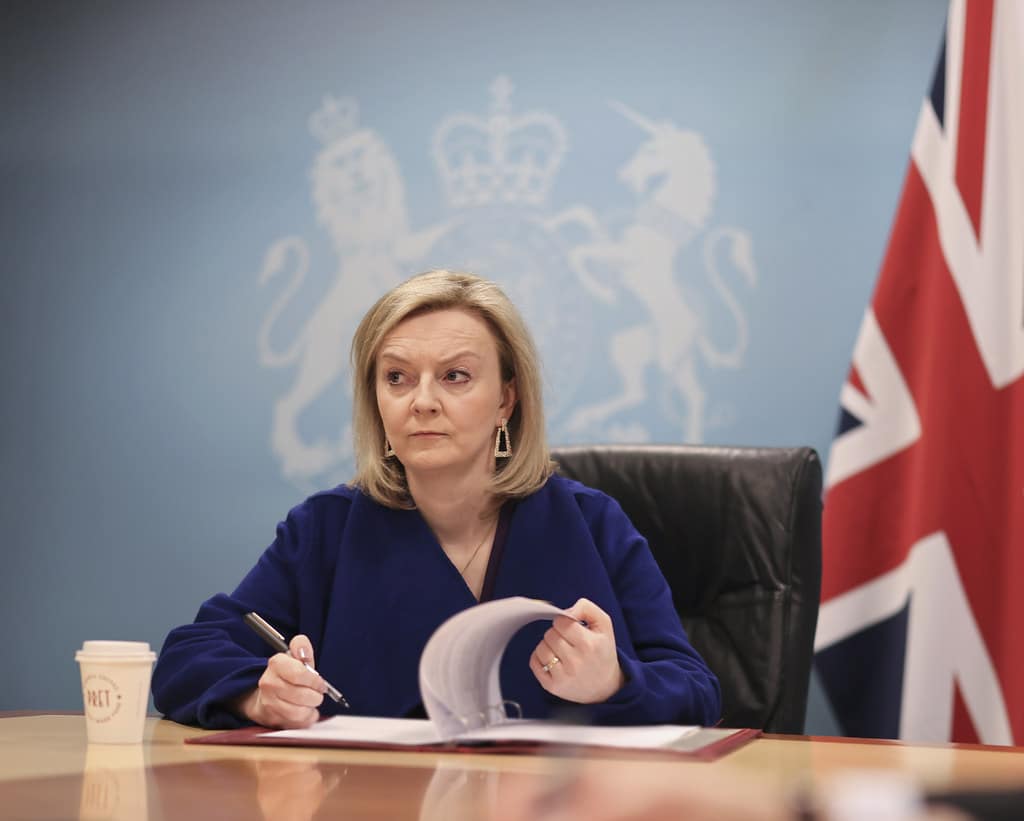 British Foreign Secretary Liz Truss will replace Boris Johnson as the British prime minister after the UK’s Conservative Party voted to make her the leader of the government. She beat out former Finance Minister Rishi Sunak and is expected to be formally named prime minister by the Queen on Tuesday.

As the British foreign secretary, Truss has delivered some of the most hawkish rhetoric against Russia in NATO’s response to the invasion of Ukraine. When the war first broke out, Truss said that she supported individuals from the UK who wanted to fight in Ukraine.

While campaigning to become the prime minister, Truss said if she took the position, she would follow in Johnson’s footsteps and be Ukraine’s “greatest friend” to ensure that Russian President Vladimir Putin “fails in Ukraine and suffers a strategic defeat.”

According to a report from The Financial Times, Truss and her team have been frustrated that the U.S. hasn’t taken a “harder line” on Russia even as Washington has pledged over $13 billion in weapons for Ukraine, dwarfing the $2.8 billion in military aid London has committed.

While the UK isn’t contributing nearly as much money as the U.S., Britain is one of the leading NATO supporters of Ukraine. The British are currently training thousands of Ukrainian soldiers inside the UK, with the goal of training 10,000 within 120 days. According to reports from The Times and The New York Times, British special operations forces are on the ground in Ukraine.

Truss has also voiced her opposition to negotiations with Russia, saying talks could only happen after Moscow is “defeated.” Johnson frequently discouraged negotiations and reportedly played an integral role in the failure of earlier peace talks between Russia and Ukraine, a pattern that will likely continue under a Truss premiership.

Truss has also been hawkish in her rhetoric against China and has called for a “global NATO” that’s capable of defending Taiwan and the broader Asia Pacific region. She is expected to be confrontational with Beijing and will reportedly classify China as a “threat” to British national security for the first time.

Liz Truss will be the next British prime minister. She told a town hall recently that she's 'ready' to launch a nuclear war. pic.twitter.com/Qo04IVIl9i

During a recent town hall, Truss was asked by host John Pienaar how she would “feel” if she had to order a nuclear strike, which Pienaar recognized would likely mean global annihilation. Truss said, “I think it’s an important duty of the prime minister and I’m ready to do that.”

When asked again how ordering a nuclear strike would make her feel, Truss simply responded, “I’m ready to do that.”