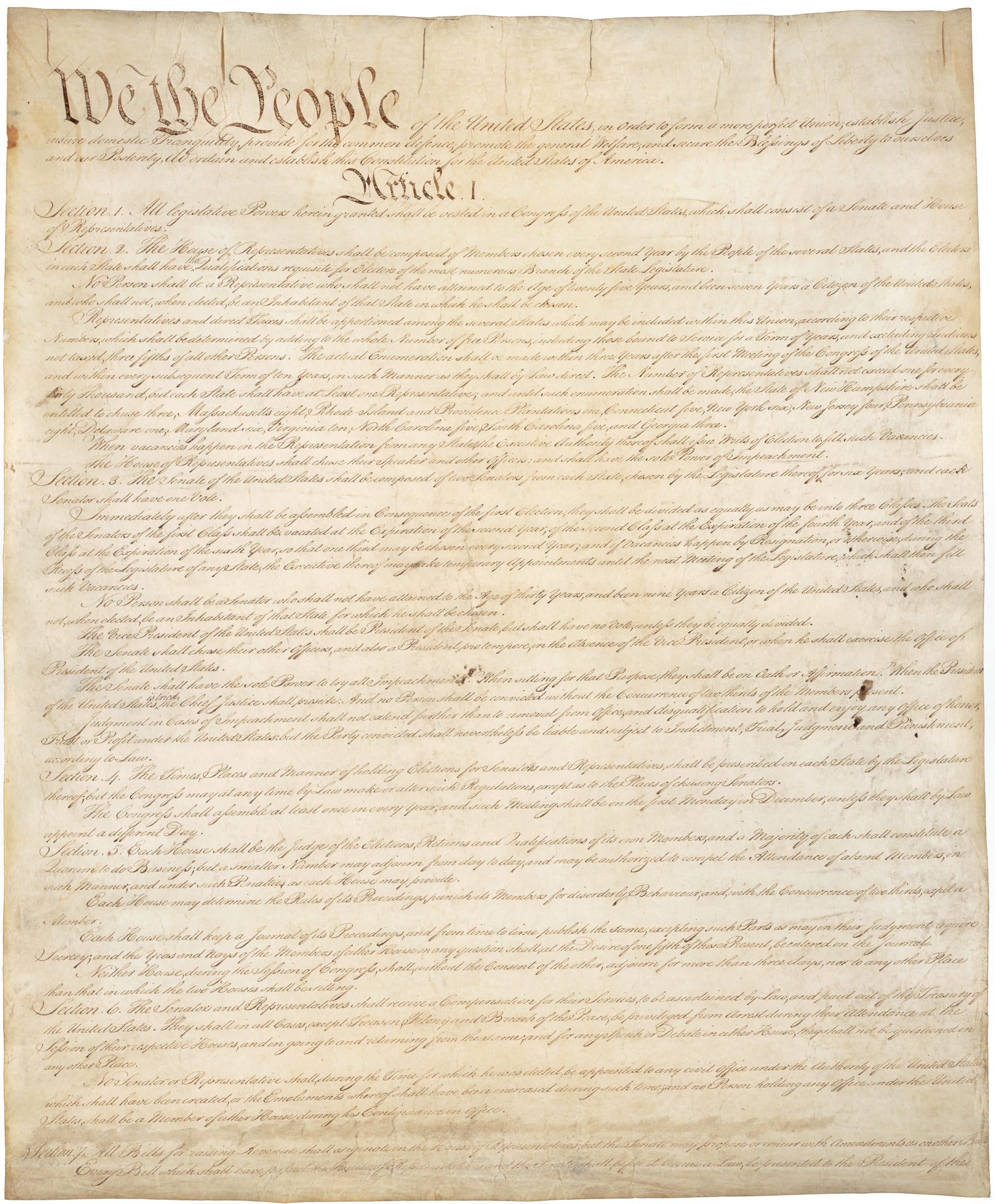 I hear a lot of bad constitutional arguments justifying this or that federal action. One common justification for expanding federal power is: “This thing is necessary! It needs to be done.”

Tench Coxe was a prominent and influential advocate for ratification of the Constitution and a delegate for Pennsylvania to the Continental Congress in 1788-1789. He later served as Secretary of the Treasury. He wrote three essays published in the Pennsylvania Gazette in early 1788 under the pen-name “A Freeman.”

“It will be found, on a careful examination, that many things, which are indispensibly necessary to the existence and good order of society, cannot be performed by the fœderal government, but will require the agency and powers of the state legislatures or sovereignties, with their various appurtenances and appendages.” [Emphasis added]

“They cannot interfere with the opening of rivers and canals; the making or regulation of roads, except post roads; building bridges; erecting ferries; establishment of state seminaries of learning; libraries; literary, religious, trading or manufacturing societies; erecting or regulating the police of cities, towns or boroughs; creating new state offices; building light houses, public wharves, county gaols, markets, or other public buildings; making sale of state lands, and other state property; receiving or appropriating the incomes of state buildings and property; executing the state laws; altering the criminal law; nor can they do any other matter or thing appertaining to the internal affairs of any state, whether legislative, executive or judicial, civil or ecclesiastical.” [Emphasis Added]

In his second essay, Coxe approaches the issue from the other side, enumerating “what the state governments must or may do.” Again, many of the items Coxe lists as the exclusive purview of the states reveals just how far the federal government has usurped state authority.

“The several states can create corporations civil and religious; prohibit or impose duties on the importation of slaves into their own ports; establish seminaries of learning; erect boroughs, cities and counties; promote and establish manufactures; open roads; clear rivers; cut canals; regulate descents and marriages; licence taverns; alter the criminal law; constitute new courts and offices; establish ferries; erect public buildings; sell, lease and appropriate the proceeds and rents of their lands, and of every other species of state property; establish poor houses, hospitals, and houses of employment; regulate the police; and many other things of the utmost importance to the happiness of their respective citizens. In short, besides the particulars enumerated, every thing of a domestic nature must or can be done by them.” [Emphasis Added]