Microsoft Saw What a Four-Day Workweek Can Do

Microsoft Saw What a Four-Day Workweek Can Do 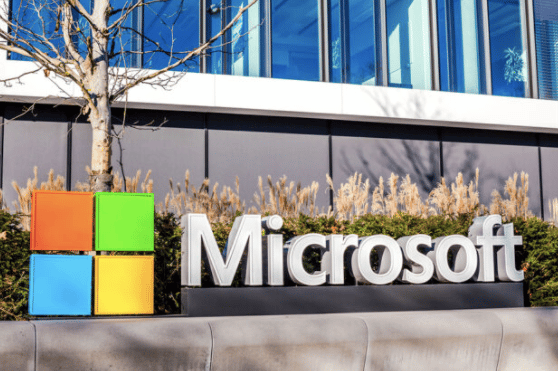 One of the most groundbreaking characteristics of a developed economy is the freedom entrepreneurs and firms have to develop their companies as they see fit. It was precisely this freedom that allowed Henry Ford to experiment with the 40-hour workweek in an age when most manufacturing employees worked as many as 100 hours per week.

Fast forward to 2019, when a number of companies started to put into effect a new workweek policy, giving their employees the freedom to work four days instead of five. Microsoft is one of the most well-known among them, showing that even large corporations can gain from a paradigm shift.

In the tech giant’s case, executives saw a 40 percent boost during the implementation of the summer project.

For the month of August, Microsoft Japan closed its offices every Friday, implemented a 30-minute limit to meetings, and encouraged employees to communicate remotely. These changes produced a 39.9 percent increase in labor productivity when compared to July, meaning that employees were doing more sales by working shorter weeks.

At the end of the experiment, 90 percent of Microsoft’s 2,280 employees in Japan said they were impacted while the firm admitted that the shorter workweeks also helped it to save money on resources such as electricity.

While this is revolutionary news in Japan, where the culture of overwork is literally killing workers, this isn’t the first time that a firm has experimented with a shorter workweek.

New Zealand estate-planning firm Perpetual Garden noticed a similar boost in productivity when it experimented with closing on Fridays. The results were so positive that boss Andrew Barnes made the four-day workweek an official policy.

“This is all about working smarter, not working longer,” Barnes told reporters.

“We have this perception that you’ve got to work five days a week, 9-5. What we are really talking about is changing how people are behaving when they are at the office.”

Flexibility as the Norm

Our relationship with work has changed dramatically with the government’s growing interventions in the market. Thankfully, the introduction of the internet helped to mitigate some of the problems caused by intervention.

More than just giving us better tools, the internet helped us to become more efficient. In a sense, the internet boosted economic freedom by giving people access to skills they couldn’t have afforded to acquire without it. Now, employers are using the freedom provided by the internet to also boost productivity.

While the four-day work movement is becoming more popular, it is just another component of a much larger move toward greater flexibility, and tech companies like Google are at the forefront of this revolution.

Google’s generosity toward employees is legendary, as the company offers telecommuting flexibility and a variety of other perks such as on-site child care. But the Silicon Valley firm isn’t the only one that has learned that happy employees are better employees.

Amazon, Intuit, Dell, Johnson & Johnson, and dozens of other large firms are also betting on the work-from-home trend, as they see an improvement in productivity and a cut in overall expenses due to shrinking in-house staff. As smaller companies see an even greater incentive in hiring freelancers and remote workers to keep their overhead costs down, it’s clear that work flexibility is quickly becoming the norm.

As the private sector becomes increasingly cornered by regulators, firms spend a lot of their resources on bureaucracy. Employers are finally realizing that only creativity will help firms survive and remain competitive. Changing work schedules is one of the ways to go about it.

Reprinted from the American Institute of Economic Research.