No, Taxing Corporations Is Not How You ‘Stand Up’ For Workers

No, Taxing Corporations Is Not How You ‘Stand Up’ For Workers 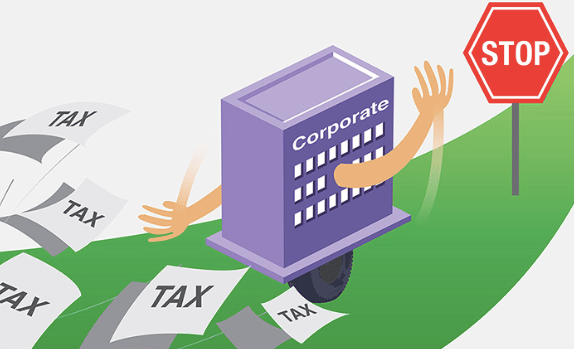 No, taxing corporations is not how you ‘stand up’ for workers

Leading Democratic presidential candidates like Bernie Sanders and Elizabeth Warren will constantly tell us they are for protecting and standing up for workers, while at the same time insist that the government levy heavy taxes on corporations.

But basic economic analysis tells us that taxing corporations is not a way to stand up for workers, but rather punish them.

But if corporations cannot pay taxes, who does end up bearing the burden of corporate taxes?

To answer that question, we need to look beyond the mere legal requirement of a corporation paying the tax. What really needs to be evaluated are the harder-to-detect consequences of who truly bears the burden of corporate taxes.

In short, people and businesses respond to changes in taxes by altering their behavior.  The real question is: Who really is harmed or helped by this change in economic behavior?

Economists refer to the true costs or benefits resulting from this change in economic behavior as the “tax incidence.”

Claiming to advocate for workers while also demanding higher corporate taxes ignores who is truly impacted by the ways corporations will respond to those tax hikes.

Many observers make the claim that such taxes are merely “passed along to consumers” as companies raise prices to compensate for the added burden. This common notion, however, does not reflect economic realities of the marketplace.

Businesses cannot arbitrarily raise prices. Rather, prices are determined by what consumers are willing to pay for a specific product, regardless of a company’s tax bill. A change in the corporate tax rate does not shift the demand curve for a corporation’s product, consumers will not magically be willing to pay more for the good. Besides, if the company could raise prices on the product, it already would have. So corporations cannot pass along the cost of their tax to consumers without risking a drop in customer demand that would damage their profitability.

Another common fallacy is the notion that corporate taxes are at least in part passed on to “wealthy shareholders” in the form of lower returns or dividends. For starters, it’s hard to argue that corporate taxes affect only wealthy shareholders when the majority of people reading this article are invested in a 401k. More to the point, empirical research shows this is not the case either.

The real victim of corporate taxation?

As the Tax Foundation states, research indicates “that in a global economy, where capital is highly mobile but workers are not, labor is bearing the brunt of corporate taxation.”

For instance, a Journal of Applied Economics article surveyed a panel of 66 countries over 25 years and concluded that “Higher corporate tax rates depress wages.” Specifically, the researchers estimated “that a one percent increase in the corporate tax leads to a 0.5 percent decrease in wage rates.”

Also, the Tax Foundation reported in 2017 that “The Council of Economic Advisers (CEA) has just estimated the amount borne by labor at 250 percent of the tax.”

Making matters worse, the negative effect of corporate taxation on wages falls hardest on lower-skilled workers and those on the margins of employment. While politicians often express a desire to further cut income taxes for lower- and middle-income taxpayers, many of these taxpayers already have virtually no income tax burden. In reality, these taxpayers would benefit more from a cut in the corporate tax rate.

A 2007 Tax Foundation study examined the federal corporate tax burden on workers based on income level and determined that “a cut in corporate taxes would provide a greater benefit to low-income households than would more cuts in individual taxes.”

Moreover, the unseen effects of business taxation are the jobs never created that otherwise would have been had the taxes not been in effect.

Politicians cannot lead the charge about taxing corporations while simultaneously claiming to be in favor of working families. Economic analysis, and the evidence, suggests that punishing businesses via taxation makes workers worse off. If they truly wanted to fight for workers, politicians would instead demand that the burden of taxation be lifted off of businesses to enable a more thriving job market.