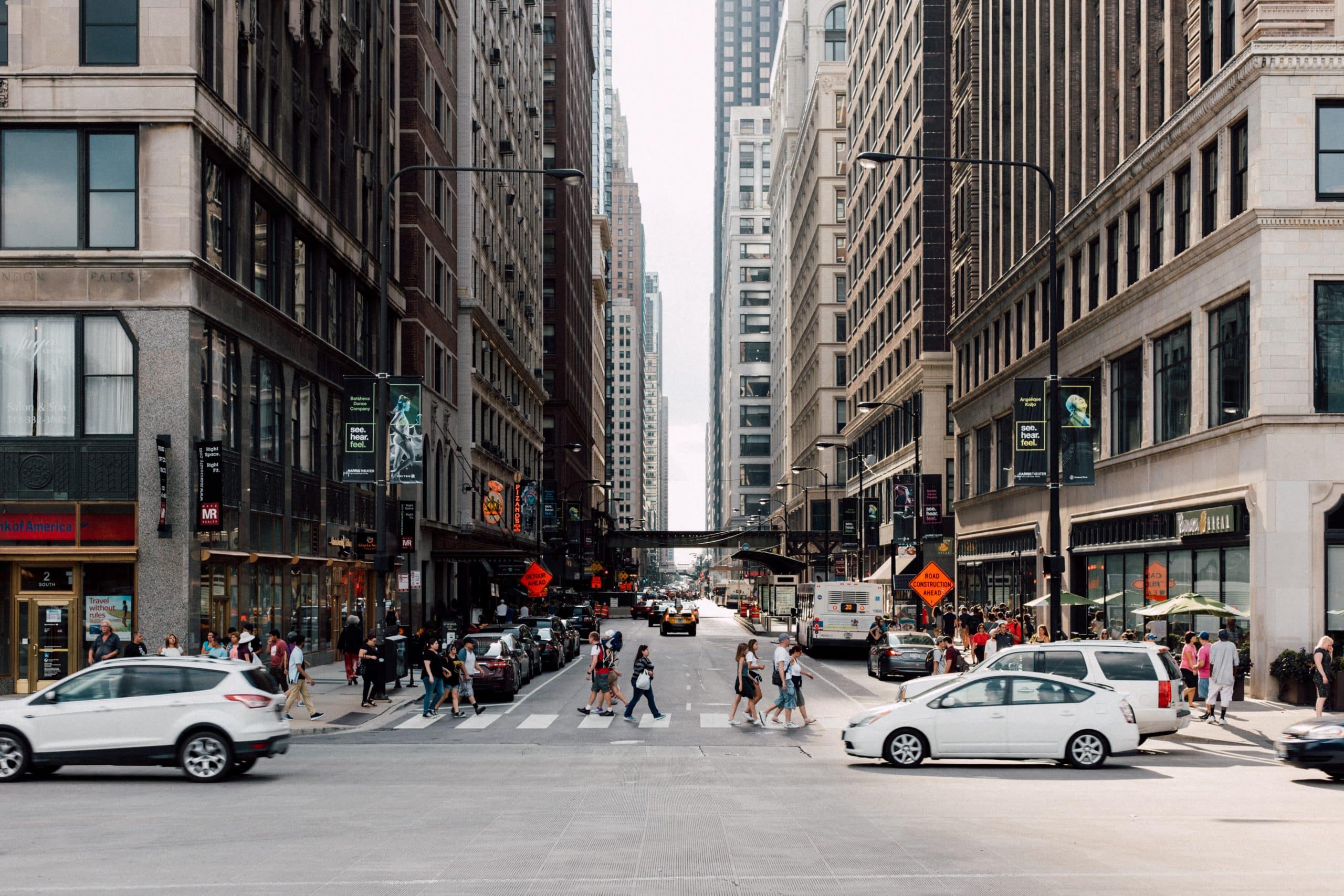 Advocates of a free society so frequently field the objection “Who will build the roads?” or some variation thereof that it’s become a meme. Much effort has been put into answering this question, including books on the privatization of roads and highways. What has received relatively little attention is what effect road privatization would have on the role of government police, which is surprising given the existing relationship between roads, police, and drivers.

Indeed, most of what police do is related to the road. According to the US Department of Justice’s most recent report on contacts between the police and the public, over half are traffic stops, and an additional 14.6 percent are in relation to traffic accidents. When not otherwise engaged, officers spend around 74 percent of their time engaged in patrol, typically in a car. Over 9 percent of arrests recorded in the 2018 FBI Uniform Crime Reporting (UCR) Program data are for driving under the influence. Unfortunately, the UCR does not specify what percentage of the 1,147,050 drug possession arrests in 2018 were the result of searching vehicles, but there is little doubt that it was a significant portion. Making arrests based on pretext stops (the act of pulling someone over ostensibly for a minor traffic infraction in order to investigate some other crime, conduct a search, or to determine whether the vehicle’s occupants have any outstanding warrants) is considered good policing and is endorsed by the US Supreme Court. The long-running erosion of the right to be secure in one’s vehicle, as codified in the Fourth Amendment to the U.S. Constitution, is well documented in Sarah Seo’s Policing the Open Road.

In addition, revenue from traffic citations can constitute an important source of municipal funding. One example (though definitely an outlier) is the town of Randolph, Missouri (pop. 47), which issued 3,132 traffic fines, collecting an estimated $148,000 of their $270,043 total revenue in 2009. Besides traffic citations, an additional source of revenue for police on the roads is civil asset forfeiture. The Texas town of Tenaha (pop. 1,100) had seized millions of dollars in forfeitures from traffic stops before being sued in 2009. Without the pretext of traffic stops, there would be many fewer opportunities for police to separate individuals from their cash and other possessions.

Based on these considerations, it would appear that the privatization of roads would be of interest for the purposes of police reform alone. In light of calls to “defund the police,” police activities on roads have received more attention. Economist Alex Tabarrok has suggested the “unbundling” of police from traffic enforcement:

The responsibility for handing out speeding tickets and citations should be handled by a[n] unarmed agency. Put the safety patrol in bright yellow cars and have them carry a bit of extra gasoline and jumper cables to help stranded motorists as part of their job – make road safety nice.

While such a reform certainly sounds like an improvement over the status quo, the question is to what degree it changes the practices above. On some margins, state agents fully dedicated to traffic enforcement may make things worse, particularly without changing the incentive governments have to milk drivers of funds. Pure traffic patrollers would be less expensive to train than sworn police officers, making it cheaper to put more of them on the road. They would not have to respond to the non-road-related calls that police officers are expected to handle, giving drivers less reprieve from their constant presence. Furthermore, there is little evidence that traffic enforcement significantly improves road safety anyway. But even if it did, there is still a tradeoff between road safety and other ends, such as arriving at one’s destination quickly. By getting in a vehicle, we demonstrate that we are not willing to sacrifice all other ends for that of safety.

However, if unarmed traffic patrollers lack other police powers, such as the ability to warrantlessly search a vehicle, seize assets they believe may have been used in the commission of a drug crime, or engage in pretext stops, such a reform has the potential to result in positive outcomes for those who consider liberty to be important. A big question, though, is whether governments would be willing to forgo what has been such a large source of revenue, as well as one of their primary means of drug interception.

Leaving the roads in the public domain, even if they are policed by nice traffic safety officers rather than the cops, still has a number of disadvantages related to traffic enforcement. The state still makes the rules, licenses the drivers, decides what insurance is required, and decides how rules are to be enforced. Because the roads are not privately owned and the payment and use of them are not voluntarily contracted, economic calculation is not possible. The government is in the dark in negotiating the aforementioned tradeoffs between safety and other ends. There is no competition between road providers that would prevent overzealous enforcement of traffic laws or the opposite. If roads (and other transportation infrastructure) were privatized, road entrepreneurs would seek the optimal tradeoff between safety and other ends, and consumers’ ability to choose different roads or means of transportation would enable this to occur.

Thus, even setting aside gains in efficiency or reductions in highway fatalities, the case for the privatization of roads has much to recommend it solely in terms of how it would affect the power of the police to detain us, search us, and seize our property.

Tate Fegley is a Postdoctoral Associate at the Center for Governance and Markets at the University of Pittsburgh. This article was originally featured at the Ludwig von Mises Institute and is republished with permission.

END_OF_DOCUMENT_TOKEN_TO_BE_REPLACED

“You hypocrite, first take the plank out of your own eye, and then you will see clearly to remove the speck from your brother’s eye.” — Matthew 7:5 I grew up going to numerous youth group events, Christian summer camps, weekly chapels at my Christian high school, and...