The 2016 Election Is Destroying the Façade of Objectivity

The 2016 Election Is Destroying the Façade of Objectivity

When it comes to politics and government, objectivity doesn’t really exist. This isn’t the fault of corrupt politicians; it’s just the nature of the business. Indeed, the Founding Fathers even took this notion for granted. That’s why they endeavored to design a system of government where ambition was made to check ambition. They understood that government would not always and everywhere be populated by saintly individuals acting dutifully in the public interest.

But while our government is predicated on this idea–that government actors will not always be impartial and objective–we do not always remember it. Many Americans are inclined to believe that US governing institutions really are objective.

This is one way to understand, for example, why a larger segment of the population isn’t outraged by the lack of accountability for police brutality. What ought to be a straightforward question of justice and the rule of law falls along strange tribal lines. On one side, what we might call the Blue Lives Matter side, we have people that are essentially saying, “Trust the process”. These people buy into the idea of government objectivity in this area, and generally believe both that a) cops would not kill someone unless they had a good reason and b) the justice system is generally fair and would hold cops accountable if they deserved it. On the other side of the issue, we find people who no longer buy into the objectivity myth, either because a) they have a personal experience that disproved it or else b) they have just encountered too many stories of senseless injustice being perpetrated to still think the system is working fairly.

While actual progress on the police brutality has been slow in coming, libertarians and progressives are certainly making strides in the realm of public opinion. Of course, issues don’t figure prominently in this election cycle. But among the few issues that do get discussed, police brutality is near the top of the list. The reason this is even on the table is because the myth of objectivity has been substantially dismantled, and it now cries out for a solution.

Back to the Election

What horrifying YouTube videos did for police brutality, the 2016 election is doing for many other aspects of the US government and politics generally. Let’s run down the list:

When FBI Director James Comey announced the findings of the investigation into Hillary Clinton’s private emails, the response was predictable. Republicans were outraged that such an alleged miscarriage of justice was done, and some even called attention to a questionable meeting Bill Clinton and Attorney General Loretta Lynch, shortly before the decision, to cast further doubt on its legitimacy.  The Republicans were openly suggesting that the FBI made a deal with the Democrats. Meanwhile, the Democrats were delighted to find their standard-bearer free and clear of any investigations, and hailed the FBI for its professionalism. Of course, they would. Even if they truly believed that, it was also in their partisan interest to do so.

Fast forward to Friday, and the narrative is completely reversed. This time, Comey wrote a letter to Congress to alert them that the Clinton email probe had been reopened in a way, as a result of additional emails being identified as part of an unrelated investigation.

Now it was the Democrats turn to accuse Comey of being a partisan hack.

So wait, the FBI Director’s decisions are only impartial when they agree with you? I don’t think that’s how impartiality works…

The reason this matters is that the FBI isn’t usually called into question quite like this. Depending on your perspective, it marks either a new low or a new high.

Too Big to Jail?

The FBI’s political leanings weren’t the only aspect of significance in the Clinton email case. One of the central questions in the scandal was whether politically powerful people will be held to the same rules and laws as everyone else. Comey’s memorable answer, was a resounding, if reluctant, no. Readers may recall these illuminating lines:

“Although there is evidence of potential violations of the statutes regarding the handling of classified information, our judgment is that no reasonable prosecutor would bring such a case.”

He could have scarcely said it any more plainly. Yes, there’s evidence that laws may have been broken, but it doesn’t matter anyway, because no reasonable prosecutor would bring the case. Translation: Hillary Clinton is too powerful for the laws to be applied to her.

This is not without precedent either of course. Not prosecuting the politically-connected is a time-honored American tradition. It’s why Ford pardoned Nixon; it’s why Bush officials didn’t get prosecuted for the torture program, and it’s why Director of National Intelligence James Clapper suffered no repercussions for lying to Congress about the activities of the NSA. That said, it’s still rare that the episode garners this much attention.

The usually obscure Federal Reserve hasn’t escaped accusations of partisanship or corruption this time around either. Though his own preferences on monetary policy are unclear, Donald Trump has made this a recurring talking point, once suggesting the Fed is being “more political than Secretary Clinton”.

Even the elections themselves are being cast in a suspicious light in this election cycle, to a degree not seen in recent memory. Donald Trump’s narrative here focuses on media bias or alleged voting fraud schemes to distort the election outcome. Meanwhile, Clinton’s narrative is that Trump is a pawn of the Russian government, and thus she has alleged the Russian hacking apparatus has been trying to throw the election in his favor. The Obama Administration has also come out to offer a degree of legitimacy to the Clinton narrative by making direct, if oddly tentative, accusations of hacking.

Indeed, we face the very real possibility that, in one week’s time, the official election results will be contested. And either candidate might be willing to try this strategy based on the rhetoric we’ve heard to date.

What all of this means is that the 2016 election has offered a systematic assault on faith in government and the idea that the government is an objective, impartial actor.

For lovers of liberty, this circumstance represents an incredible opportunity. We already know that the proper attitude towards government is one of deep skepticism. Come November 9th, nearly half of the American electorate is going to agree. 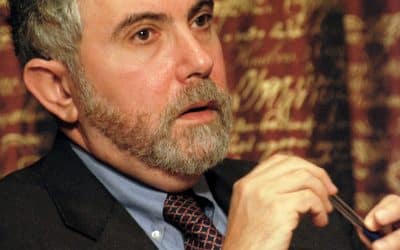 The federal government’s program of supplemental unemployment benefits of up to $600 per week, as provided for in the CARES Act, is set to expire at the end of July. Whether or not to extend this program is setting up to become a contentious political battle mere...

END_OF_DOCUMENT_TOKEN_TO_BE_REPLACED 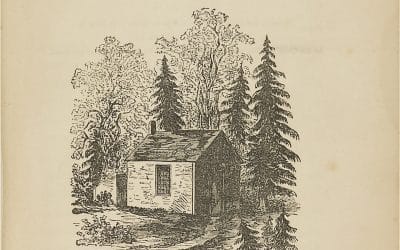 Henry David Thoreau has inspired generation of Americans to live fuller, freer lives. From his story of spending a night in jail as a tax protestor in “Civil Disobedience” to his chronicle of solitary living in Walden, Thoreau reached higher ground by going against...