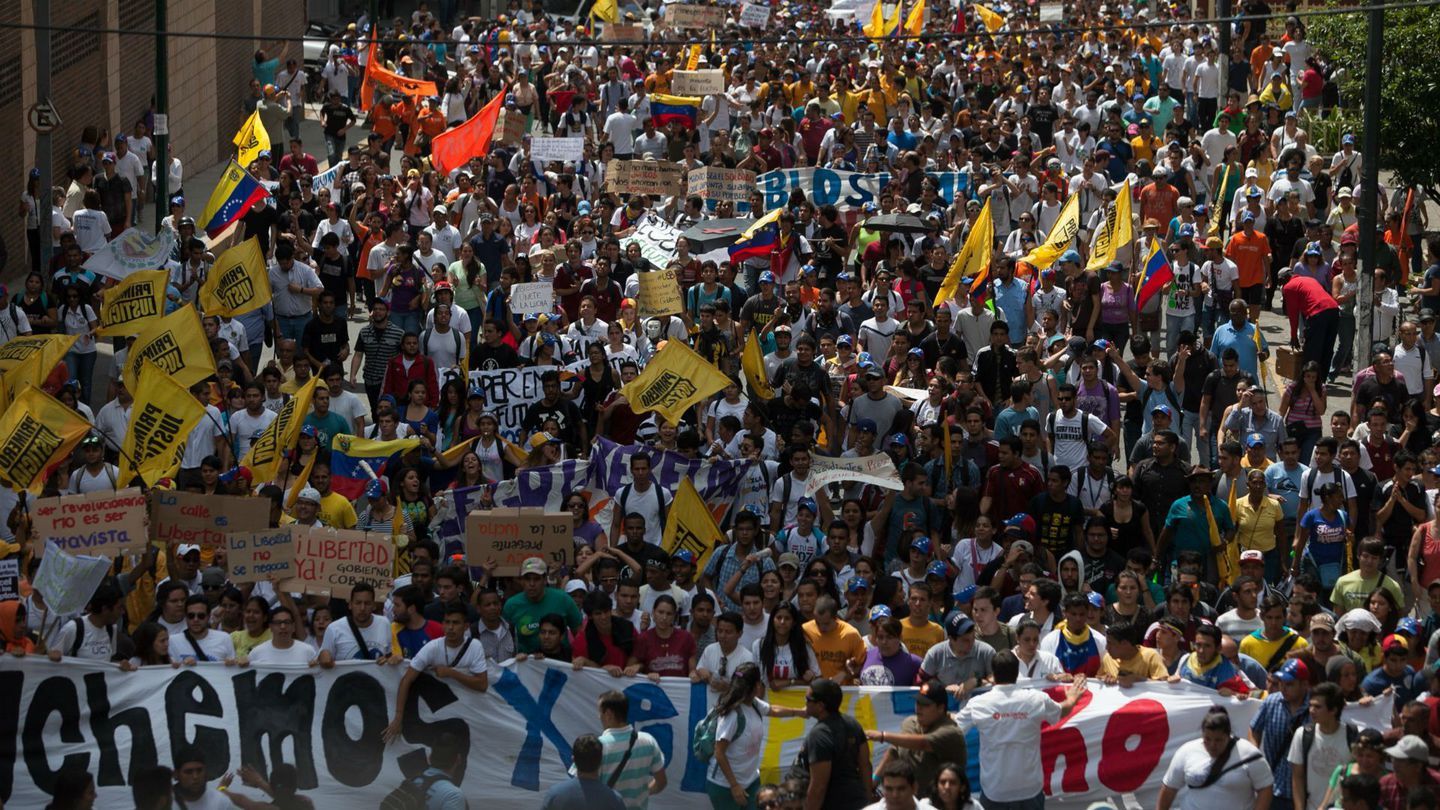 Venezuela has hit the news again after the Trump Administration announced support for the opposition. This decision has caused conflict not only with Maduro, but also with the Russian government for the United States. This is because Russia has secure financial relations with Maduro’s Venezuela. While it is the duty of any moral person to empathize with the socialist hell that the people of Venezuela suffer, it is also the duty of foreign nations to respect sovereignty. The Venezuelan people deserve a revolution. They do not, however, need American intervention to have this revolution. America must stay out of Venezuelan affairs and allow the people of that sovereign nation to sort its own problems out.

Venezuela Does Not Need the American Empire

If the US wants to get involved in Venezuela, then it is not in the interest of the Venezuelan people. Perhaps one reason that the US wants to get involved is Venezuela’s massive oil deposits. While it is apparently obvious that the people are suffering under the Maduro regime’s control of the nation’s oil, there is no reason to suggest that American control would make things any better.

Venezuela does not need the snake oil the US is selling. The American Empire promises to overthrow Maduro, but it does not promise sovereignty. Venezuela need not become another colony of this bloated empire. The people of Venezuela need to stand up. The US needs to stay out of the way.

The United States Does Not Need to Intervene

Venezuela is not a threat to US national security. Regardless, the costs monumentally outweigh the benefits of intervention. The threat of waging economic warfare against Russia by interfering in Venezuela could very well snowball into World War III. Ultimately, the US has too much war socialism as it is. It is not our duty to steal from Americans in order to fund state intervention in Venezuela’s affairs.

Any “humanitarian” effort has the very real potential of harming Americans, making us less safe and less free. Venezuela is going to have a revolution with or without the US. The US, therefore, ought to stay out of the revolution. This absolves the US of any consequences of this revolution.

Juan Guaidó and the Popular Will Party Has Popular Support

Juan Guaidó, the man that the US formally recognized as the president of Venezuela, ultimately has the legitimacy needed to take power. He does not need the US’s assistance. In fact, this could hurt the Popular Will Party‘s chances. Guaido gained popularity through student activism. In particular, he advocated for the free speech rights of independent media in his nation.

Ultimately, the US can only harm Venezuela and itself by interfering. It is time that the US respect Venezuela’s sovereignty (and that of the entire world for that matter). The American Empire has extended too far, and it is draining our resources for a morally bankrupt idea. We cannot allow the doctrine of regime change to destroy another nation. The people do not respond well when the United States chooses a leader for them. Guaidó does not need to be a puppet of the American Empire to save Venezuela.