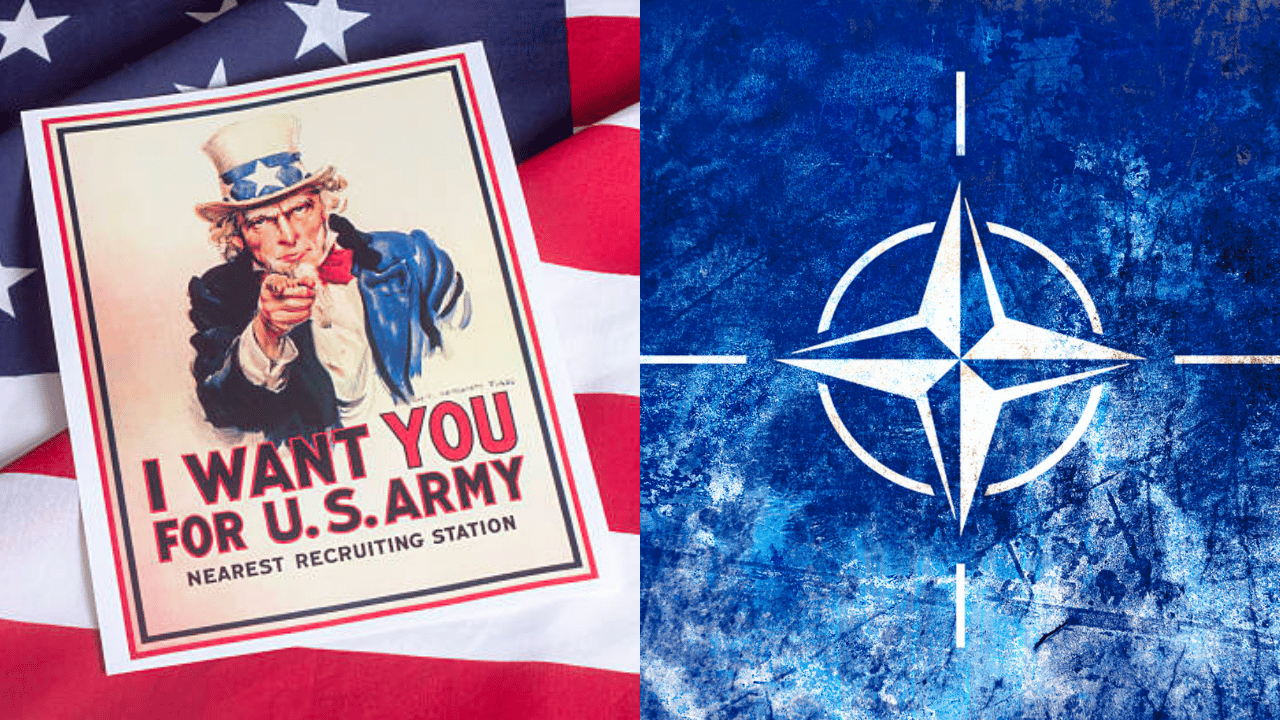 The American people are allowing their blood soaked rulers in Washington to callously prolong the war in Ukraine. The complicit media  has propagandized and lied the American people into insisting Washington double down on all their worst aggressions. And so continues the hawks’ reckless gamble on World War 3 to spite President Vladimir Putin and – once and for all – destroy Russia.

President Joe Biden’s administration and other hawks do not want the war in Ukraine to end. They are not alone, some NATO member states prefer to see the war drag on indefinitely as well. As Libertarian Institute news editors Kyle Anzalone and Will Porter wrote last week,

Though Ukrainian President Volodymyr Zelensky has repeatedly acknowledged that his country will not join the NATO alliance in recent weeks, some members are loath for Kiev to accept that key Russian demand, according to officials and diplomats cited by the Post.

“Even a Ukrainian vow not to join NATO could be a concern to some neighbors,” the outlet reported. “That leads to an awkward reality: For some in NATO, it’s better for the Ukrainians to keep fighting, and dying, than to achieve a peace that comes too early or at too high a cost to Kyiv and the rest of Europe.”

Shortly after the aforementioned Washington Post article was published, Estonia’s Prime Minister Kaja Kallas warned against “peace at any price.” This view is shared by the European Union and the United States. As Dave DeCamp, news editor at Antiwar.com, reports,

“We want it to end as soon as possible, but not in any way,” Borrel said. “Because if we’re going to have a destroyed country that has been dismembered territorially and neutralized, with millions of people in exile, and millions of people dead, then no, we don’t want this war to end like this.” He said this is why Europe must “continue arming Ukraine … More weapons, that is what the Ukrainians expect of us.”

The Biden administration has shown no interest in pushing for a diplomatic solution to end the war. The last time Secretary of State Antony Blinken spoke with Russian Foreign Minister Sergey Lavrov was on February 15, and President Biden hasn’t attempted to hold talks with Putin. Instead, Biden has declared that Putin “cannot remain in power,” and the US has been pouring weapons into Ukraine.

But it is not simply that the U.S., EU, and NATO want to maintain the status quo. In fact, they are seeking to involve themselves in the war far more deeply and dangerously. The U.S. has provided Kiev more than $2.5 billion in military aid since the war began, adding new packages almost every week. Shipments have largely consisted of Javelin anti- tank missiles, a variety of armed drones, and Stinger missiles.

Biden recently gaffed and revealed that U.S. troops are training Ukrainian forces in Poland. At a subsequent meeting of NATO foreign ministers in Brussels, Liz Truss, the U.K’s top diplomat, made clear the alliance members have decided to begin training the Ukrainians to use NATO arms. The goal is to ensure Ukraine is no longer restricted to primarily using old Soviet-era weapons.

Though the Russians have warned that weapons shipments are legitimate targets, it was also agreed that the allies should send Ukraine “new and heavier” armaments. Lithuania’s Defense Chief has unveiled a plan to train Kiev’s military to use said new weapons. At this point, it is unclear if, under Vilnius’ plan, U.S. troops will be participating. In Mississippi, a program to train Ukrainian forces in Naval and drone warfare has only just concluded.

Slovakia is in discussions with NATO about sending its MiG-29 warplanes to Ukraine, Bratislava desires to replace the fighter jets with American F-16s it has ordered. In another escalation, the Czech Republic has given Ukraine some Soviet tanks. As the Wall Street Journal reported,

The report says Bratislava and Prague are in talks regarding the use of their military industrial facilities to repair myriad Ukrainian tanks, vehicles, and other arms, as well as those captured from the Russians during the war.

Also in the works is a massive NATO build up in Eastern Europe on Russia’s borders to repel a supposed invasion. Absurdly, the idea is to mount forces sufficient to win a war with Russia. This provocation will only be more neurologic for Moscow, making nuclear war increasingly likely.

There are currently 100,000 U.S. troops in Europe, the most since 2005, that number is expected to grow substantially higher. New battlegroups are being formed near Russia and top U.S. military officials have encouraged NATO members to build more permanent bases where American forces will be regularly rotated.

Biden recently announced his $813 billion military budget for 2023, this will be the highest “defense” bill the country has ever seen.

The war and increased defense spending among European allies has been a dream come true for the military industrial complex. Indeed, the Pentagon has just hosted the leaders of the top eight arms manufacturers for a meeting regarding their ability to continue supplying weapons if this war “lasts years.”

Lloyd Austin, Pentagon chief and former Raytheon board member, told the Senate Armed Services Committee that the U.S. is providing intelligence to Ukraine’s military for operations against the Russians in the eastern Donbas region. This is where the breakaway republics are located. America’s coup government in Kiev launched a war against these restive ethnic Russian populations. This was after they refused to be ruled by Washington’s puppets in the Nazi infested, anti-Russian regime.

Kiev’s war, which began eight years ago, led to more than 14,000 people killed. By far, most civilian casualties were inside territory held by the Russian-backed separatists. In February, when Putin announced his “special military operation” he said it was necessary to repel aggression against the people of the Donbas, whose independence he had just officially recognized.

America’s Senate has passed bills that make war with Russia that much more inevitable, including to ban Russian energy imports, suspend normal trade relations with Russia as well as Belarus, and revive the Lend-Lease program to arm Ukraine for the conflict’s duration.

In all three cases, there were no dissenters. As journalist Michael Tracey tweeted,

Seems like it hasn’t gotten enough attention that the US Senate just revived the “lend-lease” program — after 75 years — for Ukraine. Every senator supported it, from Bernie Sanders to Rand Paul. As you may be aware, this program was the precursor to US entry into World War II.

Beyond that, the legislation appears to be designed to preclude a negotiated settlement between Kiev and Moscow. The bill’s summary says that this program will go on until “the conflict beginning with Russia’s annexation of the Crimea region of Ukraine in 2014 has ceased, and Russia has reduced its military force on Ukraine’s eastern border to the levels maintained prior to March 1, 2021.”

For hundreds of years, Russia has maintained its Black Sea fleet at Sevastopol in Crimea. Moscow has controlled the peninsula militarily since the 2014 coup when the port was threatened. Russia is never giving up Crimea, Hitler’s forces discovered this during the second World War. Additionally, before launching his invasion, Putin ordered peacekeepers to the Donbas to protect the ethnic Russians. Moscow will not abandon that region which has been attacked by Ukraine’s Neo Nazis and which, prior to Putin’s invasion, was populated with hundreds of thousands of Russian citizens.

Putin’s main demands are Ukrainian neutrality, as well as Kiev’s recognition of both the Donbas Republics’ independence, and Russia’s control of Crimea. These are reasonable requests. Even Ukraine’s President Volodymyr Zelensky has now admitted he was told by NATO, in no uncertain terms, that alliance membership will never happen. The preverbal door was left only ostensibly open to spite, or more likely provoke, Putin and Moscow.

Washington should be leading the diplomatic efforts to resolve the crisis they have created by mercilessly exploiting the Ukrainians as cannon fodder and with decades of aggressive, anti-Russian polices. Most regrettably, instead of making peace its mission, the U.S. seems intent on having its protracted proxy war.

But the Russians cannot lose this current war any more than the United States could lose a war with Mexico. The only way for Kiev to “beat back the Russians,” is for the U.S. and NATO to commit to a forever war. To arm, train, fund, aid, support, and sustain a long term, bloody insurgency that goes on for years and years.

There is a strong case to be made that Washington goaded Putin into launching this current war. Likewise, the Soviets’ invasion at the end of 1979 was arguably provoked by President Jimmy Carter, Zbigniew Brzezinski, and the boys at Langley. At least they like to think so. Operation Cyclone, as it was called, killed some 15,000 Soviet soldiers and at least one million Afghans.

For the hawks, the former number, the Soviet Union’s subsequent fall, and the profound pain inflicted on Moscow, giving the USSR “its Vietnam war,” is all that matters.

As for the million dead, the following 30 years of conflict in Afghanistan, 20 years of America’s brutal, multi-trillion dollar, post 9/11 wars and occupations which – directly or indirectly – killed millions, including hundreds of thousands of Afghans… we think the price is worth it.

But after murdering millions in the Vietnam War and crashing the U.S. economy, this was Uncle Sam’s proud victory.

In light of America’s broken economy, the previously mentioned and more recent failures and disasters, Uncle Sam desires another such victory. However, replicating the Cyclone strategy on NATO and Russia’s borders as the hawks declared is the plan, well before Putin’s invasion, is a recipe for World War 3. 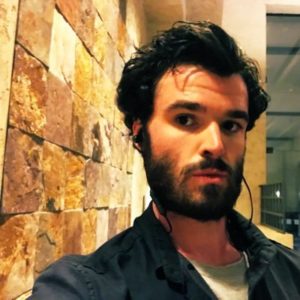