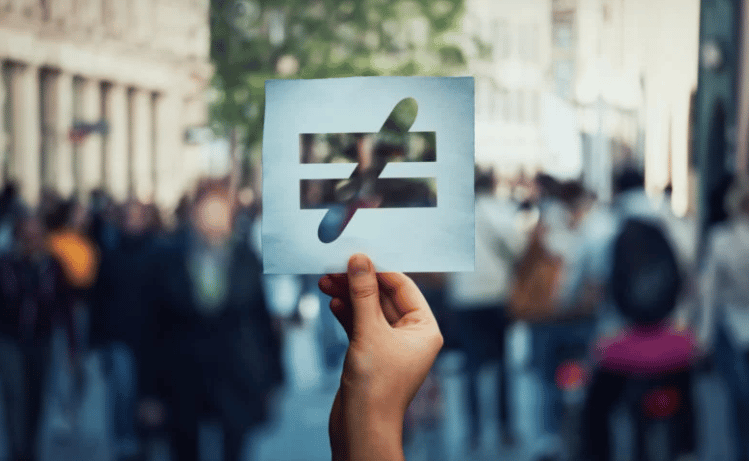 The 2020 presidential field is saturated with candidates decrying wealth inequality and making the argument to soak the rich. One front-runner, for instance, is constantly denouncing “the millionaires and the billionaires.” Ominously, a New York Times poll found that two-thirds of Americans believe that “wealth in this country should be more evenly distributed among more people.”

Now, it is true that, in America, the top 1% owns 42% of the wealth, and the top 0.1% owns as much as the bottom 90 percent, so it’s easy to see how many Americans don’t think capitalism is working for them. Relative to those “millionaires and billionaires,” plenty of people think they are getting crumbs, while others are taking big slices of the pie.

But is “income equality” the best measure of progress or prosperity?

Country A describes the United States, and Country B describes the far more equal former Soviet state of Belarus. While everyone in Belarus is relatively much more equal, they are certainly not better off. In fact, relative to the rest of the world, the citizens of Belarus are for the most part, much poorer.

Rejecting income or wealth egalitarianism does not imply rejecting equal rights, equal treatment, or equal access to opportunity, and it does not imply that some people are judged as morally inferior. Society cannot mandate that everyone have equal height, weight, eye color, hair color, or religion, but society should not mandate that everyone make the same economic choices or be in the same economic situation, either. Even if society were to comprise otherwise-identical people who simply have different goals, we should not expect all people to have the same amount of income or wealth at all times.

Most measures of inequality, such as the Gini coefficient, are snapshots of what people in society have in any given year and do not track what individuals have over their lives. And most of the talk about the top 1% implies that the people in the top 1% remain there. This may have been true in feudalism, where one’s title determined income, but in a market economy most people’s income and wealth change, typically moving upward, over their lifetimes.

By focusing on relative rather than absolute levels of income or wealth, egalitarianism mandates policies that can make everyone poorer as a result. Rather than looking down on increases in income and wealth in differing amounts, we should celebrate and be grateful for the efforts of those who work for the benefit of all. After all, we collectively are choosing, freely, where to spend our hard-earned money. The only entity forcing open our pocketbooks is ironically the same one politicians want to use to increase so-called equalitythe government.

The Murder of George Floyd The police officer who murdered George Floyd has been charged with manslaughter and murder. Derek Chauvin and three other officers were fired after they murdered Floyd. [Link] Will Porter covers the protests, looting, and police brutality....

Doing his best impression of Bush and Cheney on September 11th, Trump flees in cowardly terror to his underground bunker due to protests and riots outside. As though 1 the protesters had any intention of storming the White House and lynching the president or 2 that...

Democratic Party Leader Susan Rice: Blacks Are Only Upset By Police Abuse Because Russia Tricked Them!

https://twitter.com/aaronjmate/status/1267190459681603584 Of course. America is already great. Now if only the terrible Russians didn't control all of our minds, then we'd finally be happy!

April 26, 1992. There was a riot on the street, tell me, where were you? I get the feeling the majority of you rioting right now were either too young or not even born yet when that song made its rounds. Didn’t quite have the ability for those events to make their...

Want to end the protests and riots? End the War on Drugs

The War on Drugs is the immediate cause of, and pretext for, the system of oppression, and police violence and militarization. Ending the War on Drugs is also a project that can unite rather than divide, something that people from different races and different...

5/22/20 Max Blumenthal on Assange, Adelson and the Latest ‘Russiagate’ Revelations

Max Blumenthal discusses the outrageous treatment of Julian Assange during his time at the Ecuadorian embassy in London over the last few years, and since his arrest last year. Blumenthal has reported on the extensive spying Assange was subjected to at the embassy,...

https://youtu.be/NHZY17v4hlc ... my basic motivation for being a libertarian had never been economic but moral. ... While I was convinced that the free market was more efficient and would bring about a far more prosperous world than statism, my major concern was...