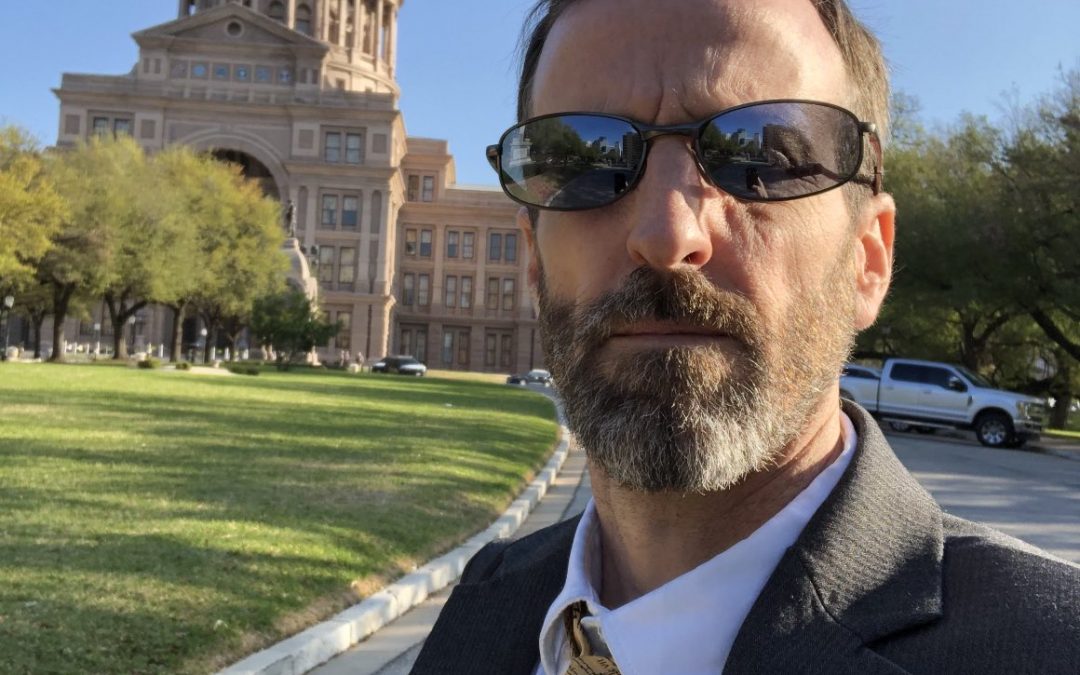 Legislation that would require Congress to declare war before the Texas National Guard would be sent into active combat status is moving through the legislative process.

“For nearly eight decades, Congress has not made a declaration of war,”  Slaton stated. “Only Congress can declare war, not the president. But when we went to war under Bush, the president declared war, and Congress just went with it. President Bush should not have sent troops to Iraq or Afghanistan because Congress did not declare war.”

At the time of Operation Iraqi Freedom in 2001, 20 years ago, Slaton explained that the Texas National Guard should not have taken part unless Congress had approved it first.

This bill is the first of its kind in the Texas Legislature.

“No one has adopted this kind of bill yet. It’s about the Constitution, and doing it the right way, and making Congress vote to go to war,” said Slaton.

“This is, in effect, our mentality towards readiness. All this does is hold the brakes and have Congress declare war, and then we’ll be ready to go,” he added.

Scott Horton, director of The Libertarian Institute, came to testify in favor of the bill, stating, “Eisenhower warned about the potential for an industrial-military complex and over-militarization. Recent presidents, Obama and Trump, echoed President Eisenhower’s concern over the potential for an industrial-military complex, though [they] have not made a move to change that behavior.”

Read the rest of this article at Texas Scorecard

Hero saves, is killed by his security force https://www.youtube.com/watch?v=VPlGvgDbLv0&t=1s

Remember there names. They tried to warn you. "You may know the names of these antiwar conservatives. Some are famous: Patrick Buchanan and Robert Novak. Others are not: Llewellyn Rockwell, Samuel Francis, Thomas Fleming, Scott McConnell, Justin Raimondo, Joe Sobran,...

The Antiwar Comic: The Distraction

How am I not a Centrist if I'm always in the middle of this? For more comics visit The Webcomic Factory.

Can Bitcoin Be Palestine’s Currency Of Freedom?

“Independence is financial,” Abukhdeir told me. “If we don’t have financial freedom, nothing is going to change.” But how do Palestinians buy bitcoin? “We always find the holes,” Abuwedad said. More here

Scott interviews journalist Mark Curtis about his investigations into the UK role in the wars in Syria and Yemen. Regarding Yemen, Britain has long denied any involvement in that war, says Curtis, but it's now been revealed that they, like the U.S., have been helping...

Peter McCormack discusses the latest developments in the world of Bitcoin. The most important news is that El Salvador moved to make Bitcoin legal tender, alongside the U.S. dollar, which McCormack says is huge for its viability as a mainstream currency. Bitcoin...

Ron Enzweiler discusses the unlearned lessons of America's wasteful and doomed wars in Iraq and Afghanistan. First of all, he says, we should have known that the only thing keeping Iraq together was Saddam Hussein's stranglehold on power, which prevented a civil war...

Scott talks to Doug Bandow about the recent assassination of Haiti's president and the ensuing calls for U.S. intervention. Bandow warns about the perils of interventions like this, even when they are seemingly justified by the noble cause of humanitarianism. In Haiti...

Episode 608: Getting Out Of The Military As A Conscientious Objector w/ Dylan Allman

57 Minutes Not Safe for Work Pete invited Dylan Allman to come on the show. Dylan explains his path of getting out of the military as a conscientious objector after becoming a more well-read libertarian. He explains the over year of red tape he had to cut through....

57 Minutes Some Strong Language Jason Stapleton is the host of the "Wealth, Power and Influence podcast. Pete asked Jason to come on to talk about why he feels that libertarians should not only be striving for wealth, power and influence, but to come together to...

57 Minutes PG-13 Keith Knight is the host of the Don't Tread on Anyone Podcast. Keith joined Pete to discuss James Burnham's 1940 book, "The Managerial Revolution," in which he lays out, and even mentions by name, the path business and government were on towards...

45 Minutes PG-13 Tho Bishop is the associate editor of Mises.org Pete invited Tho on to give an overview of what exactly is what has come to be known as the "Paleo Strategy." It is attributed to Murray Rothbard's writings from the early 1990s but is often described in...

On COI #137, Kyle and Will break down the new US Marine deployment to guard the American Embassy in Haiti, which comes amid instability after the assassination of the country's leader. While President Biden insists there will be no larger stabilization mission, that's...

The State is Immoral, Unnecessary, and MUST Be Defeated With Agorism. Sal the Agorist & Keith Knight

https://youtu.be/m7fJh-5c_1E Prohibition was repealed precisely because law enforcement broke down in the face of massive civil disobedience, not because the law was piously heeded and then people turned to legal channels of repeal. Murray N. Rothbard Libertarian...

How the Greatest Scam EVER is Being Pulled Off! – Hans-Hermann Hoppe

https://youtu.be/Fn4IA_mXvHw Since its rule is exploitative and parasitic, the State must purchase the alliance of a group of “Court Intellectuals,” whose task is to bamboozle the public into accepting and celebrating the rule of its particular State. Th e Court...

https://youtu.be/4d-uDr2-6m8 It is politically naïve in the extreme to place the supply of fiat money in the hands of government and then to hope and expect it to refrain from controlling exchange rates or going on to impose more detailed exchange controls. Murray N....

https://youtu.be/oxlcplpkWVQ Wage rates in every country are determined by the productivity of the workers in the country. Murray N. Rothbard Making Economic Sense, p. 18 Thomas E. Woods, Jr., is the 2019 winner of the Hayek Lifetime Achievement Award from the...

https://youtu.be/Ax8uPZLINvQ   In the midst of the United States' renewed great power competition with Russia and China, the western foreign policy establishment has launched a sustained propaganda campaign to steel the American public into supporting...

Jose of No Way Jose fame joined me to chat about libertarianism and the infighting we see all around us. Jose Twitter No Way Jose 19 Skills Pdf Autonomy Course Critical Thinking Course Donate Patreon RyanBunting.com

Rachel Tobias joined me to discuss the World Economic Forum's plans for our future and how we may view and combat these plans in our own lives. Rachel twitter The Freedom Ministry 19 Skills Pdf Autonomy Course Critical Thinking Course Donate Patreon...