Inflation as a weapon of war. 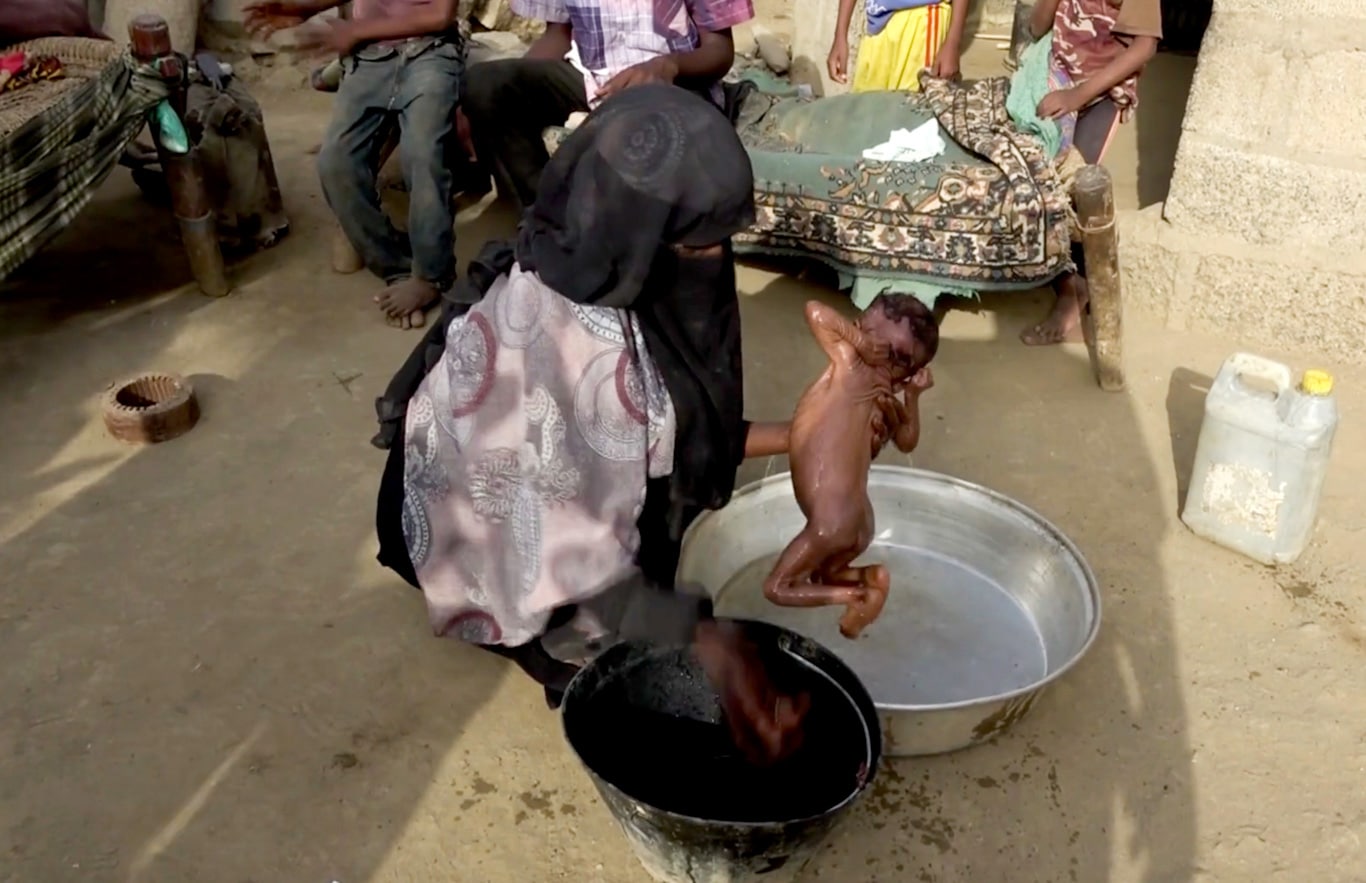 In this Aug. 25, 2018 image made from video, severely malnourished infant Zahra is bathed by her mother, in Aslam, Hajjah, Yemen. Yemen’s civil war has wrecked the impoverished country’s already fragile ability to feed its population. Around 2.9 million women and children are acutely malnourished; another 400,000 children are fighting for their lives only a step away from starvation. (AP Photo/Hammadi Issa)

According to local economists who spoke to MintPress, the reasons behind the collapse of Yemen’s economy and its currency are many and varied but the expansionary monetary policy that has been taken by Saudi Arabia is one of the key drivers of the Yemeni rial’s devaluation.

Local authorities supported by Saudi Arabia have regularly printed new banknotes in order to meet expenses compounded by the purchase of foreign currencies flowing into markets by foreign organizations.

By the end of 2019, the total rial liquidity in circulation in the country was more than three trillion, according to a source in the Aden-based central bank. As of the beginning of 2020, the bank has printed around 300 billion rials in order to address the budget deficit. The government of ousted president Hadi has largely relied on the central bank’s overdraft financing instrument to cover his spending abroad, including rent, travel, and entertainment.

Recently, Saudi’s proxies in southern Yemen have been selling large quantities of newly-printed banknotes in order to purchase foreign currency from the market and replenish their own foreign currency holdings. This has increased downward pressure on the rial’s value and helped drive inflation.